Please NOTE:- AS(OFF) in all tests on both machine (Main and Test), therefore

The tests that resulted in the creation/updating of xmp sidecar files and DOPs were conducted as follows:-

At a guess it looks like the “a|m|b” hierarchy was moved into the “as|ms|b|bb” hierarchy! I have had problems in the past with picking up keywords and moving them accidentally! In this particular case had I been running with AS(ON) the metadata would also have been “destroyed” at the same time!

It is far too easy to move the keywords in the keyword table by accident (and very hard to resolve the problem, if you even realise that it has happened!). This is less of a wonderfully flexible feature and more of a “trap”!

Currently with Post PL5.3.0 the user needs to do the following to restore the old behaviour

The suggested change would require the following to be executed

But the ability to recover metadata from the DOP is a potentially useful option for all users!

Because PL5.3.1 uses the DOP when discovering a new image, that was the first place to look and the DOP looks like this

But the xmp sidecar, written using a ‘Write to Image’ after all changes were completed shows the following, so why the difference (perhaps because the hierarchy was corrupted after the metadata write)? 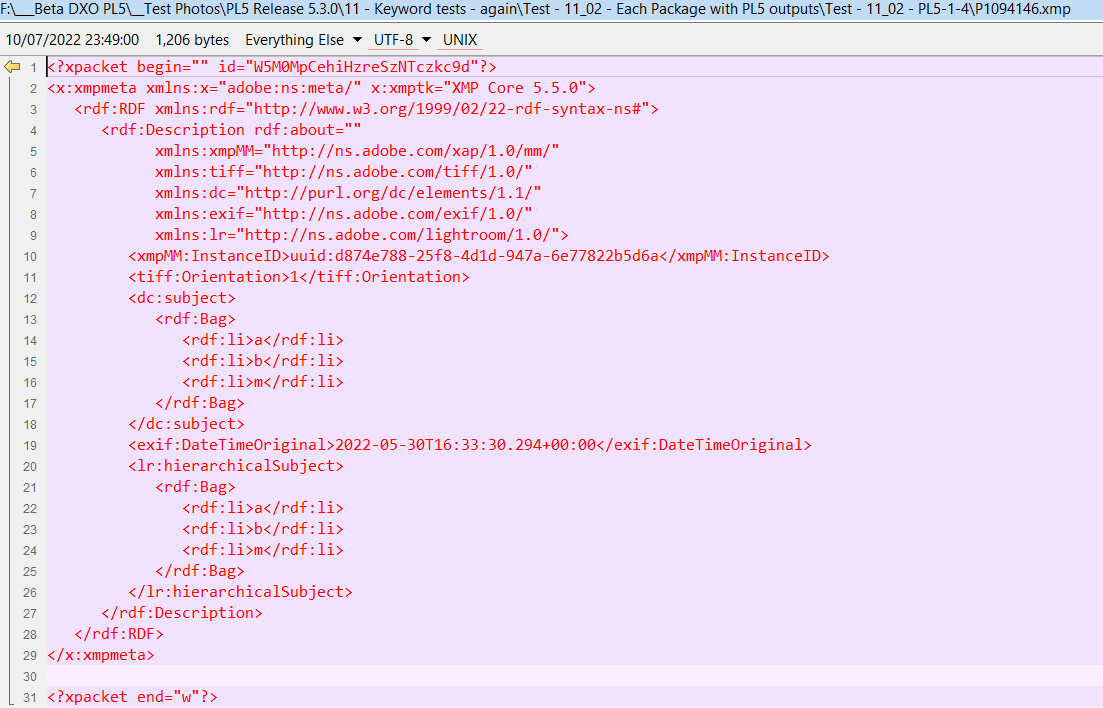 can’t see the forest for the trees, but I’ll try.

Is this what you say?
Did you delete the database between 1. and 2.?

@platypus It is but the problem is that the keyword tree became corrupted (somehow, or it looks that way), potentially by a mouse movement over the keyword hierarchy and I wound up with “a>m>b” “mashed” with the tree for “as>ms>b>bb” (animals>mammals>bear>black bear) somehow (or so it appears)!?

Then a few minutes after I had done the proper test and ‘Write to image’ the DOP was written and the keywords had been changed to the “nonsense” that I then encountered when the images, now in a new directory, were discovered by PL5.3.1!

I encountered this … by accident as any other user might. The keyword tree is way too sensitive and I have damaged it before, mix that with the PL5.3.0 change where metadata is taken from the DOP and PL5 is “good” at keeping the DOP up-to-date and we have a “perfect storm” (in a teacup!).

No databases were thrown away but I did move the original test images to a new directory for safe keeping but positively the wrong thing to do if you need to check the database that knew where they were (and are not any more!)

PS:- This is less a bug and more a set of unfortunate coincidences, which I “like” way less than a nice, reproducible bug!

keyword tree became corrupted (somehow, or it looks that way), potentially by a mouse movement over the keyword hierarchy

…this means that you accidentally changed the structure?

@platypus In truth I am not sure what happened! But the most likely sequence was

yes I believe I accidentally changed the structure

Okay, then its not PhotoLab, mixing up keyword structures, which would have been really disturbing.

Reading hierarchical keywords from files can wreak havoc. I’ve seen it, testing C1, Lr and PL, but the issue I found was when I read Lr keywords with C1 (version 12) and DPL didn’t cause issues during these tests.

@platypus I think it is more likely that I caused the issue. Both my machines have a separate keyboard and mouse so it can get a bit crowded on my desk or I did it deliberately to test something but I hate dragging keywords so that is unlikely, sadly I cannot remember exactly what I was doing!

Looking at the PL5.1.4 database we have 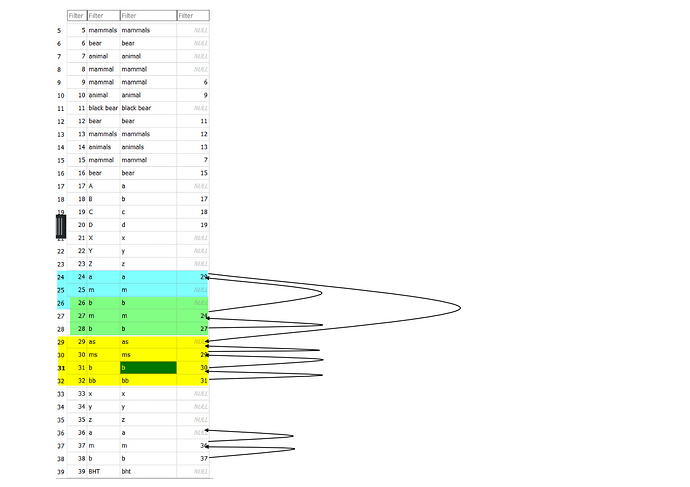 For this to work properly the entry at 24 should be NULL but it actually points to entry 29 (“as”, part of “as|ms|b|bb”), i.e. the hierarchies intersect, which they shouldn’t and I believe that they didn’t 3 minutes before the DOP write when the xmp sidecar was written/updated!?

When I started the topic I believed it was a bug, then decided it was “damage” started by me causing the hierarchies to intersect (somehow) but it is a good object lesson in the keyword handling issues and the repercussions of the DOP processing change!