I have been using Silver FX 2 for a long while. Using version 3 is definitely slowing down my productivity.

Previously V2 opened with my custom presets page open as it was the page I always used, I now have to select it each time I open the program.
When batch editing each image kept the settings I applied to the one before allowing minor tweaks. I now have to select the preset and reprocess each image.
I now have to wait for V3 to think about each preset before it applies it, a minor matter for an odd conversion but I do anything up to 60 in a session so speed matters.

In its present form would I recommend an update based on the fact the SFX is the only part of the collection that I regularly use? No i wouldn’t, the actual black and whites are not really that different to V2 and the speed issue is a killer for me I’ll probably have to go back to lightroom presets until theres an update.

At least yours actually loads.

Thanks for sharing this Kevin. Silver FX is the one Nik plugin I use fairly regularly. I’ll hold off on the update for now. May buy Nik 4 now at launch to help keep DxO in business but won’t install Nik 4 until Silver FX3 workflow/speed is improved. I’ll bookmark this thread and look forward to updates from the field.

I’m hoping that dxo will pick up on user feedback and help us out.

There is an annoying problem on the Mac version at least.

Open the app and straight away it goes full screen 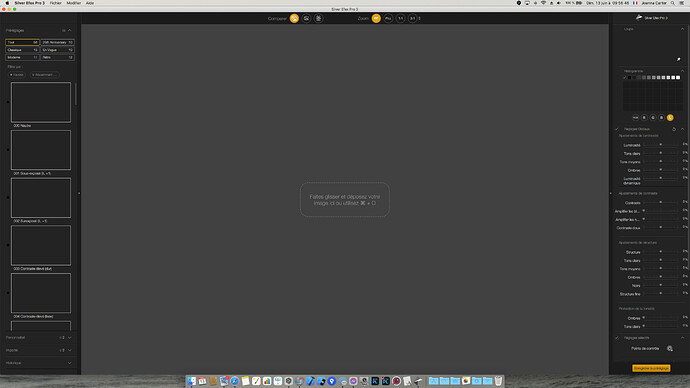 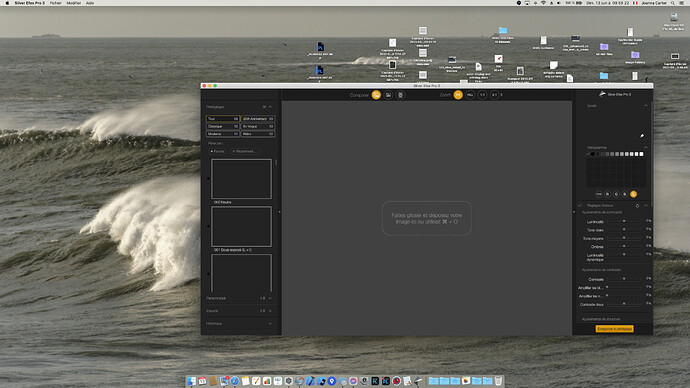 Then there’s the issue of multiple tooltips appearing when the mouse is not even paused or, most of the time, not appearing at all. 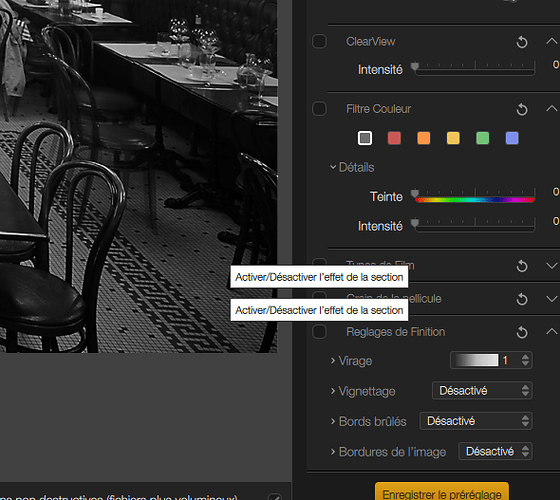 I have the trial version of The NIK collection nd every time I try opening Silver FX it clngs up my Macbook. I then have to shut down and restart. The previous Google version which I had been using for a few years worked fine.

If you’re using Nik 4 and SEP 3 - then you’ll probably be experiencing some problems, but the previous version works fine.

I believe that the mac version can be found

Thanks for that Paul, just the job

I have Windows 10 and have all the latest updates, etc. I also have a CPU and GPU that exceed the minimum requirements of Silver Efex Pro 3.

First, I had Nik 3 and “upgraded” to Nik 4. My mistake. I use stand alone version. I primarily use Silver Efex. First, it only loads from the windows program start menu. Second, the Silver Efex exe file is in a bin folder and is not in a Silver Efex folder.

Then, it load slow, loads pictures slow, and any adjustment I make to the picture, I have to wait what seems like an eternity to see the adjustment on the screen. So much SLOWER than Silver Efex 2.

Finally, what others have mentioned, my Wacom Intuos Pen Tablet no longer works in Silver Efex (was not the best in v. 2, but worked). Doesn’t do anything in v 3.

I’m so unhappy to have “upgraded” to v.3. I am now looking to find some other program for B&W conversion that will work. I would like a refund for my “upgrade” (really a downgrade), but I doubt that will happen.

I DO NOT RECOMMEND Silver Efex Pro 3 to anyone

downgrading … Issues with Nik4 - #8 by Wolfgang

Well, downloaded Nik 4.1 in response to my “help” requests. It appears they fixed the slowness problem. When I move a slider in Silver Efex, you can now see the results as you move the slider.

However, the Wacom Intuos Pen Tablet problem has not been fixed. I can’t do anything in Silver Efex with the Wacom tablet. But I can in all the other applications except Silver Efex and Viveza…the two “updated” ones!!

Why can’t they fix that problem??

Thanks for the field report, David. I’m holding off on Nik 4 until the Silver FX 3 reports are better as Silver FX is the principal module I use. Glad to see DxO is making progress.

MacOS field reports are very welcome as well, as I’m a Mac user (though I suspect many of the issues are cross-platform, platform specific information is the most useful).

Did some work on converting a color landscape to B&W last night. At first Silver Efex responded quickly, but as I added more control points it slowed down. Not terrible, but not as quickly as before. I suppose the number of control points have an effect on speed??

Based on a post by Wolfgang, I was able to get the Wacom tablet to work. BUT, it involved going into Windows control panel and altering some settings, including disabling Window’s Ink. Also had to change some settings in the Wacom tablet as well. Shouldn’t have to do that…especially since the tablet works in the other apps (excluding Viveza and Silver Efex). Altering these settings came from a Youtube post by someone…it was in German, as well as the screen shots, so it made it a bit more difficult to bypass SilverEfex settings to get the tablet to work.

The latest update to Windows 21H1 hasn’t changed those settings.