Sharpen The Zoomed Out Preview

Please sharpen the zoomed out preview in both library & edit mode. It’s quite poor for such an advanced raw editor. Or at least provide a check box to enable high resolution preview when zoomed out.

One of the first things that hit me with PhotoLab 3 after using Lightroom for so long, was how blurred the preview is when zoomed out in both library and edit mode. It’s fine when at 100% or zoomed in, but the poor overview makes things look out of focus when they really aren’t.

Added sharpening is not visible below 75% zoom which I sometimes find frustrating, however, I have never noticed any of my images looking blurry/out of focus when zoomed out.

Yes it looks much better at 75%. But when compared to Lightroom the PL zoomed out preview <75% looks slightly blurred. When trialing apps, I found the only 2 editors that give tack sharp zoomed out previews where Lightroom & Exposure X5. I guess most people just get used to it if not switching. It’s subtle, but frustrating when used to a clearer preview. Could put a few people off. Thankfully the fully rendered exported images are much much better.

A checkbox to allow extra GPU work for those who want a sharper overview would be useful. That’s what ON1 Photo Raw does.

I have brought up this subject a couple of times already during the past 2 years. Clearly it’s based on a performance issue. I had hoped that they could change that threshold from 75% zoom to a more usable 50% zoom, but it’s obviously a complicated process. Based on a recent thread, there are things that are impacted by the less than 75% zoom level other than just sharpening. I had recently suggested a preview option not very unlike an export, but without file options or the creation of an actual output file, which presumably would render a preview faster than the creation of an output file would.

I’m sure the preview algorithm could be tweaked to allow more resolution using GPU processor threads. Not sure I’d want Prime NR in the preview though. Think that would slow it down way too much.

Let the customer decide if they want clearer but slightly slower rendering zoomed out previews. Most dedicated graphics can handle it these days. By sounds of it what they’re doing at >75% zoom just needs to be applied to <75% via a preferences checkbox.

This issue only has 2 votes (including my vote). I find it somehow strange.
When I process my RAW files it’s somehow annoying if I can’t see a sharp image. If I blow the image to 75% or 100% the image is just fine. But I can’t develop my RAW files at 75%.

Below are two previews. You can clearly see how DxO preview is not sharp. 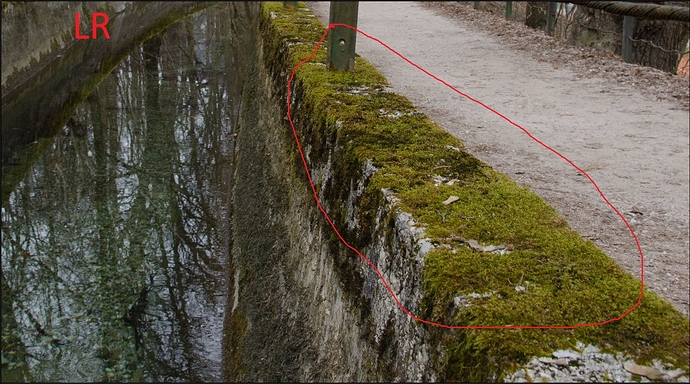 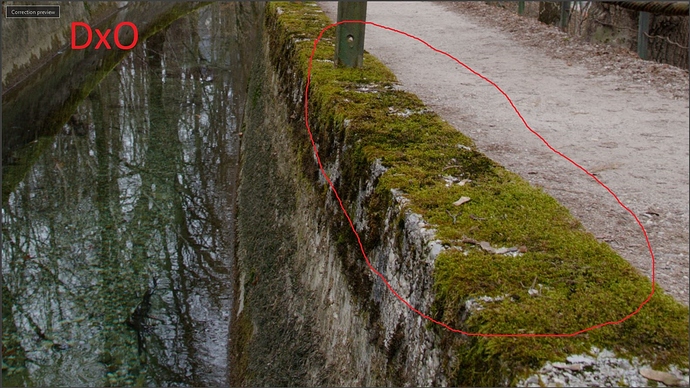 For me it is something very annoying. In fact, due to this issue I use another program (Faststone) to view the photos once they are processed, when it would be best to use a single program for everything.

Thanks for posting this @Martin2020. I’ve posted similarly on one other thread already, but your seems to be a poll or something so I’ll add something here, too. I’ve recently switched to a Macbook M1 and am trying out a few different photo editing tools as I move away from using Lightroom for roughly 10 years.

In DXO, I almost immediately noticed my images were being displayed more blurry than I thought they should and soon realized that it’s intentional and likely performance related. I can appreciate this may help some users depending on their computer specs, but if there isn’t a setting available to remove it then this will be a deal breaker for me. I have a serious laptop here and should be able to view my images with all “corrections” applied at any zoom.

At this point I don’t even want to invest more time learning DXO. I had a good time trialing Exposure X7, but there were a few app crashes that troubled me. After DXO, X7 is looking pretty good.

but if there isn’t a setting available to remove it then this will be a deal breaker for me.

This is really something that DxO should investigate: make much more options available in “Preferences”.
For now it’s too much “take it ot leave it”.