The labeling of the tools in the right panel - almost unreadable:

Compared to the labeling of the presets in the left panel:

They seem very readable to me.

@Klick I am on a Mac and it looks like the release they made Friday July 30th corrects the problem. It appears the two panels are now of equal brightness.

@mwsilvers @ButchR
Not the “titles” when the tools are collapsed: 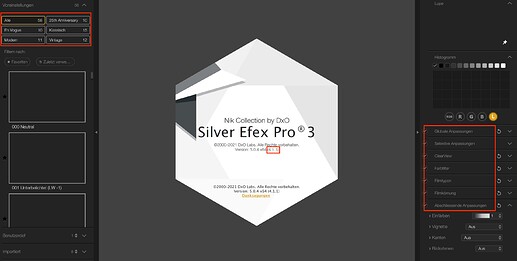 @Klick I see what you mean. I was not focused on the collapsed titles. I have now voted. 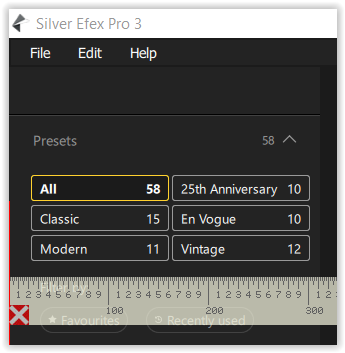 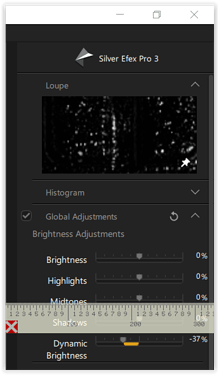 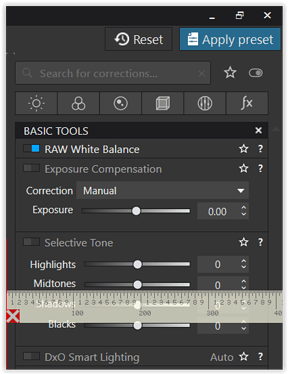 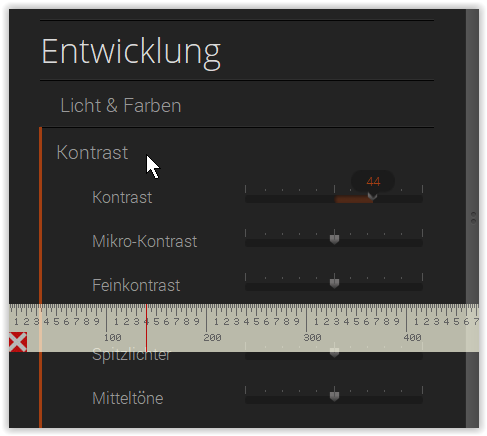 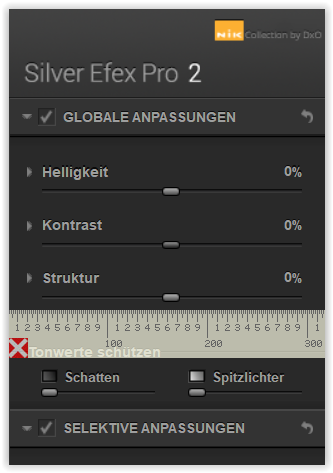 @Wolfgang , you are referring to the width of the palette and thus the spacing of the letters, right?
For me, it’s mainly the brightness and contrast of the font.

@Klick
you are absolutely right about brightness and contrast – especially with fonts so small.
Plus, in a wider palette there is more space to structure and organize for quick overview.
– First hand, it’s about usability, not about a whatever slick design.

I agree this is one of several things that need changes

As I have been watching several published webinars about SilverEfex Pro 3,

I thought, there is a size difference on the RHS of SEP3 between the Mac versions and Windows.

So, I took screenshots from Dan’s transmitted video, which appears at roughly the same size
as those from PhotoJoseph, and included → www.pixelruler.de to compare width. 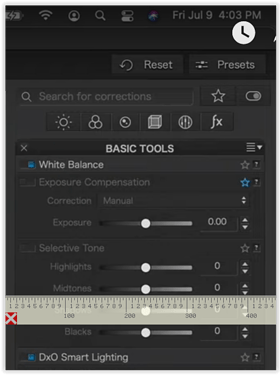 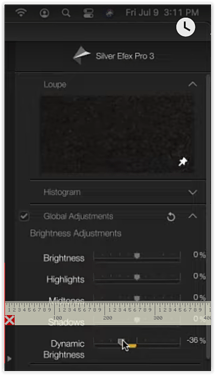 In comparison to PL 4.3.1, the difference for SEP3 between the transmitted Mac version and Windows is striking … so, what’s wrong?

Apart from obvious requirements to transmit the webinar,
– the Mac version’s RHS panel/menu in SEP3 seems to be (much) wider than in Windows.

Of course, it’s not only the width, but the lacking contrast with labeling so small !

I have really no idea if you can compare screenshots of a YouTube video with your monitor display. Besides, as far as I know, YouTube edits the videos while uploading them. 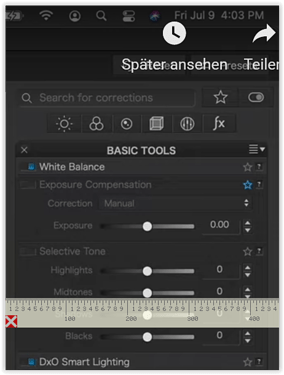 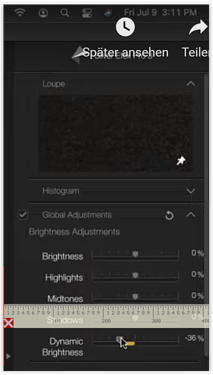 The pixelruler ( www.pixelruler.de – Win ) shows, the screenshots taken from DxO site are almost exactly the same width as those from the YouTube video.
– If you / someone is interested in the real size … (calibrated pixelruler for my screen).
– And, I chose this webinar because PhotoJoseph uses his camera in between (his ‘main frame’ jumps forth and back), while Dan Hughes doesn’t.

So yes from my impression, the Mac version’s RHS panel/menu of SEP3 seems to be (much) wider than in Windows.
– Maybe someone from DxO will let us know and explain, why the Windows version is smaller than the Mac version – or not.

Hi @Wolfgang , I understand what you are saying. I’m just not sure if distances that are taken from a YouTube video actually correspond to reality. Because YouTube “optimizes” videos when uploading them. Maybe they are also minimally distorted by this.
Anyway, the fact is that these labels are hard to read. Therefore: