I have scanned in a few old photos with my Canon 5600. My scan settings were Greyscale @ 600dpi. I preprocessed them while scanning them to get the best scan and I saved them in TIFF format to allow the best latitude while post-processing. When I open any of them they are all 100% negatives. I find no way in the app to reverse positive to negative or vice versa. Frankly, I don’t think I have ever used a photo app that did not let you invert the image in that manner. So, I need to know whether I should scan them differently and save in a different format, or I should open it in some other app, like LR. Or I need someone to tell me where to find the invert image tag. Any help - I am all ears, and that is hard to explain to my wife!

AFAIK there is no single “invert” command but You can invert the “Tone Curve” for an image - same effect. Then You could save this setting as a preset (or part of a preset)… I am surprised your scanning software won’t do this operation for You. 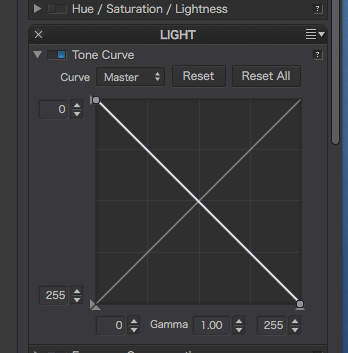 I just did a test with TiFF images scanned with a Nikon Cooscann IV and I do not have this problem.
cordial greetings

Greyscale scans can sometimes be a problem because some Apps don’t understand a greyscale colourspace. If you scan in colour, these problems are gone at the cost of bigger files.

The scanner has color, greyscale and B&W. B&W is too harsh and does not do much in the greys. I’m certain you are familiar with this. So, I’ve scanned all sorts of things in GS, but never had this problem. I will see what your solution does. Had not thought about that. Will let you know. Thanks.

Thanks, I did give this some thought and if I go that route I can just turn the saturation to zero and that pretty much takes care of it. This is an odd detail – I loaded them into LR and then handed them off to PL2 and it did the exact same thing - went negative! I sent it back to LR, and it had a permanent effect on the photo as it came back as a negative. Personally, I find this to be a lack of imagination on the developer’s end. However, I also have Skylum’s Tonality CK and it is for B&W, and it does exactly the same thing! Hmmm. I’ll find the workaround, and will post it when I find it. I have 2 really good suggestions, and I’ll let you know. Thanks!

Jim Scott - That did work fine. It sorta makes your contrast and exposure sliders seem a bit backward, but hey, I can live with that. This also solves the export to LR problem. 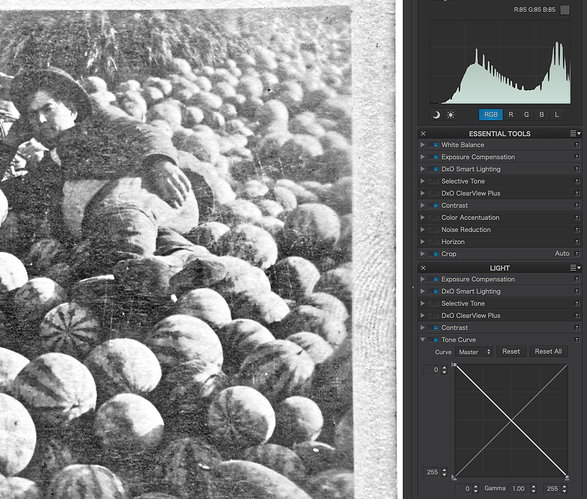