PL5.3.0 on Win 10 appears not to fix missing Conflict 'S' with JPG and produces unexpected 'S' for RAWS?

@sgospodarenko I am disappointed to see that the missing Conflict icon (‘S’) when changes are made to a JPG does not appear to be fixed with this Release.

In addition I got unexpected ‘S’ icons for two RAWS that I set up yesterday with PL5.2.1 when testing what keywords various software produces in response to various combinations of keywords entered.

I am appalled that the ridiculous changes have been made to the product that effectively removes the existing ‘No sync’ option and replaces it with a “resurrected” version of what used to happen with PL4 DOPs (which that was with a much smaller set of metadata).

If DxO wanted to re-introduce this technique then it should not have been introduced in this way! Those that choose not to use ‘Always synchronize’ are now going to have metadata taken from the DOP for newly discovered images.

I will test the full implications of this shortly but it should have been a separate option, even if that takes a “lot of work” adding the new option field to two versions (MAC and Win10), in multiple languages and with amended documentation. I wrote this when I tested it as part of PL6 Beta but …

The DOP and the Sidecar files:- 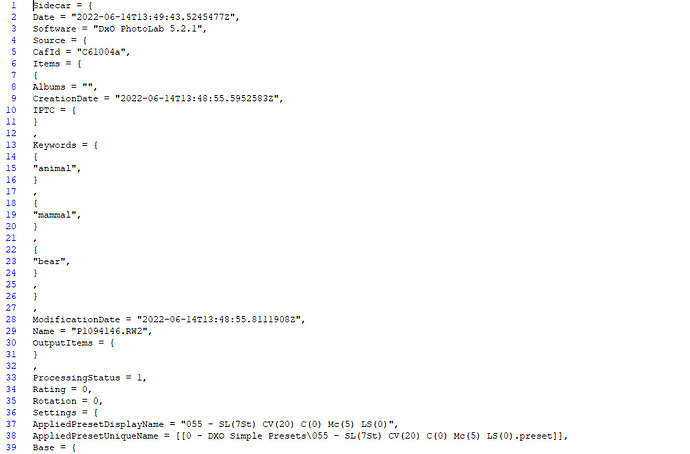 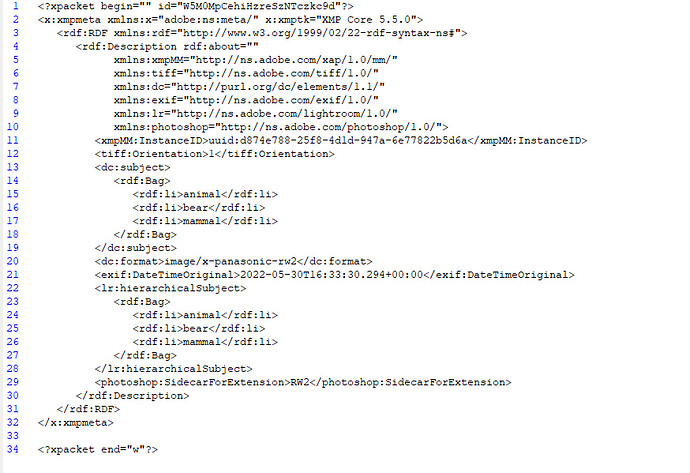 I am confused as to what those like me who use an external DAM should be doing now the don’t sync setting looks to have been removed, maybe I am confusing things. They do appear to keep changing things with no explanation as to what the changes mean and how to use them. I just what my DAM to be the only one effecting the role it does, keywords etc. O
I am concerned this may mean data in my XMP will not be read by PL and export the keywords and it had been doing, as said I may be misunderstanding this but the total lack, again, of information from DxO is very unhelpful.

@John7 You have got it exactly right.

DxO had got themselves in a hole with PL5 metadata handling (in my opinion it wasn’t originally a particularly big one), principally caused by a lack of documentation at the very beginning, and then “listened” to what some of the users said in the forum and then started digging in that hole even more and have made it much, much worse!

My belief is that the DxO UI “police” don’t want the UI changed except when a host of new features come along. e.g. when PL6 is released. In particular they appear to be paranoid about making any changes to the preferences screens!?

As I suggested above a “simple” change to add a new field in the preferences would have enabled the following;

So far they have deprecated two “features” and we are expected to accept that the new way is better - well it isn’t and in both cases the new feature should have been added to the existing repertoire of features, with an option to select it or not, and not replaced a feature without a “by your leave”.

The sheer, unadulterated, arrogance is beyond belief!!?? @sgospodarenko, @alex

@John7 Try this PL5.3.0 Re-instating the previous Features of PL5 with AS(OFF)

I have never enabled it and its still off.

@John the procedure I have documented is to “restore” the original AS(OFF) procedure or rather to give the same results, nothing has changed with AS(ON) (I hope)!