I shoot with multiple camera bodies and store the files in a single directory (e.g. for a certain event because I want to see all images in the same context). The image order settings allow me to view the photos within PL5 in the order they were taken. However, when exporting the images, the names used are the ones given to them by the camera. That means that people who would like to view the images and don’t have software that orders by EXIF timestamps, aren’t able to see the images chronologically. However, if there were a way to add an enumerating prefix to the file like

where PREFIX could be an enumeration of the exported file you’d get an enumerated export:

This would greatly help with handling exported files. This way you could export files chronologically.

… software that orders by EXIF timestamps … 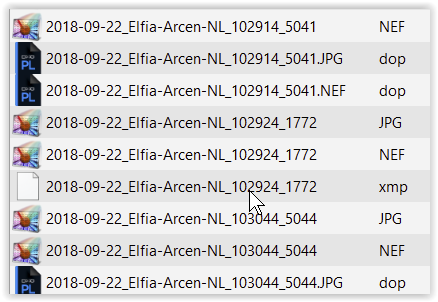