I saw some strange behaviour: the white colors of a elektronic billboard are changing between 22 and 70%. 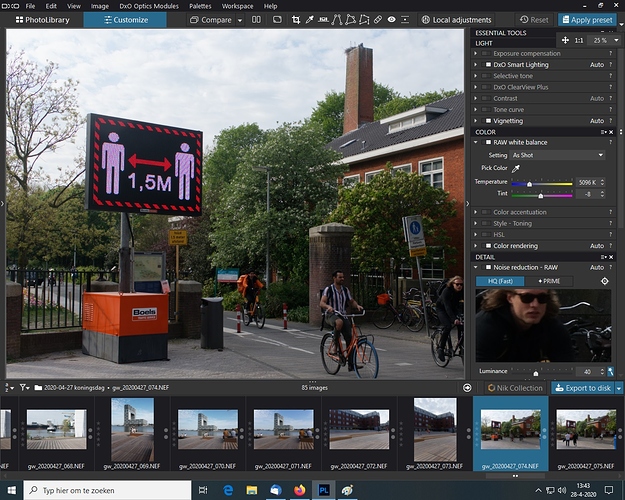 The picture 75%.The right colors further, just as below 25%. 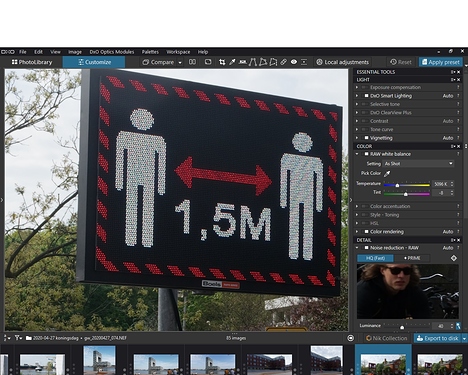 When exported as a jpg they’re right all the time.

Microcontrast? Sharpening kicks in at 75% individual leds edges are actentuated with blacklevel.

I didn’t do anything. To be sure I selected no correction as preset. Under 25% it’s ok again.

The billboard is covered in a regular pattern of LEDs. What you are seeing is simply moiré, which will differ at various magnifications. It’s not your image or the settings, it’s a combination of pixel pitch, your screen resolution and magnification.

I already thought it was related to the light source. But I can’t figure out why under 25% and above 70% it’s ok. And also in the exported jpg.

I played with the moiree slider, no effect. It’s only visible above minimal 75. But the effect is disappearing below 25%, 22% and lower. And no problem with the jpg.

Like I said, it’s a result of pixel size and viewing scale. The colours are not actually part of the image.

No, it’s no moiree. Moiree is changing with the magnification constant. This doesn’t, it just diasappears when exceeding the range 25-70%. It’s PL. I don’t have it with other converters. And it’s not with jpg either. It’s related with the range 25%-70%. PL is handling that in a strange way.
Tif doesn’t show this fault either.

can you turn off or down lens module? (no sharpnes applied when zooming?) 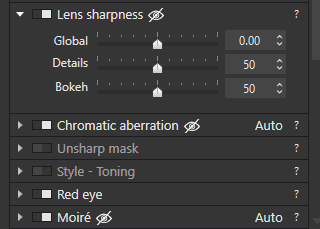 (the crossed eye’s are 75% zoom related)
turn those off to not effect the threshold of 70-75% as test.
Those colors in the white puppets are also to see moving around yourself with your eye’s typical leds issue. (very low resolution tvleds thing)
i am pretty sure it’s related to that.

Everything switched off. No white squares.
I’ve been looking for another picture with an elektronique billboard, but that had different bulbs. It’s that mystical boarder of 75% of PL. And at the bottom the 25%. Only with PL and raw.
When I open that picture it’s shown first in the right colors, then the program does some calculations and changes the color.

So not with an other application as FRV or other developer?
Can you put up the rawfile so i can see for my self?

Hi made a clip out if my test
FRV Shows the leds groups quite well. and turning off Chromatic aberration in DxOPL does show a bit those leds.
i think CA- correction is overreacting on those leds.

Still that strange range of 75-25% in which it shows something else as in the outer range.
What is FRV?

Having just downloaded your file, this looks to me exactly like I thought. It is a sort of moiré caused by interpolation of the various coloured “pixels” in the billboard.

Here’s a screenshot at 400%, where you can see that the LEDs that make up the “white” are actually multicoloured 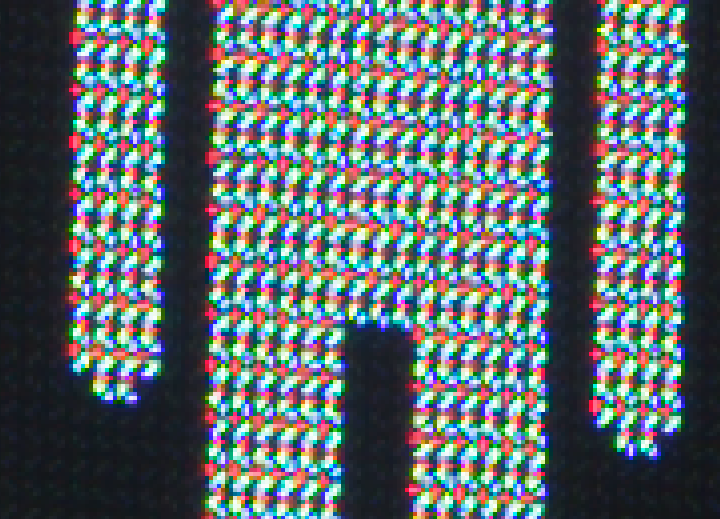 Which LEDs show as colours will depend on the ratio between the pixel pitch of the image and the screen. 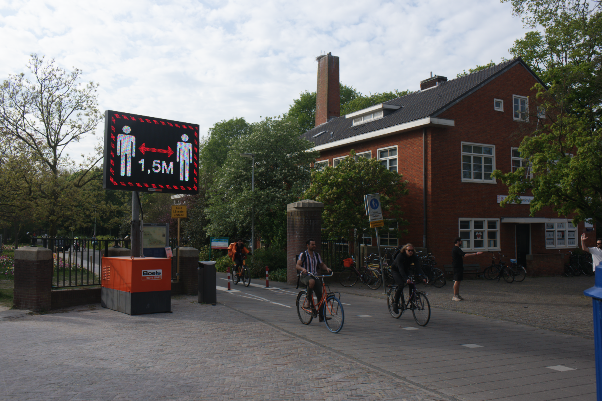 Still, like George, on my 4K monitor it shows up as white below 25% zoom and at 75% zoom and above, It is pink in between those zoom levels. I’ve occasionally seen something similar on my raw images which was not related to LEDs. Sometimes a pinkish hue occurs in areas of the sky intermingled with tree branches, and disappears when zoom reaches 75%. I’ve tried testing everything to identify the cause and the only common element is the zoom level. It it not chromatic aberration, but I did test for it. Thankfully It hasn’t happened often,

True, i have the idea that dxo react more then my other raw applications.
Maybe because of the lens module algorithm.
In principle is every image taken from "color"rgb displays has color shifts in some way.
A 90 degrees taken image and with pixel display and camera sensor 1:1 would be a exact copy and no color shift if the leds are in the same fysic layout. But this is almost not possible.

What is interesting is that when first opening George’s raw image below 75% zoom, the sign is white and after a couple of seconds it turns pink. It suggests that PhotoLab is adding some processing that accounts for the change in color, however I was using the “No Correction” preset and every feature in PhotoLab was deselected. It is as if there is processing applied that we have no control of and can’t turn off. I thought perhaps the camera/lens profile was responsible but I tested the same image on a different copy of PhotoLab and got the same results even though I didn’t download the profile.

What is interesting is that when first opening George’s raw image below 75% zoom, the sign is white and after a couple of seconds it turns pink.

Something is added to the picture in that range that shouldn’t be added. As far as I could check it, it’s only with raw in PL. When you export it as a jpg or tif you won’t see it either