Hi PL,
There as still some UI issues with PL that affect the workflow useability.

By that, do you mean this;

??
If so then I agree that this is somewhat confusing - because all that does is display (rather pointless) information intended to explain the status of certain windows/screens - such as this:

To actually see information about an image, you need to press Ctrl+I … for Image Properties.

Thanks John,
on the Mac the shortcut is ‘I’ and shows ‘Correction preview’ which is meaningless as you mentioned. When pressing Ctrl or Command or any key with the letter ‘I’ nothing happens. 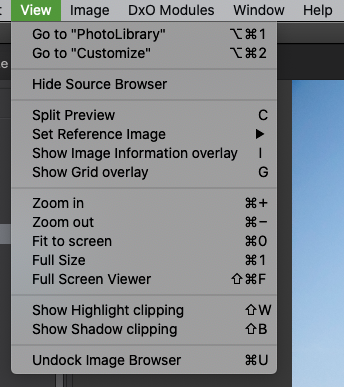 On the Win version, there an option in the main Help menu to list all Shortcuts; the shortcut for Image Properties is listed there … Perhaps there’s a similar menu option on the Mac version (??)