Zoomed-in area of the viewer should be maintained when switching images, especially if orientation doesn't change

If I zoom in on a straight-out-of-camera portrait-oriented image (RAW or JPEG) using the image viewer, and then switch to another such image, the part of the image frame / camera sensor that is being viewed doesn’t change: 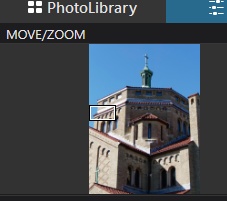 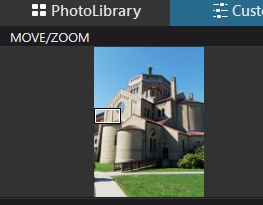 However, if I export an edited RAW image in portrait orientation to TIFF, and then switch the zoomed view between this TIFF and the RAW image it came from (or the corresponding out-of-camera JPEG) for comparison, it doesn’t work: the loupe is examining different parts of the image frame / sensor area because the orientation of the TIFF is 90 degrees from what came out of the camera: 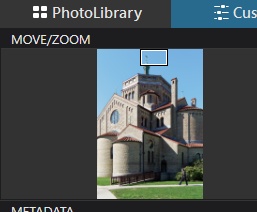 Because of this, I can’t switch among the images to make pixel-level comparisons. I want to do this for certain cases, such as this one:

I used an Auto Mask to erase a shadow being cast on a concrete path and the grass next to it. Raising exposure and moving white balance toward yellow and red neutralized the spot, but left a colored boundary. Before local adjustments: [shadow before la] After local adjustments: [shadow after la] I decided to try a combination of cloning and healing using the Repair tool. However, both modes darken the boundary despite copying pixels from the interior of the lightened area. The healing mask …

I’m submitting this as a feature request rather than a bug, because I sent a similar report to customer support years ago, which involved switching between a portrait-oriented RAW or JPEG and a landscape-oriented image. I’d been told that the behavior would be changed, but it never was: 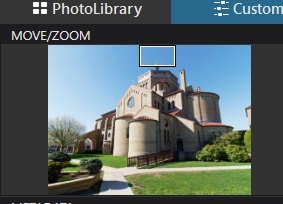 That is correct I first noticed it in earlier versions of Photolab. It’s definitely a distraction and should be fixed, but the overwhelming majority of my photos are in landscape orientation so I kept forgetting to mention it.

A few tools change the zoom level and don’t return it to where it was before. Annoying behaviour indeed!

Everytime i need a comparison , up to 4, i start FSIViewer along with PL and look inthere. Ok the edit changes arn’t visiual unless you export a 16bit tiff or jpeg and select those.
(set up in FSIV is renderrawfile takes more time but doens’t use the embedded jpeg which is smaller in resolution.)

DxOPL should look at that to adres feature request’s for PL.