The sliders in PL work differently to other software I use. The shadows/highlights impact different areas and there is no white slider. I struggle with this, I really do. My images often look flat and lifeless yet the same edited in Capture One look so much better. I am not talking of image quality in terms of sharpness etc but the basic controls for tweaking the image. What am I m missing? There must be something but I am failing to find it

I am in the main editing X trans but it is the same on my nef files.

Don’t try to equate PL’s tools with those of other software. Especially if you are trying to work with highlights. PL’s tools can be both more effective and selective.

Do you want to share an image you are having problems with?

I shall dig one out Joanna but in all honesty it seems like all of them. Anything in PL looks flat beside the likes of Lr - the controls just seem to suck the body out of them. The starting point is not great either but maybe that default preset is not that effective. A round trip to Nik usually sorts it but that should not be the answer.

Do you want to share an image you are having problems with?

Is this any closer to what you were hoping to achieve in PhotoLab? It is hard to second guess anyone since we all may have different expectations. I knocked this off very quickly and would do more if I had the time right now. Your unedited original follows my version. 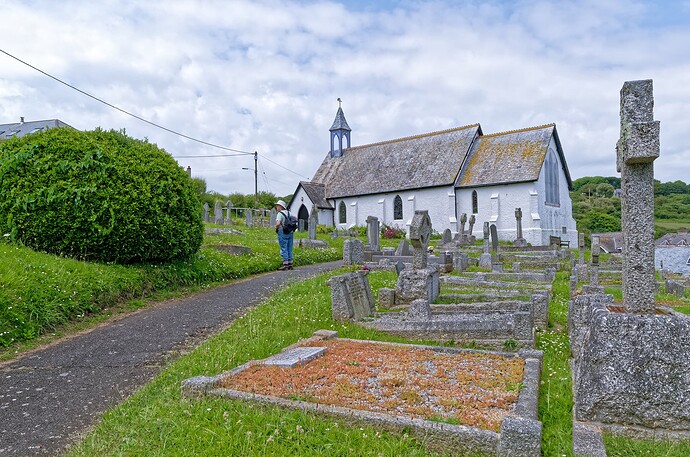 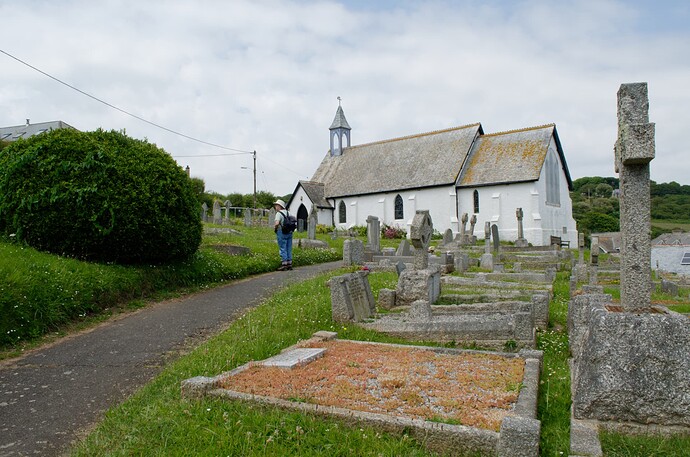 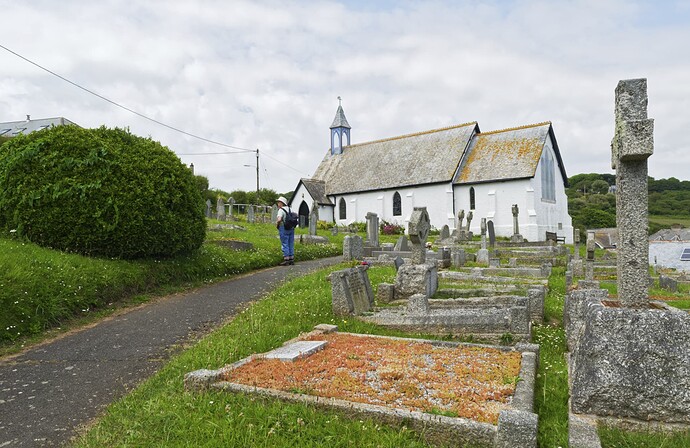 didn’t even touch the Selective Tone sliders – but

With an overcast sky the contrast is not high. But you still can bring it all up how you want it.

Knowing Cornwall, how about this? 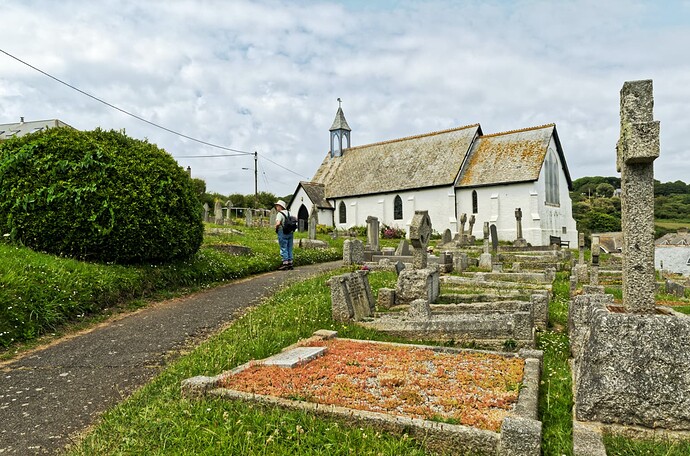 DOP file (yours as Master, mine as VC1)…

I notice you are using the Landscape picture control on your camera - this can give a false sense of saturation on the back of the camera and some software can try to replicate it but, in my experience, PL doesn’t, which in my mind is a good thing as it gives you a flatter rendering to start from.

What a great gang we have on here. It is one of the reasons I want to crack PL. All the above are roughly where I can get to but they all seem just a little bit flat. That might just be that my expectation is wrong but it does prove I am on the right track. You are right about the picture control, Joanna, but that was a while ago and I now shoot Fuji x trans. @wolfgang you refer to Smart Lighting (something I tend to shy away from) and the spot weighted approach. Could you explain the technique please?

Thought I should attach my own version. 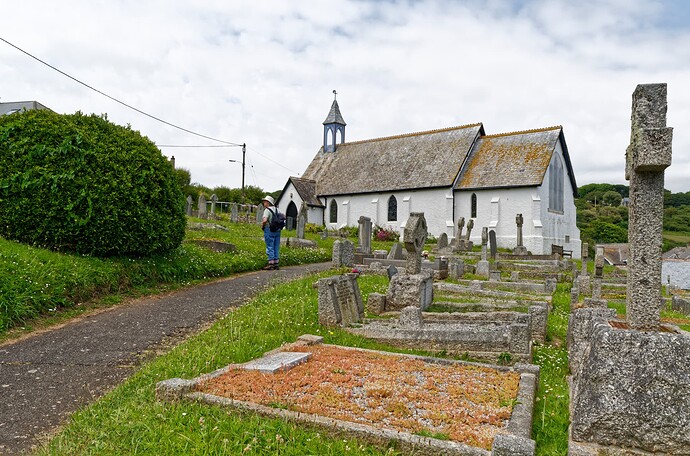 Look, I know it’s a bit of a daft question but, is your screen calibrated?

Hi Colin,
I think there are other threads that can testify pl can do good things but in a more complicated way sometimes than just using sliders, which i regret. Setting black and white point is so simple in Lr and c1.

Have you processed your pic with c1 to show us what your expectations were ?

@wolfgang you refer to Smart Lighting (something I tend to shy away from) and the spot weighted approach. 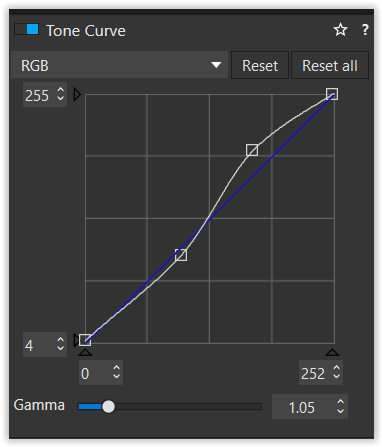 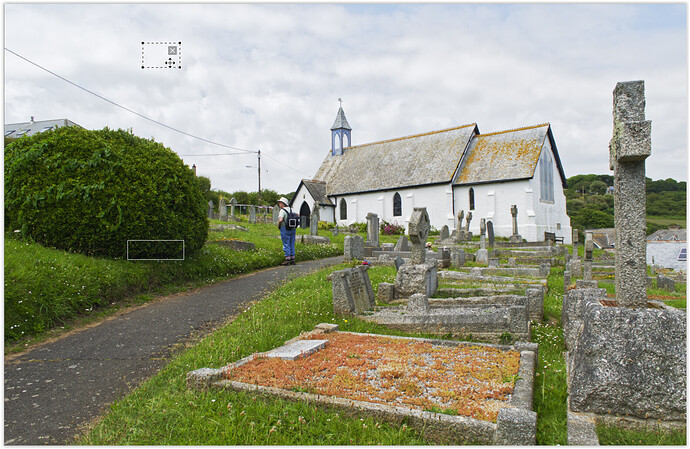 description took longer than the adjustments

It is, or I am assured it was calibrated on my desk. What might be an issue is the screen adjusting automatically to compensate for lighting conditions. It certainly appears less bright in the evening/night when internal lighting is on.

In that case, it isn’t properly calibrated. The brightness should be fixed, preferably around 80cd/m², especially if you are planning on matching for printing. This may be why you are perceiving what I am seeing as a good contrast rendering on my calibrated screen, from most of the versions you, I and others have posted.

The other thing to bear in mind is that RAW files do usually appear relatively flat because they have so much more range that can be extracted. It’s just that some software can render such files according to their own demosaïcing algorithms - and there really isn’t one way that is “right”

Essentially, I do the same as you, just the other way around. I start with the Smart Lighting and then move on to the Tone Curve.

Out of interest, I have found I get a better “starting point” with the Smart Lighting if I place larger zones… 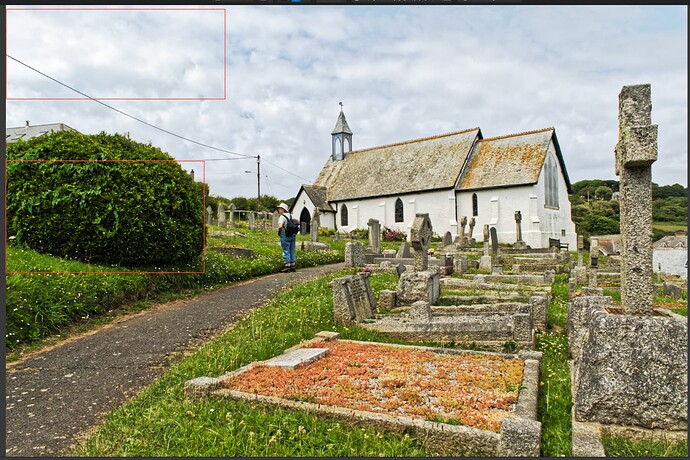 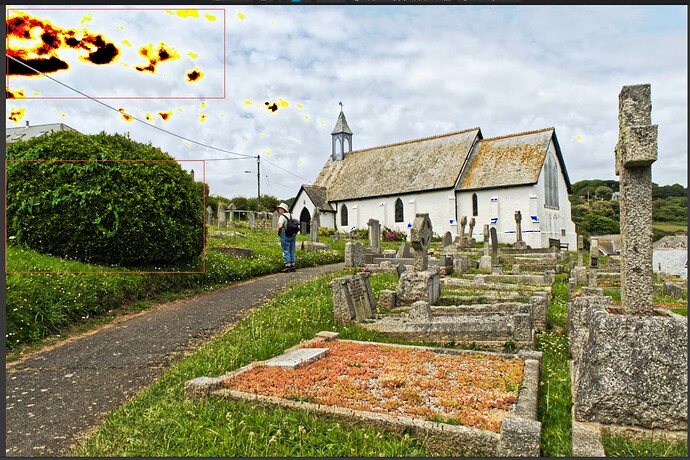 For the Tone Curve, I often end up with almost the same shaped curve that you have… 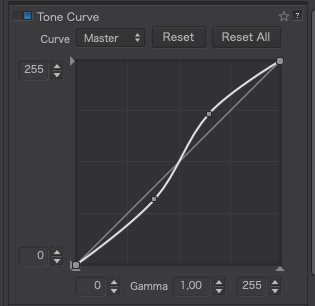 Some great tips there folks. Many, many thanks. Now off to play some more. 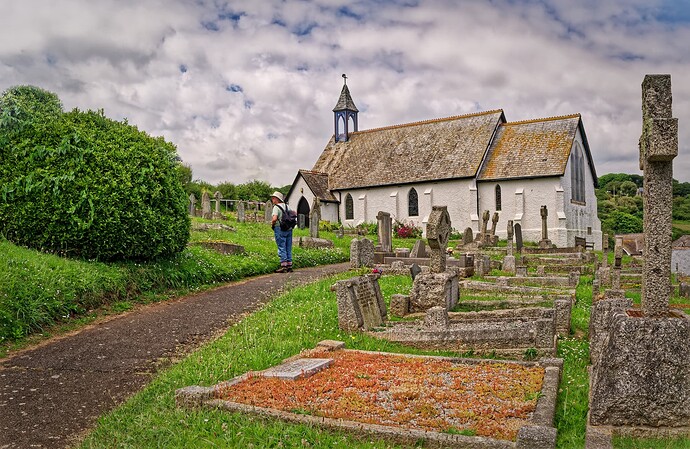 Thanks Mark. Looking at the original image generally, it is quite a challenging one (to me anyway). There is a lot of detail/structure in the image together with a lot of green. Now colour control in PL is something I really do struggle with; getting what I see as a nice grass green for instance can take an age. Wonder if colour range masking via the control line will help?

But it does go to show that everything you are likely to need is possible in PL.

Looking at the original image generally, it is quite a challenging one (to me anyway). There is a lot of detail/structure in the image together with a lot of green

In this image, we are dealing with a 16Mpx DX sensor and what looks like quite a soft zoom lens, which is always going to struggle with lots of detail. Here’s a 200% screenshot of part of your image and you can see that there is very little true detail in the grass… 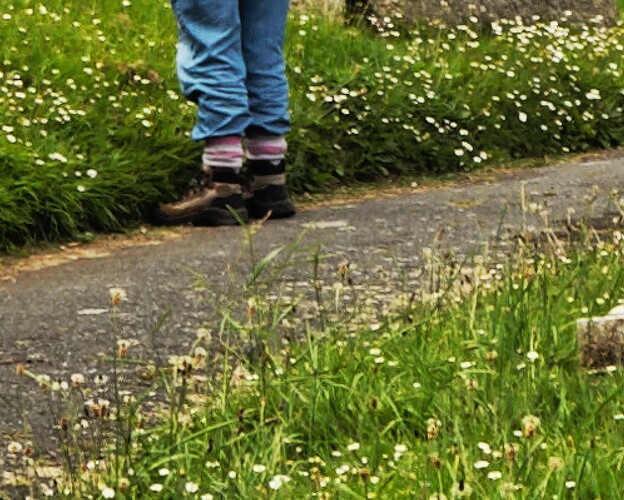 Now colour control in PL is something I really do struggle with; getting what I see as a nice grass green for instance can take an age

This can be down to the settings in your camera rather than PL. I would recommend you set the Picture Control (or whatever it’s called in your other camera) to Flat rather than any of the presets. Then you stand a better chance, starting from neutral and not having to fight what the camera thinks it should be.

I also highly recommend you do not automatic white balance, as this is, once again, letting the camera decide instead of starting from a known “neutral” point. Since colour temperature at shot time is only recorded for reference purposes and doesn’t affect the RAW data, I would advise you to set it to manual 5600°K, which is the industry standard for daylight colour film. See if it makes any difference.

Wonder if colour range masking via the control line will help?

In a word, unlikely.

Here’s an image that I took with a Nikon D850, with plenty of grain leaves and texture…

Is this the kind of thing you would expect?

What might be an issue is the screen adjusting automatically to compensate for lighting conditions. It certainly appears less bright in the evening/night when internal lighting is on.

Have you got True Tone and Night Shift turned on? 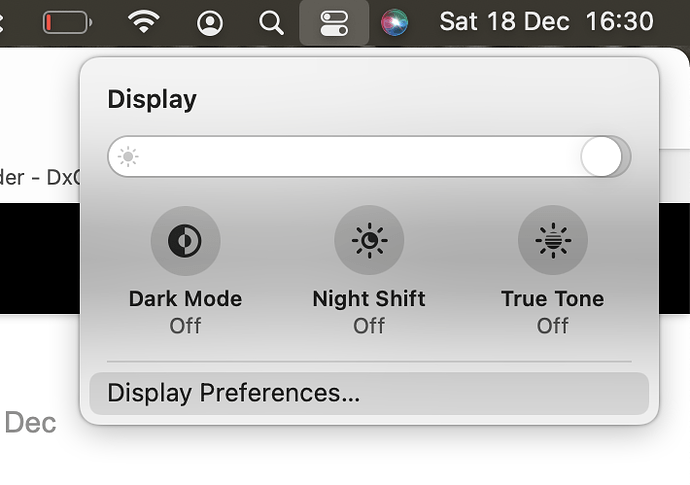 Definitely worth turning off when editing.