What are the most important improvements for v5?

Peter. See my post here where I show it is possible to show a different name, at least for the master. AS I say elsewhere in that discussion, surely this could be leveraged to allow renaming of VCs?

surely this could be leveraged to allow renaming of VCs?

they already have a unique name namely VC1 VC2 VC3 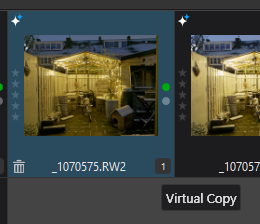 This popup label when hoovering over the number could be also a be user typed text.
say 1: B&W or 1: phase 2 or 1: trail 2 and by clicking on the number you get a field to type a few characters only showing in hoovering or when used ctrl+i.
This label can be stored in the dopfile.

A floating popup would tackle this.
Move around and stil be able to use global adjustments. 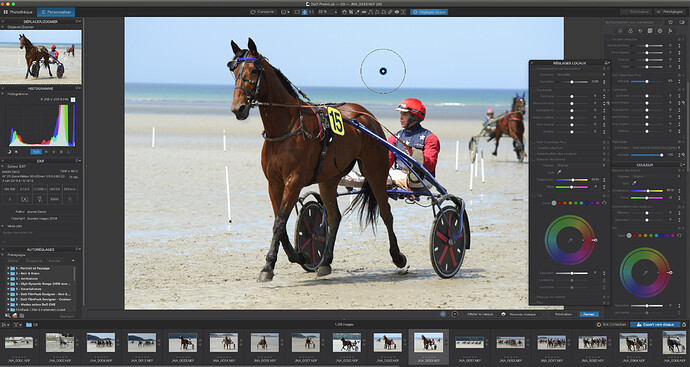 Or could it be confusing with the same tools visible at the same time in the main palettes.

they already have a unique name namely VC1 VC2 VC3

But wouldn’t it be better to be able to give them more meaningful names?

This label can be stored in the dopfile

Indeed. That is what I was getting at when I hacked into the master file. Something I couldn’t do with the copies.

Dear Santa Claus, i have been very wise and kind. I would like for next Xmas, or before, a new rev for dxolab with those improvements

The following list will determine if I will update to PhotoLab5. Strong words like “revolution” will not impress me:

Those vc names(vc1 vc 2 etc.) are writen in the dopfile so there are already “headers” with adjustments so it would not be that difficult to attach a textfield to that section right?

Lots of love for the idea of combining crop and rotate/horizon, but I would elevate the above point over that. If I had a dollar for every time I’ve had to re-enter crop mode to get rid of black corner!

The ability to Folder create, rename, move, copy and delete inside PL on a Mac

Thanks for the initiative. I want a competent IPEG Denoise function.
I like to propose a denoising for jpeg files comparable with prime/deep prime or Topaz AI. PL HQ is simply not good enough, and Dfine not much better. One reason for this request is, that Deep Prime has improved RAW develoment for older MFT cameras significantly and led many users including myself to reprocess the old RAW files. However, 15 years ago data storage was still expensive, and I have deleted many RAW files in favor of the JPEG files. I would prefer not to have to use TOPAZ Denoise AI for these files rather than integrate this feature into PL. This would be certainly worth the expense for upgrading.

Anything else is icing on the cake to me.

Personnaly I think it’s premature to talk about a major update (5.X) when I’ve just paid for Photolab 4.0. I’m hoping i’ll get at least 12-18months before having to pay more.

Yes also true,
What i ment to do is trying to see what we missing out on and see if we can get a list of importancy which needs to be adressed, in v4 updates and otherwise at least in v5.0 not later.

And in the months comming people can see this as a summary thread.

I like to see tonecurve and histogram in one viewing window and see contrast sliders interact with the tonecurve line but this is not important enough to “demand” this in the next version.
And a luminance-layer select tool. ( first step would be a visual mask of the selective tone sliders, then a manual selective luminance range mask.)
So the first step i find important for progress.

That’s the hole idea of the thread.

I find it quite effective, Bob. I suggest starting with the following settings (to make the affect clear);
– Intensity = -100
– Midpoint, Transition & Roundness all = 50
… and then refine from there.

Specifically at the moment I’d like to filter so I only have the virtual copies. I can’t see a way of doing that other than assigning them a certain star value or picking them. Is there a better way that I am missing?

It’s not an ideal solution, Barb - but, you can sort by VC … so, at least, they’re all grouped together.

Thanks for mentioning the second point, John. I would be thrilled if this could be implemented:
https://feedback.dxo.com/t/please-add-output-sharpening-options-for-various-purposes-to-the-export-dialog/16917?u=klick

I find it quite effective, Bob. I suggest starting with the following settings (to make the affect clear);
– Intensity = -100
– Midpoint, Transition & Roundness all = 50
… and then refine from there.

It works for sure. I simply don’t like the look of it. It looks to me as if they simply put a black layer over it which doesn’t work too nice on especially the lighter tones. In for instance Capture One it looks like they use (I suppose) exposure for vignetting which looks way more natural.

Personnaly I think it’s premature to talk about a major update (5.X) when I’ve just paid for Photolab 4.0. I’m hoping i’ll get at least 12-18months before having to pay more

I suspect that might depend on what is in version 5 which, based on previous release cycles, should be available in approximately nine months. If you don’t want to upgrade for 12 to 18 months from now that is your choice. However, discussing features in PL5 now lets DXO know the preferences of their user base. This is useful to them as they decide on new and upgraded features in PL5 and later versions…

Fix all the items already in the backlog. Some have been outstanding since v3, maybe earlier.

Personally, support for the generic DNG format of Android phones. It’s been in the ‘backlog’ since June 2018, but failed to make it into version 2, 3 or 4. That’s some backlog.

I wonder if a generic DNG import , thus no optical module needed nor camera support, atracks more users or demping upgrades .
My personal thought is more users.
I think the problem is if a generic DNG is demosiaced tiff like data then deeprime is out of use, same as optical module power.(deepprime needs sensorrawdecoding level. ) And every not supported sensor or camera can’t be correct demosiaced, so fuij xtrans dng is still a problem if it’s not turned in a rgbpixel map.

HQ- denoise isn’t distinctive enough to forget about prime and deepprime…
In my opinion a generic DNG is a bandage until the lens and or camera is supported.
But still i would like to have generic DNG support.
Example, i use an other rawdeveloper program and in that i can combine or stack rawfiles to a single file, jpeg, tiff, DNG.
In some cases a floating wb DNG is prefered Above wb set tiff file.
Then again if i import a 16bit adobeRGB tiff in dxo i have still lots of room for adjustments, hence NIK is doing the same.
In V4 is loop DNG possible.(using dxo’s own exported DNG as import file.)
Run rawfiles through optical module and deepprime and use export DNG.
So the heavy lifting is allready done.

Are you sure you’re using the “Creative Vignetting” tool, Bob ? … which appears within PL
if you have a FilmPack license …