Background : When EOS R5 was unsupported in PL, I had to use Canon’s DPP, export a tiff and edit in PL 3. My lens, a 400mm f2.8L II with 1.4 Ext., is not supported. (It’s a very major sports/wildlife lens, though)
Question: I now find that images through the interim process of DPP and tiff to PL3, are sharper, less noisy and with “kinder” colour than using the raw route. Is there reason for this? Of course, DPP has lens a correction profile but that seems to only impact the edges. I’ve attached an example of the same image processed, to the very best of my abilities and “auto” noise reduction, by both methods.

I’d be really interested to know if I’m missing something here. 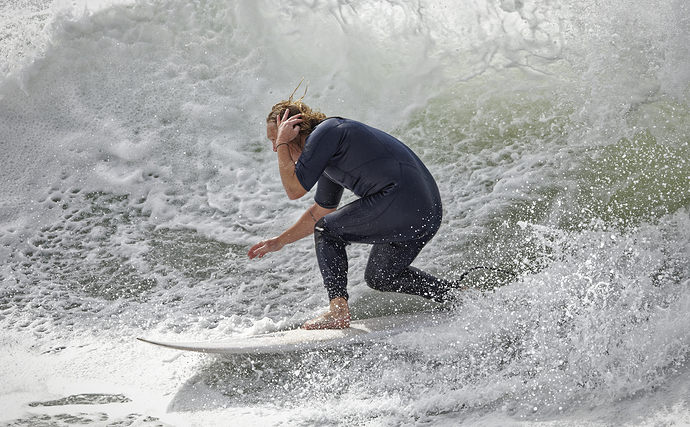 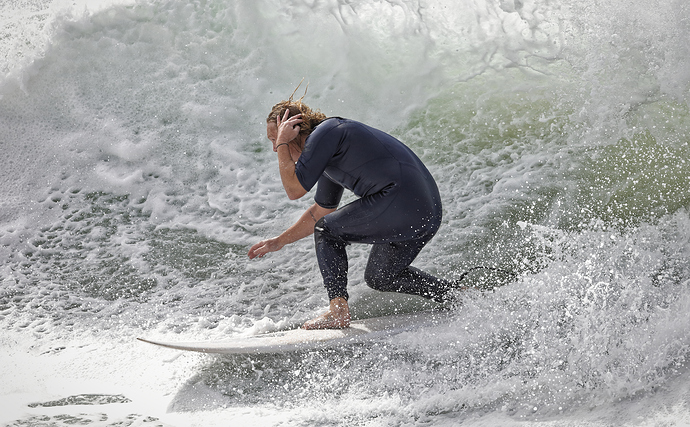 The colour on both seem to be pretty ordinary via the upload.

Background : When EOS R5 was unsupported in PL, I had to use Canon’s DPP, export a tiff and edit in PL 3. My lens, a 400mm f2.8L II with 1.4 Ext., is not supported. (It’s a very major sports/wildlife lens, though)
Question: I now find that images through the interim process of DPP and tiff to PL3, are sharper, less noisy and with “kinder” colour than using the raw route. Is there reason for this? Of course, DPP has lens a correction profile but that seems to only impact the edges. I’ve attached an example of the same image processed, to the very best of my abilities and “auto” noise reduction, by both methods.

I’d be really interested to know if I’m missing something here.

I have a few observations.

When you edit a raw file in DPP, by default, it displays the images with all the in-camera settings for contrast, sharpening, color tone, picture styles, etc already applied. What you will see is identical to a jpeg image straight out of the camera. You can then add additional edits as desired.

It wasn’t clear which of the PhotoLab noise reduction tools you applied to the raw image, HQ Fast or PRIME. While DPP’s noise reduction may give similar results to PhotoLab’s HQ, both PRIME and DeepPRIME in PL4 are far far superior.

The TiFF is flawed!

The TIFF version has been noticeably over-sharpened. You can start to see this easily even at zoom levels below 100%. All the hard edges in TIFF image show a white halo, the well know result of over sharpening.

The TIFF version also has noticeably less fine detail. As an obvious example, compare the side of the surfer’s left knee just below the knee cap. Click on the attached images to enlarge them and you will see what I mean.

Based on the above I don’t believe you can draw any useful conclusions from your comparison, As a long term user of DPP, I suggest you learn how to get the best from your raw images in PhotoLab rather than pre-process them first in DPP. You will end up with better results. 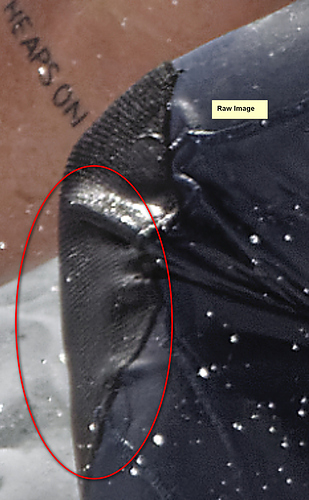 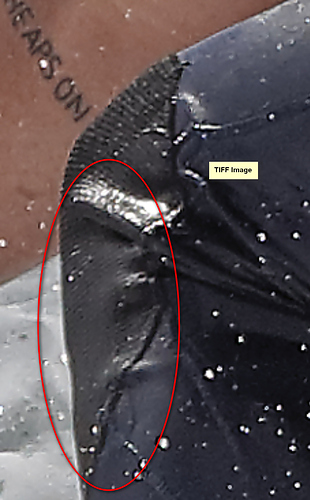 I would be very interested in having a go at the original RAW file, to see what PhotoLab 4 can make of it.

I produced the TIFF simply by exporting from DPP, which was on standard settings for lens, etc., corrections.
Yes, I created a new export preset for these and forgot to change it to sRGB. My mistake.
Appreciate your input

What is the difference between sRGB and RGB? Is RGB standing for Adobe RGB?

Big thanks for going to the effort to reply in this way! You raise very interesting points!

I understand on the different staring points and value the difference. Before the necessary diversion, while waiting for R5 support, I didn’t have ran option but to continue working by with DPP as a PL alternative.

So, to respond, I used no Noise reduction on the sample from tiff and DeepPRIME on the raw one. I had, however, pumped up the sharpening on the raw to 300, to try and get it to match what I was getting in the tiff.

You are right about the tiff having a halo around the edges which could only have come from DPP. The knee detail may be a result of the extra sharpening on the raw variant?

On the other hand, look at the hair and eyelashes. There is so much more detail n the tiff version.

Just to clarify terminology in my previous post, I exported a tiff out of DPP and edited it in PL4. The camera and lens are now supported but not when used with the 1.4 Ext. It offers me the DO version which is not what was used. The raw is the raw file out of the camera which I will upload, as I see @Joanna has requested.

I think you’re right but I don’t call a tiff a raw. I have two files, 1. a raw from which I have created one image using PL4 and 2. I have a tiff file exported from the raw, using DPP, that I also edited in PL4 (originally in PL3 when R5 wasn’t supported)

sRGB is web-friendly but doesn’t contain as much colour detail/graduation capability in it. Adobe RGB is pretty much a standard, especially for printing, but requires a screen that is capable of displaying all the colours to see its full capability. RGB (RedGreenBlue) simply describes the type of colour profile, like “Wide Gamut RGB”. To confuse it all, P3 or Display P3, etc. are like Adobe RGB but specifically designed for screens. Apple and others are moving things in this direction for mobiles and monitors because of the colour richness.The diagram might explain better 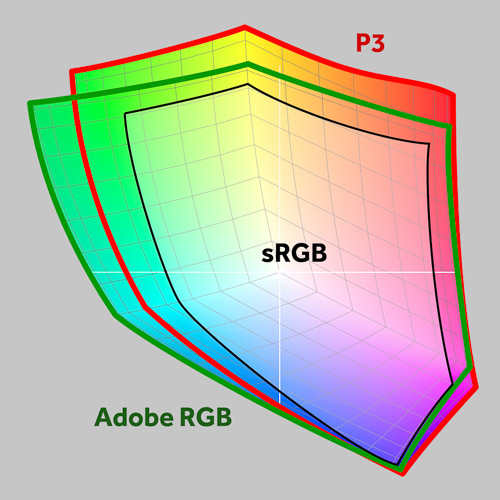 Done @Joanna, as per link above.

Thank you for the opportunity to play with this.

Here is a jpeg export of my version : 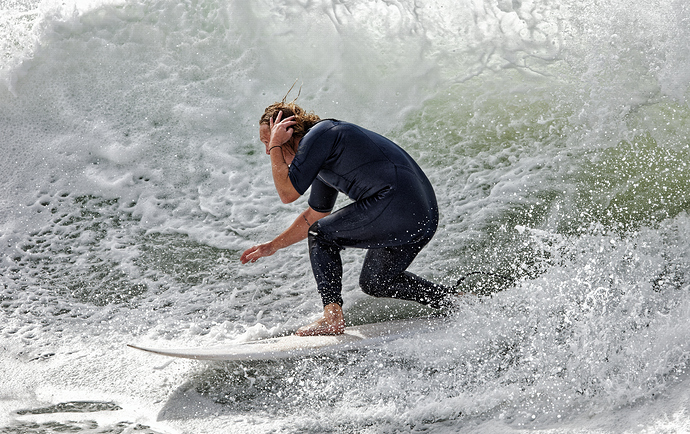 A couple of notes :

PL4 offered me the possibility of two lens modules 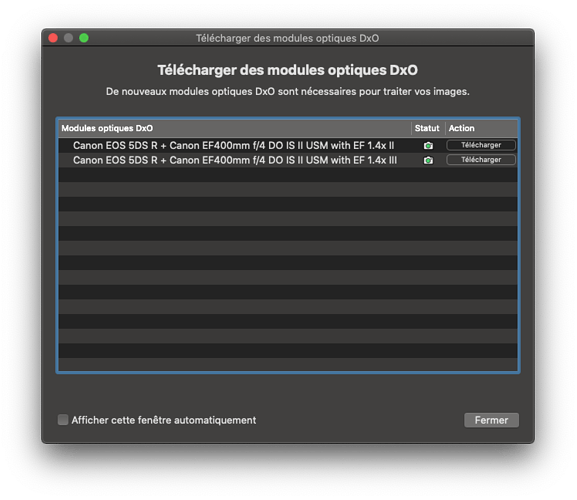 … but then didn’t allow me to benefit from either in the lens sharpness, etc palettes.

Even though you shot this at only 250 ISO, possibly because I also used ClearView Plus @ 50 as well as micro-contrast @ 25, highlight contrast @ 100 and shadow contrast @ 50, I found that by using DeepPRIME, I got a noticeable improvement in cleanness.

I have come to learn that using the selective contrast tools often gives far better results than sharpening. 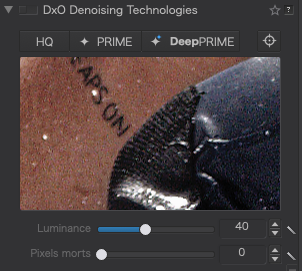 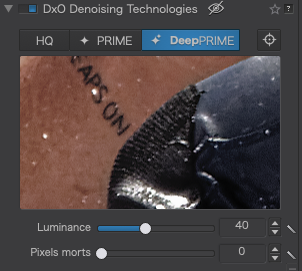 All in all, I dare to suggest that my version, from the RAW, is sharper without the halos and with more detail in both the highlights and shadows but what do you think?

What do I think? You are a star!

It’s a great result in very quick time and certainly one that will guide my future editing. I want to be able to go straight to PL4 with my raws and hoped the DPP route was an unnecessary diversion but I was getting better images that way, albeit with halos upon close inspection. As a matter of personal taste, I wouldn’t want quite the level of black, such as in the freckles on his forehead but that’s just me.

Overall, I think I’ve learnt from you that I shouldn’t be quite so reluctant to push up the contrast controls the way you have. They do impact sharpness without the halos. I would always use DeepPRIME, as PRIME was the thing that got me to buy PL in the first place - it’s the best!

So, @Joanna thank you so much for the response and the lesson. I believe I have come pretty long way, through exclusive dedication to PL but I had not pushed the contrast anywhere near as much, usually no more than 10-15 on two of the sliders. I’ll now revisit some of my edits and see what improvements can be made in those things that I am looking to achieve.

Yeah, I’m now going to do all of the above! I have been really happy when using the same lens combo with an EOS 5DsR, previously, but the R5, which is a fantastic camera, seems to have given me more cause to review settings - it’s not more of the same. That’s probably the right thing to do, anyway, as new features open up new opportunities to improve

I wanted to believe that it had to be better going the raw/PL4 route, which is the reason for my question. I just expected things to carry forward from previously. Anyway, lesson learned!

Cheers for the help and advice, mate!

Overall, I think I’ve learnt from you that I shouldn’t be quite so reluctant to push up the contrast controls the way you have. They do impact sharpness without the halos.

Like you, I came from another tool and found myself using unsharp mask, etc to get sharpness. But not all software works the same way and, now, with PL’s micro contrast adjustments, I don’t need to use sharpening anywhere near as often.

… but I had not pushed the contrast anywhere near as much, usually no more than 10-15 on two of the sliders

Yes, but now we have DeepPRIME, I find I can push much more on things like ClearView Plus and micro contrasts than I would have in PL3 simply because, now, we no longer have the noise in the image to spoil such adjustments.

BTW, and don’t take this as a criticism, might I suggest changing the crop to a 5:4 ratio and place the surfer on the “back” third? I am not one for “rules” (like the thirds rule) but, in this case, it just gives him more to space to surf into. But that is truly only my personal preference and shouldn’t influence your creative direction. 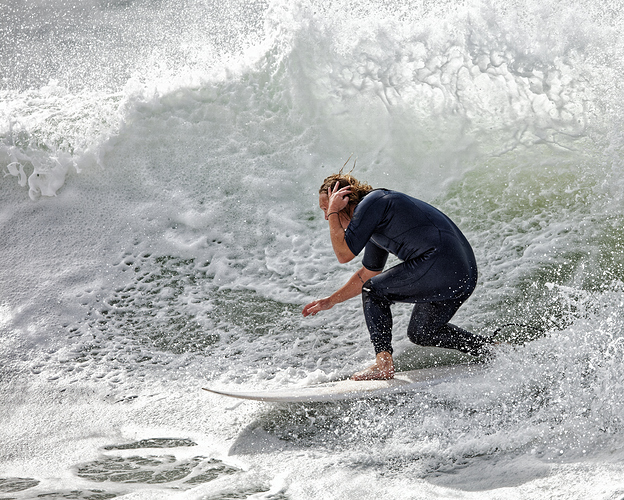 All you say makes perfect sense. Ironically, I have always been an experiential learner, pushing sliders in every direction to see the effect and modify things accordingly. Perhaps I have become a little too satisfied and that certainly hasn’t suited the move to a new camera and a new software version. Back to the drawing board, which will be fun.

I’m always open to helpful criticism. The image I put up, though, was deliberately cropped to highlight the “problem”, i.e. the detail in the surfer. I do always allow more space for surfers or kiteboarders to move into. Very often, the spray and water trail tell such a big part of the story that my composition is almost 16:9

Generally, I try to include those components ad crop tight to them, together with sufficient forward room.

Again, thanks for everything, @Joanna!

Very often, the spray and water trail tell such a big part of the story that my composition is almost 16:9

Now I understand why you cropped it as you did. The 16:9 ratio certainly suits this type of subject and is something I would also use. The thought I had with the 5:4 was to make it look like he was covering his head in anticipation of the wave above

I am guessing your usual crop would be more like this : 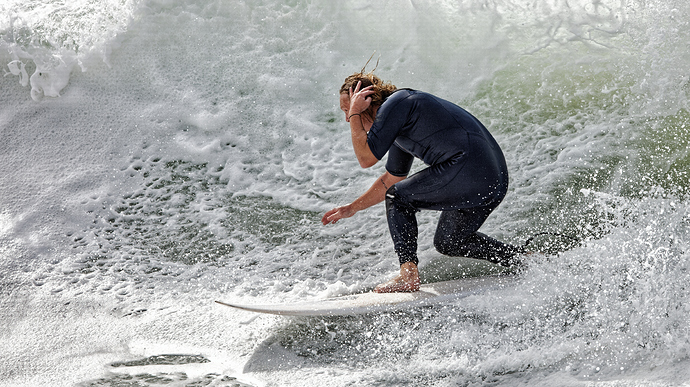 If it isn’t, I would love to see your version now you know what is possible - it’s a great image