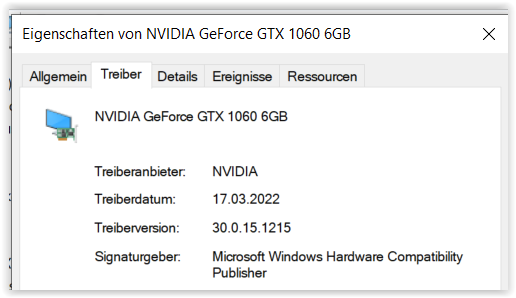 I just downloaded the latest Nvidia driver for my GTX 1050ti. I was shocked to see that my average processing time for DeepPRIME XD fell from around 50 seconds to around 35 seconds. That around a 30% improvement. The speed of processing with DeepPRIME went from around 21 seconds to 15 seconds, also a 30% improvement. That seems too good to be true, but your results after downloading you latest driver seem to indicate a similar 30% improvement when processing those two files with DPXD. This is very exciting, but how is it possible that we both are seeing such a huge processing improvement? I wonder if the new drivers for other Nvidia cards are also having a similar effect.

Has improving the treatment speed has been found on PL6 and/or PL5 ?
For me, no change with a GTX1660s on PL5.

Hi Frank,
for me it was with PL6 and DeepPrimeXD.

I just downloaded the latest Nvidia driver for my GTX 1050ti.

Hi Mark,
it was @jorismak who found out about the new driver and details after coming up with questions … Otherwise I wouldn’t have checked the driver then in use and the developing times for DP XD …

(had always OpenCL enabled, the same like in PL5 – no idea if the former driver didn’t make use of it)

For the past year or so (beginning with driver version 5.11), NVIDIA has been working to implement a vastly-improved OpenCL/CLANG compiler internal to the drivers. This was an end-user opt-in post-install configuration choice for “power users” until the most recent release of the driver packages.

There is some (minor) information available on this in the NVIDIA Driver release notes, section 2.5.3.

On other apps (Davinci Resolve Studio) I have seen a 25-40% improvement in GPU-specific rendering and video stream manipulation work.

Beginning this week with the release of driver pack 5.22.30, the use of the new compiler became standard for Windows and Linux users. There is no indication when/if the improved driver sets will be available for Mac.

It’s therefore independent of PL, we should have an improvement in treatment time on all versions that use the GPU.

Has improving the treatment speed has been found on PL6 and/or PL5 ?
For me, no change with a GTX1660s on PL5

That’s a good question. I am not home right now but will test this later today to see whether I get the same export improvement for DeepPRIME in PL 5 as I’m now getting in PL 6 after updating the Nvidia driver. I’m on Windows 10.

I use a slightly undervolted/overclocked RTX3070 with a Windows 10 machine, with the latest 522.25 game drivers.

No problems at all, and same performance as before: on average, 6-7 seconds per export with DeepPrime XD (Nikon Z6 NEFs)

My point about the new drivers is not that there are faster… But that they fixed the nasty corruption and artefacts that DeepPrimeXD was giving. So it turned PL6 from a disaster into something actually nice to toy with.

After checking NVidia Studio had not installed the latest version as I thought.
So now that it’s done I have a gain of 20% (24sec → 19sec) on export with PL5 + DeepPrime.

As I said I would, I just tested again with PhotoLab 5 and the results I got were similar to the results I got with PL 6. although they were a second or two slower in PL 5. I suspect that DxO may have tweaked DeepPRIME processing in PL 6 just a bit.