Request the ability to group control points in Photo Lab

I’m curious to see what others think about this.

I voted because we discussed last year, and it would be a big step in comfort

Actually a Local adjustment with the type “Control point” in PL is a group of control points.
You can add and remove controlpoints to the “group”, when you edit the adjustment.

but you can’t group Number1 with number 2

It’s not often used in my workflow, but it’s different

I’m not sure that I understand this request. A “group” of control points consists of several CPs placed anywhere on the photo but all with a single control center(equalizer panel) where adjustments can be made to all CPs simultaneously. No? This is already possible and in a much easier form in PL4. Once the first CP is placed then many other CPs can be placed(even dozens of them) all over the photo ,and as long as the first CP is not closed, before placing the subsequent CPs, they will all be controllable by the equalizer that is associated with the first CP.
This process can be repeated for group 2, group 3 ad infinitum. Much easier than having to create groups of CPs as in the Nik collection. If you later decide to add CPs to any of these groups, simply reactivate the original CP associated with the group and add CPs as necessary. There is no need to “group the groups together”.

Dear Mark,
that’s correct and exactly what I tried to say.
But imagine you have Group A, B and C with different settings, and now you will make one last setting to all groups, or add a single point you made before to one of the groups.
it’s like creating a formular in Access when you decide to give n-fields an equal feature…you can mark them individually and assign maybe blue background.
Like I said it’s not often used, and not very important and neither a killing feature.

Yes, I agree that adding consecutive CP’s does create a “group” connecting only those CP’s. There have been times during editing when I’d want to change the “group” by adding or subtracting a CP in PL. This cannot be done as it can in the NIK collection. Groups in NIK can easily be formed and reformed. While I agree it’s certainly not a deal-killer by any means; however, I think it’s important essentially the same functions act the same way if for no other reason than consistenancy. Especially for new users the two different approaches makes no sense. The flexibility od adding a CP from Group 2 to Group 1 is different than it is in the NIK collection. I guess what I’m really advocating is to have a consistent workflow between the two, PL and Nik. For me, having the bounding box in NIK is a wonderful visual way to see what points are being grouped.

Again, this is certainly not a deal-killer but I can imagine a new user using bounding boxes in Nik and wondering why it’s not there in PL. Consistency in a company’s software, for me at least, is important.

The example you give is really the central point I was trying to make. Nik and PL Local Adjustments should have the same behaviors.

Maybe if we look like the calf we get it 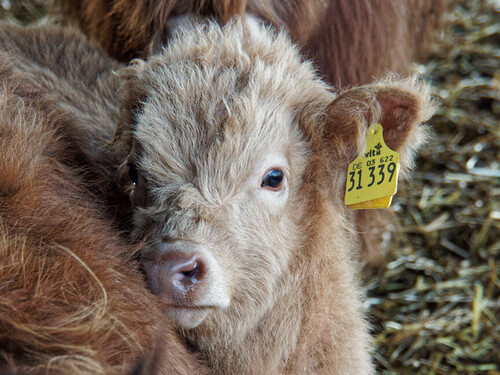 Hi @Guenterm and @bsachais Yes I can understand your point, especially consistency. But since I’ve never run into these situations, I’d vote for changing the implementation of Nik to be like it is in PL4. Sorry but it’s just easier to me.

Watching the DXO webinars, especially those that Dan Hughes hosts, he will show how to group control points. Then you go to PL 4 and Local Adjustments and it’s like why isn’t this working as Dan Hughes just showed us. As I’ve mentioned in other posts, software should not be a guessing game.

You watch a webinar, very well done with Dan Hughes, and then go to PL and you wonder what the heck am I doing wrong! Being familiar with both PL and Nik it’s not a problem. But from a marketing perspective, why confuse users? Dan Hughes illustrates this is how it’s done and then you go to PL’s Local Adjustments and that’s not how it’s done.

Personally, I can deal with it; however, if DXO wants to smoothly incorporate Nik with its wonderful RAW processor, well, to bluntly put, Dan Hughes can’t illustrate how to group Control Points and then it’s something different in Pl#. It’s non-sensical!

Multiple control point selection Which feature do you need?

Good morning Pierre,
do you think we should ask Svetlana to merge this two FR’s?

I think you could edit this thread’s top post to clarify your intent. As a feature request, your post should cover specifically any points not covered by the one I posted.

Hello Jerry, thanks for the example. If I understand correctly, the brush eraser tool can be used to fix masks created with U-points. Thart sounds good ! I come to PL3 from Picture Window Pro, and I miss many of its masking features. Refer to PWP documentation and a blog for some examples of the power of its masking and color correction tools: http://www.normankoren.com/PWP_masks.html

Some while ago, I posted a request/suggestion for ability to save image-specific filter AND Control Point settings in a side-car file … which, at the time, attracted 18 votes. Happily, I’ve discovered how this can be achieved - via a very simple (but obscure) capability ALREADY built into the Nik tools (tho, I have tested this only for Color Efex Pro). This solution is explained in recent Webinar presented by Dan Hughes (who’s been providing education for the Nik Collection since the pre-Goog…

Masking tools : bring the Photolab masking tools to Nik collection Which feature do you need?

For.consistency with Photolab For a better user control of masks Use Photolab 3 masking tools

Excellent suggestion which has been implemented.