@sgospodarenko and @alex while testing potential “issues” with the ‘S’ icon I ran into a problem where PL5 completely missed a series of changes made to the ‘Rating’!

Please note that I “fumbled” parts of this test but while I believe that the “fumble” may give a clue to the developers of where the faults might, the fault is still a fault.

At step 3 and step 4 the mismatch should have been recognised, the database updated and the ‘S’ icon set but that did not happen!

Please consider the ‘Compare’ option that I keep pushing for very seriously and also use the database flag to incorporate the three ‘Out of Sync’ scenarios of 1 = Image > PL5, 2 = PL5 > Image and 3 = Both (1 + 2) and set the pointers on the ‘S’ appropriately.

The fact that those pointers exist almost indicates that had been thought about before limiting the product to only scenario 1.

I have managed to “wrong foot” PL5 on a number of occasions. I would also respectfully request that DxO review the detection process and how it might be defeated by the “fumbled” operator actions I described! 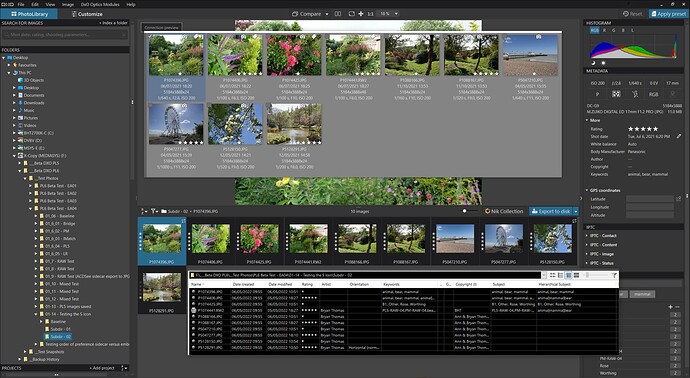 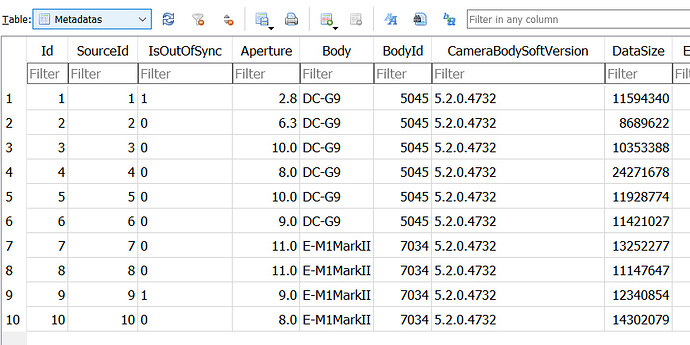 @sigi thank you for testing https://feedback.dxo.com/t/metadata-test/26363 in fact I repeated the test with the first subdirectory and it performed exactly as it should!

That does not alter the fact that this test went wrong!

The test was not intended to test the problem I “found”, i.e. I “tripped” over this situation by accident while testing ‘S’ icons “blocking” updates when AS(OFF) is changed to AS(ON) and a change is made to an image with an 'S icon in Brudge, i.e. once the image is marked with an ‘S’ nothing is going to happen until the ‘S’ situation is resolved!

I cannot repeat the results but the results are as shown, Zoner, Bridge and PIE show ‘Rating’ = 1 for items shown as ‘Rating’ = 5 in PL5 and the composite screen is not obtained by stitching together snapshots from a number of applications they are windows into running applications (using Sticky Previews), i.e. all 4 apps were running at the same time, Zoner, PL5 and Bridge should detect changes essentially in real time, PIE does not.

In this case Bridge was the “donor” and PL5 the “recipient” and Zoner and PIE the “watchers” to substantiate what is going on. Catching issues like this are difficult to set up, difficult or impossible to repeat and the worst kind of fault, i.e. an intermittent fault.

The “fault” may not be with the ‘S’ code, although I have so far encountered it twice with respect to ‘Conflict Resolution’ tests but possibly with the change detection code.

Using the ‘S’ icon to fix those that had been detected:-

Read from metadata to fix all, i.e. those not detected:- 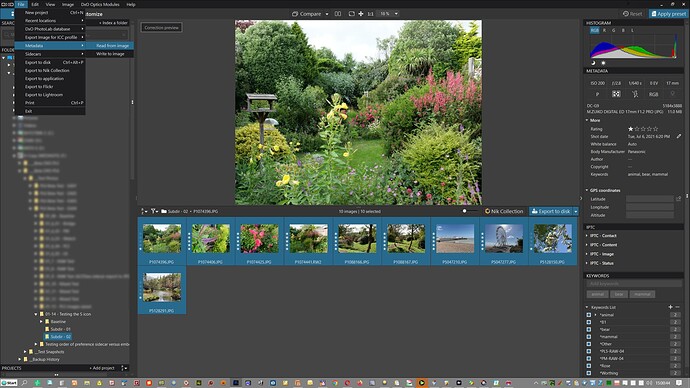 After the ‘Read from Image’, all the entries in PL5 now conform:-

I could have cut out the separate ‘S’ icon fix stage but took the long way round just in case!?