In fact in the first test I just used ‘animal’ and ‘animal|mammal|bear’ and in both cases deleting the one hierarchical keyword that PL5 is prepared to display (and store) results in all keywords being deleted from the image!

I know from testing that PL5 will add the flat keywords ‘animal’, ‘mammal’ & ‘bear’ when exporting a photo where just ‘animal|mammal|bear’ has been set externally e.g. by PM and also similarly change the image file if any metadata change is made within PL5, even something as simple as setting a ‘Rating’.

However, I feel that this is another example of the metadata changes that other users have complained about but in some ways even worse. PL5 does not distinguish between its own keywords and those that come from external sources.

Hence, when I deleted the only keyword it felt was necessary to display (and store) then there were no keywords left and both the ‘dc’ and ‘hr’ keywords were re-written as empty! 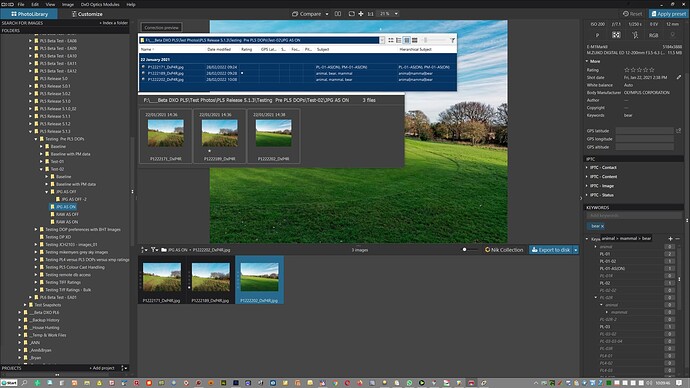 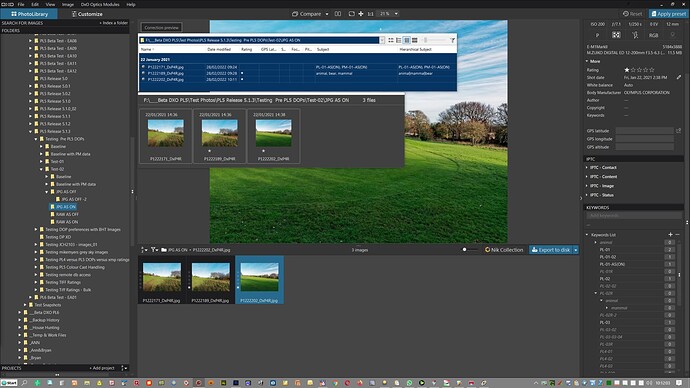 I take it you mean that you used PM to add…

Which then reads into PL5 as… 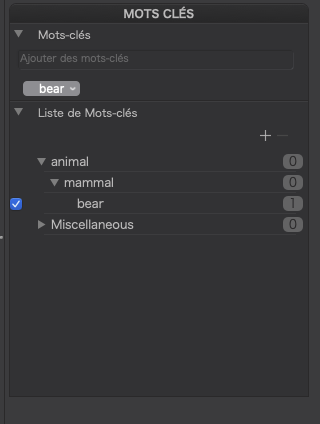 I can confirm that PL does indeed clear out both the Subject and HierarchicalSubject tags.

And it is wrong because it would appear that PL is still relying on the HierarchicalSubject tag as its sole source of truth.

If you were to add the full HierarchicalSubject tag… 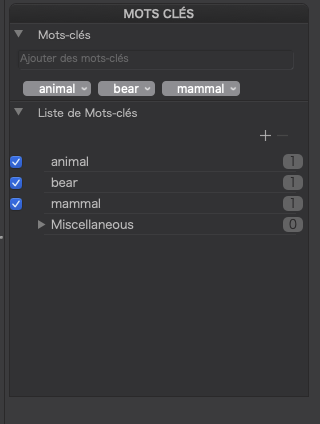 I still firmly believe that all three levels of the hierarchy should be added in order to maximise compatibility.

What do you find if you try that?

@joanna Given I am not an expert in this area I also agree that they should have been left intact and I got exactly what you got when I added the keys for the original test using PM to add the data. I know that PM is not as nicely behaved as some packages but even if other packages don’t play as cleanly as one might like PL5 needs to be able to handle situations like this one gracefully or at least less disgracefully!

I have been complaining since almost the beginning of PL5 Beta testing that PL5 was “obsessed” with the ‘hr’ keywords and too ambivalent about ‘dc’ keywords and interworking with the more ‘dc’ centric packages!

For your suggested test I added ‘animal’, ‘mammal’, ‘bear’, ‘animal|mammal’ and ‘animal|mammal|bear’ but for the keywords I entered I only got two entries in PL5 one for the ‘bear’ hierarchy and the other for the ‘mammal’ hierarchy!? 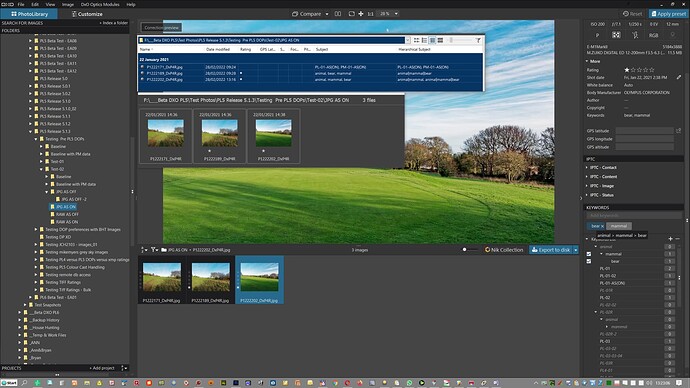 After deleting ‘animal|mammal|bear’ this was what was left; 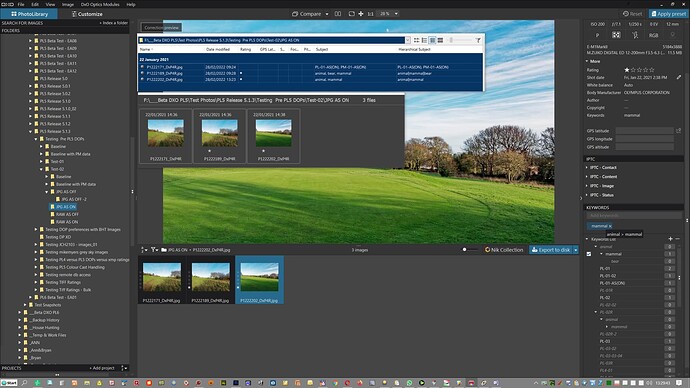 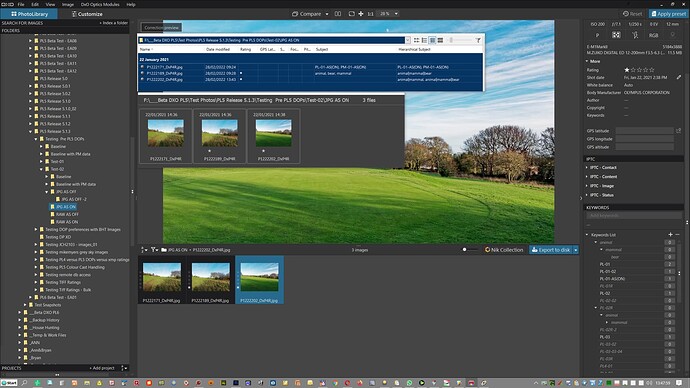 So I deleted the fields in PL5 and added the two hierarchies back but deliberately in the order ‘animal|mammal’ and ‘animal|mammal|bear’ and PL5 presented no keys as before!!

So we have another anomaly or do we!!!?

Just for “Fun”:- I added the keywords via Exif Pilot and wound up with a full set of keys but analysis reveals that they are all in the IPTC ‘Keyword’ data fields. Exporting to JPG in PL5 puts them all in the hierarchical key fields and the “flat” keys in the ‘dc’ ‘Subject’ fields!

Please note that there is a bug in the Exif Pilot display! 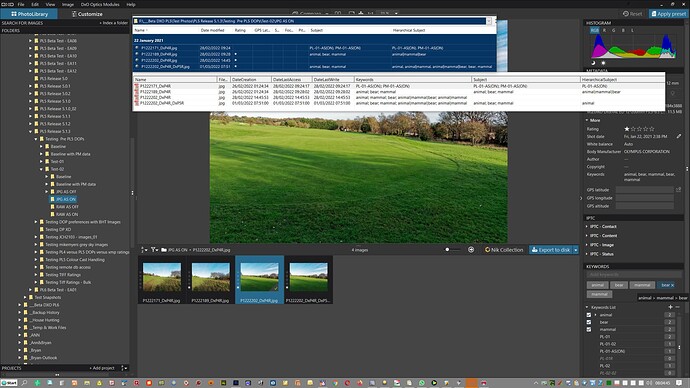 Changing the ‘Rating’ for the image also results in the same keywords being created as in the exported image. 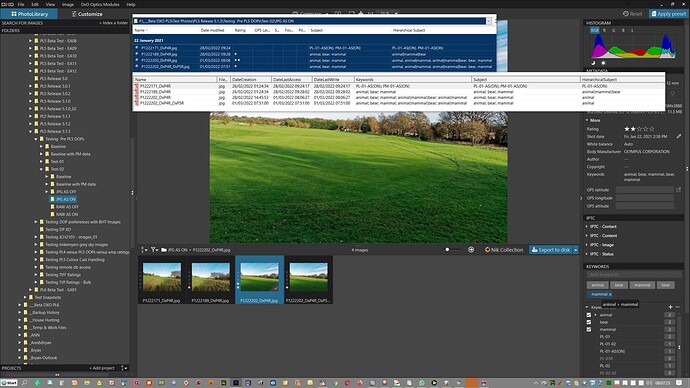 Because of a possible interaction between PM and PL5 I decided to delete all the keywords in Photo Supreme Lite and wound up with keys of ‘Miscellaneous|bear’ and ‘Miscellaneous|mammal’ which is something we have seen before, I believe!! 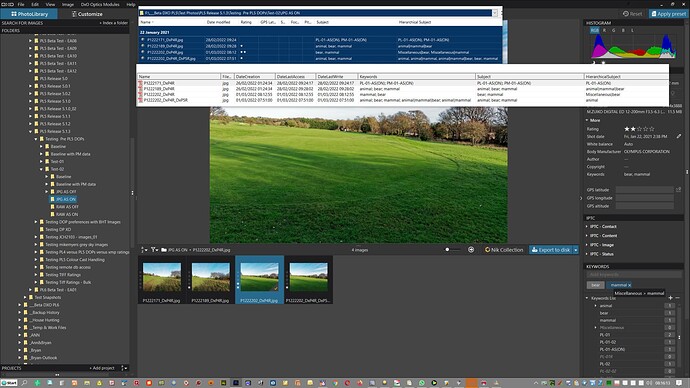 On the second attempt with Photo Supreme Lite I actually managed to clear all keywords from the image!

I did find this in release notes for Photo Mechanic

and I am finding random .DOP files for these temporary JPGs that are being created! On one occasion during the testing I had a thumbnail for a tmp…jpg that was marked as missing! I do not know whether the creating and recognition of these temporary JPGs is causing this anomaly with PL5 but it has consumed an inordinate amount of my time investigating!

And yes PM is running alongside PL5 with both programs open throughout!