I noticed that my latest PL export seemed to be taking longer than usual so I took a look at resource manager and noticed that I have a lot of CPU power that is not being used. In fact only one of the processor cores was doing much work. This may be normal, I don’t normally check behind the curtain to see what is going on but it does seem a little strange. I thought that it was worth posting here to see if there is a possibility that I have something set wrong in PL or on my PC. 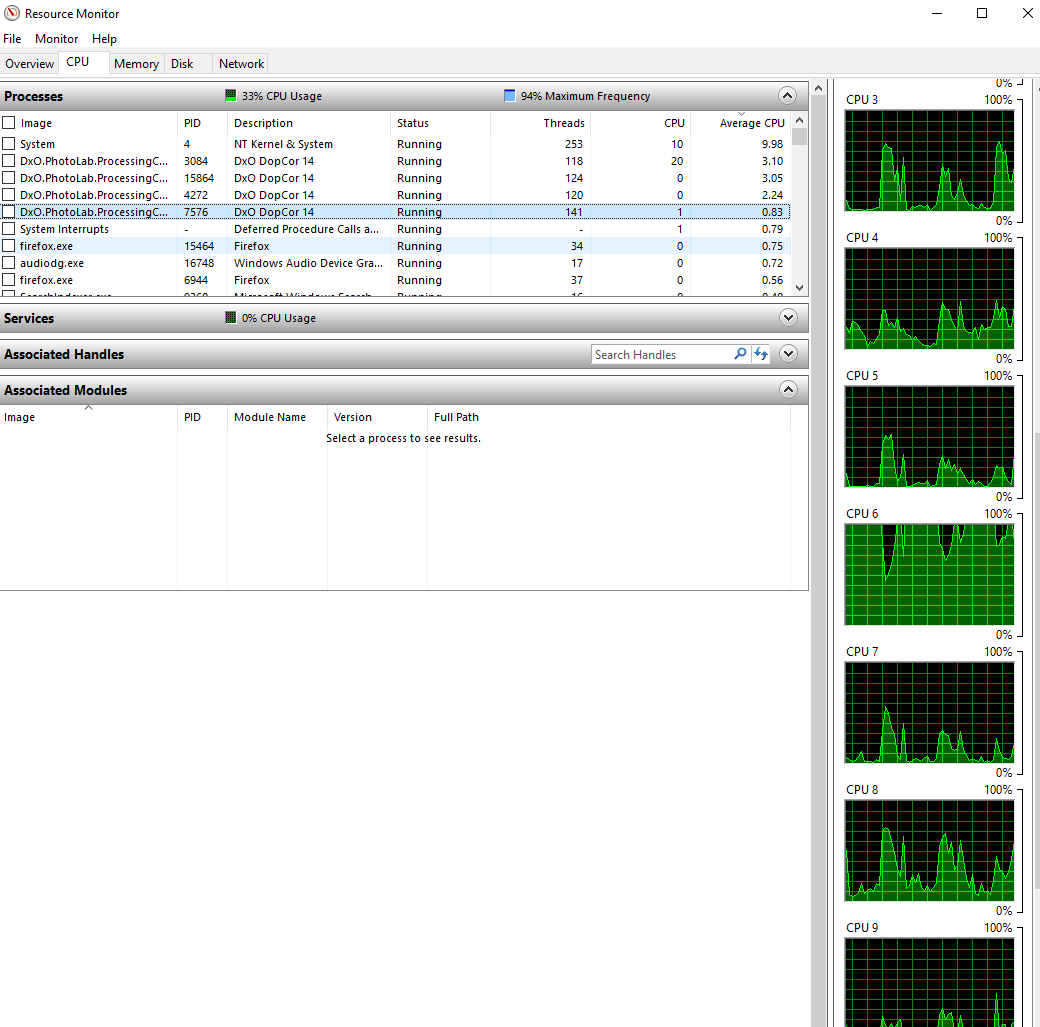 DeepPrime loads the GPU rather than the CPU.

Check without DeepPrime to see what differences you get. Also check the settings of DPL for the number of images processed in parallel.

Also FYI in the default display and depending on the graphics card and driver the GPU usage may not show up in the standard performance monitor.

All of this depends on which GPU you have.

Thanks @platypus and @MikeR

I did not think that DeepPRIME was utilizing my under powered GPU (NVIDIA GeForce GTX 1050): I guess that I was wrong. The test without DeepPrime did indeed use all of the CPU cores. I checked my settings and PL4 is set to choose between GPU and CPU automatically when using DeepPRIME; it must be using the GPU.

Again, thanks for the help.

Yep compute 1 is where I see the usage too. But some people don’t know how to find it so I didn’t mention it.

Probably it’s worthwhile to do a speed test where you compare CPU only and CPU/GPU DeepPRIME processing to see which is faster. On a good GPU for sure the GPU will run faster. And DXO supposedly figures out which will run better, but it’s easy enough to process 20 images with the GPU and the same 20 without.

I did run a test, for me it’s 3.5 times faster with the GPU. That really surprised me since my CPU is fairly high end (i7-9750H) and the GPU is only a GTX 1050. I guess I need to quit thinking about processing power and look for a decent GPU.