So, now we are back at unexpected high memory consumption that we have had in earlier version, but not in 5.0.2.
I opened a NEF-file for reprocessing it by adding two control points. There were 8 NEF-files in the actual directory.
The RAM memory (used by PhotoLab) increased to 10 GB after a couple of minutes.
This behavior has been corrected earlier but has now come back.
IMac 5K 2017, 4.2 GHz, 16 GB RAM, Big Sur 11.6.1.

I don’t see such increases with a few changes of an image, but I see that using a tool increases RAM consumption. Closing a tool can reduce RAM usage, but does not necessarily do it, at least I cannot see any obvious systematic behaviour… 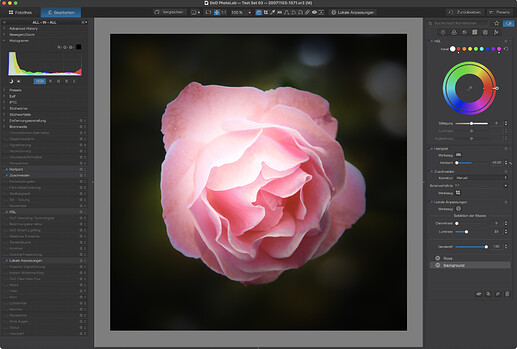 I made a test as the following:

I will create a support ticket.

Now I have created a support ticket.

I made another test as:

This was done as before, in the Customize view.

It is the same problem for that version of PhotoLab, I made the same scrolling test for 5.0.2.

Retested, again no such increase.

Thank you platypus for your testing.
Maybe I am the only one with this problem.

If I change directory in PhotoLibrary view, the memory consumption decreases substantially.
That will be the cure for this strange behavior.