I’m surprised this isn’t already part of PhotoLab. Can you please progam the bracket keys, [ and ], to work for changing the brush size the way they work in pretty much every photo editing app? Thanks.

Cmd or Ctrl scroll are assigned to those functions

Can you please progam the bracket keys, [ and ]

Those keys are not easily accessible with all localized keyboard layouts.

Editable keyboard shortcuts could help, but that’s a different story.

Cmd or Ctrl scroll are assigned to those functions

But not in the repair tool.

But yes in the repair tool. Hold down the Cmd or Ctrl key and scroll the mouse wheel. 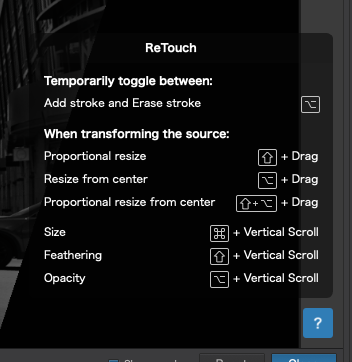 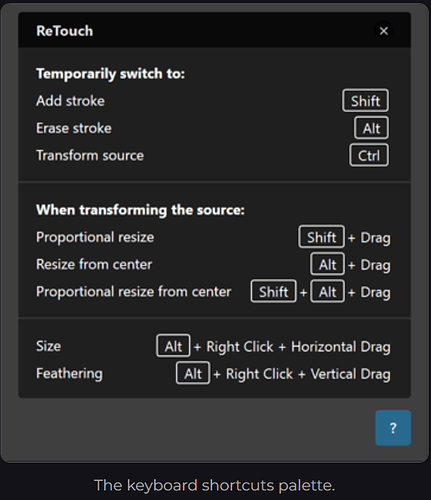 Oh. That is awful. Yet another Win/Mac difference - and for one of the worst “shortcuts” I have ever encountered.

Do you think Windows users would be happier with the simpler Mac version? It unifies the repair tool with other brush based tool and is a lot easier to remember/use.

I just checked the Mac help popup on that “help” page you linked to and it is no longer accurate - compare it to the screenshot I took.

Agreed, in photo editors the bracket keys are the de-facto standard.

In terms of this tool for sure. I think the overall operation should be consistent. You shouldn’t have to constantly memorize new keyboard shortcuts for similar operations. Mouse operation is much more cumbersome in this case.

in photo editors the bracket keys are the de-facto standard

I think the real answer is to allow user customisable keyboard keys.