What a strange thing to say.

While Dfine (noise reduction) and Sharpener are completely superfluous if you have PhotoLab, all the other modules, to a greater or lesser extent, can do things that aren’t included in PhotoLab.

PhotoLab doesn’t, for instance, include an HDR module, nor an equivalent of Perspective Efex where you can straighten verticals etc. It doesn’t include much of the functionality available in Silver Efex - film grain, borders, colour filters and much more.

Analog Efex and Color Efex both include a wide range of effects that aren’t available in PhotoLab. Even with Viveza, where you probably can do much of what it does in PhotoLab, Viveza makes it considerably simpler to achieve particular results. You may not want to use these effects - fair enough - but other people certainly do and it’s very misleading to claim that they can all be achieved with PhotoLab.

The Nik Collection does work well with PhotoLab, unsurprisingly given it is also owned (though not originated) by DxO.

I’m a bit baffled by Joanna’s comment because what she says simply isn’t true, as per my response to her. Which modules are of use to you may vary depending on your personal goals in photo processing but I find it extremely useful. As I said before, try a free trial.

nor an equivalent of Perspective Efex

“ViewPoint” is the PlugIn for PL – or use it Standalone

Indeed. But it isn’t part of PL - it’s a separate DxO product which can be used as a plugin, just as Nik Collection is. It probably has more functionality than Perspective Efex (I haven’t felt the need to try it) but the latter is far from useless and comes with all the other useful things in the Nik Collection.

Frankie, I know and use Nik Filters much longer than DxO’s PhotoLab / OpticsPro.

From PL you can export to Perspective Efex as (now) part of the Nik Collection
– as TIFF-file and JPG.
ViewPoint is the ‘very same’ as Perspective Efex (well, vice versa – VP existed long before),
but when used as PlugIn it fully integrates in PL’s raw-workflow – without the need to convert first.

These should be a good example. 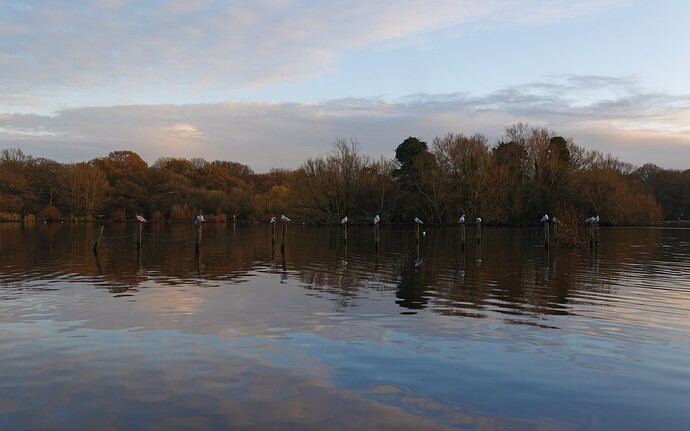 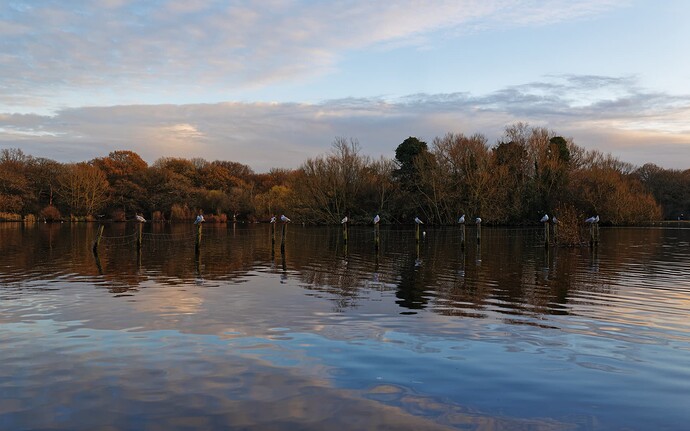 I agree that Nik collection offers different user experiences and renderings.
Sometimes not easy to use, sometimes quicker than DXO+pluggins.

As far as i am concerned, i tried several times to have same results for B&W between DXO+Film Pack and Silver Pro (by Google) and always found my results were better (and simpler) achieved with Silver Pro.
I must admit that i don’t use too often the other apps (as i don’t use at all the films renderings in FP… i only use the additionnal contrasts sliders).

What a strange thing to say.

While Dfine (noise reduction) and Sharpener are completely superfluous if you have PhotoLab, all the other modules, to a greater or lesser extent, can do things that aren’t included in PhotoLab.

PhotoLab doesn’t, for instance, include an HDR module, nor an equivalent of Perspective Efex where you can straighten verticals etc. It doesn’t include much of the functionality available in Silver Efex - film grain, borders, colour filters and much more.

Analog Efex and Color Efex both include a wide range of effects that aren’t available in PhotoLab. Even with Viveza, where you probably can do much of what it does in PhotoLab, Viveza makes it considerably simpler to achieve particular results. You may not want to use these effects - fair enough - but other people certainly do and it’s very misleading to claim that they can all be achieved with PhotoLab.

While I can’t speak for her, I think what @Joanna may have meant was the entire PhotoLab suite, including PhotoLab 5 Elite, FilmPack 6 Elite and Viewpoint 3. For those of us who own the whole suite, the Nik collection may add far less additional value.

A lot of former LR users are seeking more “vibrancy” in PL.
It’s in PL’s toolbox but probably more hidden, les easy.
About NIK, i have it “sleeping” in the dxo v1, free version, silver efex yes, much nicer b&w renderings filters then even Filmpack which are digital versions of , logic, famous filmtypes emulations.
Define2 works great if you need some second stage cleaning aldo sins deepprime i stopped using it.
Color renderingen, sounds stupid but because the upoint controls are confusing if you used to pl’s local adjustments i don’t use that often. I should probably experiment more because the default filters have a long history of appreciation.
You can export in 16bit tiff to any nik application and return to pl after processing as tiff. So it’s reasonable connected.

You may well be right Mark - it ultimately comes down to a competition between different plugins and how good the value for money is for Nik Collection versus FilmPack 6 Elite and Viewpoint 3 for your own use purposes. I had Nik before I had PhotoLab, from the days when Google allowed you to download it for nothing. So I have got used to how it works over several years and would be very reluctant to do without Silver Efex in particular. For me, the many presets in Nik are excellent starting points and I then create custom presets suitable for my own purposes. The comparison works both ways - if you already have Nik, there isn’t much point in getting Film Pack or Viewpoint.

In my opinion, one of the main advantage of using Nik 4 in addition to the PhotoLab suite is the huge number of time saving presets

The Nik Collection’s main advantages is not only as a major time saver, but the presets provide development ideas we might not have considered on our own.

Yes, i think that’s the appeal to own NIK.
I am used to “fool around” and build step by step from scratch and try different roads until i find the right one. (i have pl elite , viewpoint and filmpack v6 elite)
The presets, filters of nik are nice previewed, the emulations of Filmpack also sins you made them visible as presets.
To get idea’s of how a certain image can be proccessed a tour along the nikfilters can be helpfull.

I agree that there is some redundancy. The Nik module I use most is SIlver Efex Pro, but I occasionally use a few of the other modules as well, mostly when looking for development ideas. I purchased the entire suite plus the Nik Collection so I would have the greatest number DXO’s development options available…

So, if I wanted an easy way to make photos “pop” would Nik be a good solution or no?

I should make a poll.

Easy … well, that depends what you are familiar with – the raw-tiff-topic set aside.

Anyone ever try these: 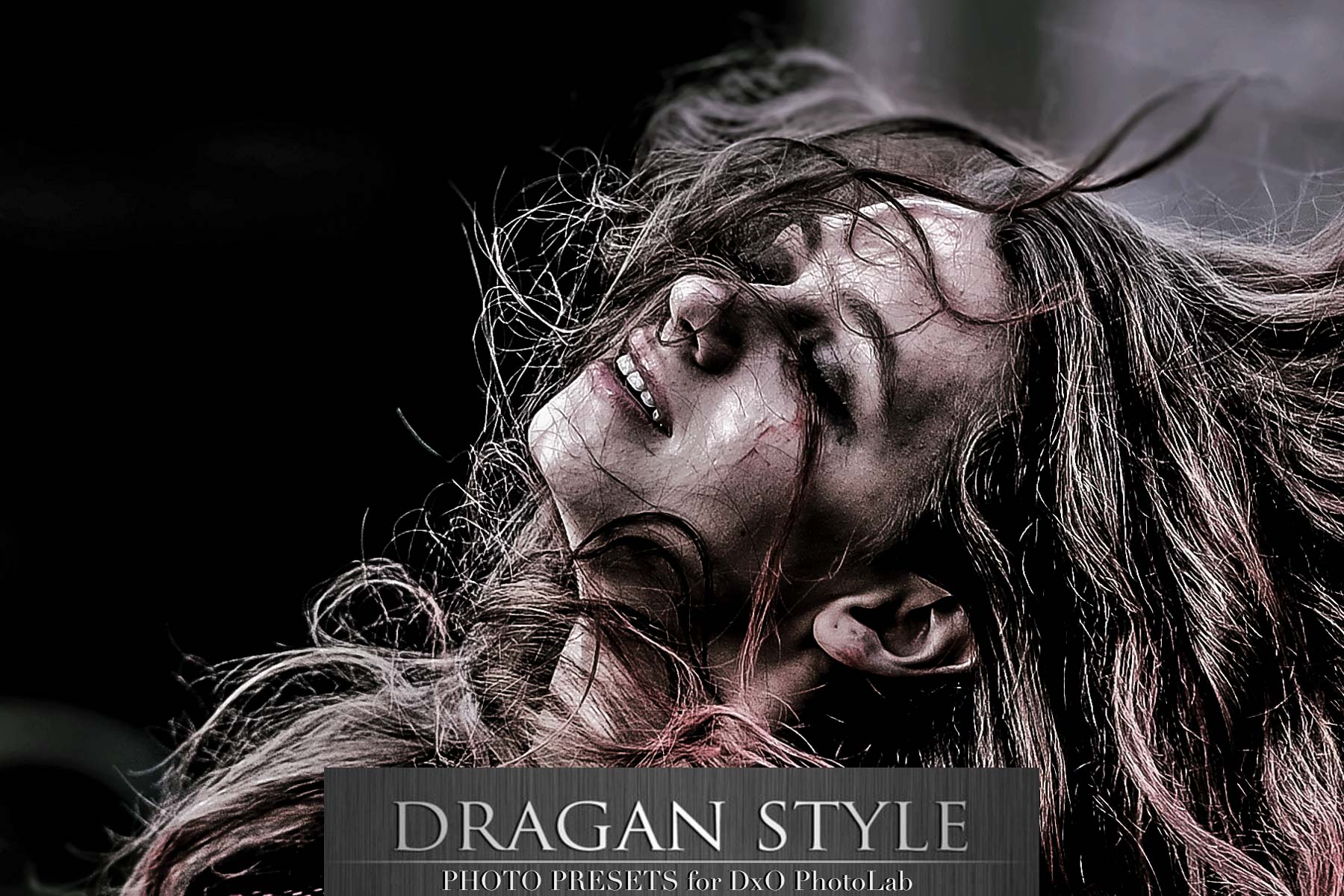 This guy, website, builds homemade presets for serveral applications and sells them.
What it does is profiding a temporary headstart, you borrow skills from an other.
I downloaded some freeware from there, just to see what it does.(and get spammed by them …

)
If you see some presets you like and you don’t have the time to learn to create them yourself it’s a good place to gain some “takeawayfood” settings. (edit: To be clear there’s nothing wrong with take away food, but knowing how to cook it yourself is much more satisfying.

)
On the longrun it’s better to gain skills in editing in PL from scratch and make you own presets.

I definitely plan to learn but I’m getting a bit overwhelmed so maybe I’ll “steal” some ideas by downloading a few presets. I like the one that was provided by PeterGallagher and edited by Joanna but it was a bit too much pop if that makes sense.

A thread for us to share presets! Tutorials, tips & resources for DxO PhotoLab

Starting a new thread for us to share presets amongst ourselves. I don’t have any new ones to kick us off, but I bet you do!!! Please share away!!! Thanx Jon

You can download contributions and place them in your preset list.
Open a image and see how they are build.
If you made a nice one yourself, post it and with an example.

More in the topic

A thread for us to share presets! Tutorials, tips & resources for DxO PhotoLab

It certainly does make sense, Soundchaser. My ‘preset’ was only an illustration. I agree it is exaggerated for many images. Please change the slope of the individual channel curves, holding the ratios roughly the same and crossing the centre point of the graph (to avoid other surprises).

The search for color-contrast “pop” is a bit of a drug: pushed, I suspect by high-resolution (‘5K’) screens. It’s seductive for a little while but, as with e.g. sharpening, moderation is the best bet. If your reaction to a color preset is “WOW!” then it’s probably better to kill it.

To quote Margulis (again, I think he’s mostly right on color theory/practice, although some of his praise of 19th C. theorists is arguable), we should be satisfied that the color contrasts & luminance are consistent with our memories of the scene. Assuming that it’s representational: abstracts are a different matter.

Our impression in memory is almost always more vivid than the standard processor treatment of the raws (and camera processing of JPEGs) initially provides. But I agree with M. that our remembered impression should be our standard of ‘accuracy’ because that impression (rather than some color-metric version) is the starting point for our art; our attempt to convey an emotion by the image.

The final visual test, if it’s important to get the balance right, is probably in the print. The ink-jet introduces many new challenges. But an over-produced image will assuredly show-up for what it is in print.