I am very grateful for - and pleased with - the ongoing development of local adjustment tools in PhotoLab. As I’ve started to use them more, I’ve noticed that local adjustments to highlights, exposure, etc. don’t have as great an effect as the same adjustment made in the global pallettes. A common example for me is blown highlights in a stained-glass window. A global adjustment to highlights recovers the coloring in the stained glass easily, but dulls the rest of the image. A local adjustment with a mask on the windows (usually an auto mask) often isn’t sufficient for the desired effect. Is something wrong here? Is there a way to get a stronger application of the desired local adjustments? Thank you for your guidance.

Masks are additive. Simply place another on top the first.

Yes, but that isn’t always simple or even feasible. Are local adjustments supposed to be less effective? And does it depend on the type of mask? Hoping someone can answer these questions with certainty. Thank you!

@sgospodarenko, can you or one of your colleagues offer any comment on my questions? Thanks.

One of the things that has often been mentioned here, and complained about, is that the global highlights slider covers a much greater tonal range then highlight sliders from other software, and affects too much of the midtones. Perhaps the range of the local adjustment highlights slider is more limited and that is why you are seeing a difference. In local adjustments try adjusting the midtone slider along with the highlight slider to see if that gets you closer to what you want.

Thank you, Mark. I know what you’re referring to, but it doesn’t apply to this situation. I’m trying to reduce the extreme highlights locally in various parts of my images where they are blown out. Lowering the local highlights 100% still doesn’t go far enough, whereas lowering them globally just a bit easily gets the result I want where I want it - but ruins the rest of the image (not because midtones are lowered, too, but because I don’t want the highlights lowered globally). Lowering the local midtones doesn’t help at all for this situation. I’ve tried. I’ve also tried lowering local exposure, etc. The problem isn’t tonal range - it’s magnitude. The difference between the magnitude of global adjustments and the magnitude of local adjustments is huge.

I don’t recall ever having similar difficulties, but I understand what you are saying.

I rarely use local adjustments in their current state due to the poor masking controls. 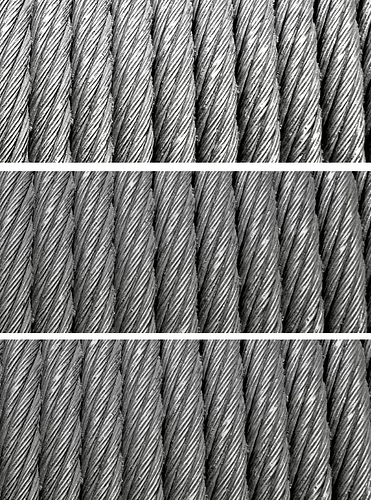 This is easily demonstrated if you have several identical objects in an image with blown highlights. Use a local mask to reduce the highlights in one object to -100. Then set the highlights globally to -100. Now click on Compare while Local adjustments is selected. It’s as if there is no local mask: compare will show no difference at all.

This needs further investigation, and I hope DxO will confirm that it’s a bug.

I rarely use local adjustments in their current state due to the poor masking controls.

It is Interesting how perceptions and expectations vary. I use local adjustments very often, primarily the auto masking. The more I become familiar with them the more I use them, While the feature is far from perfect I find I can use it very effectively. I find them especially useful when I want to retrieve shadow detail without effecting the rest of the image, but I regularly use all the available local adjustment tools to achieve just the look I’m after.

Tried to reproduce the effect on macOS with a simple comparison with one image taken in Monument Valley, showing a bright but cloudy sky. Local adjustment was made so that the sky was covered completely with the mask.

I get no discernible difference in the adjusted sky area with this simple test. No need to post the resulting images, because subtle differences - if they existed - could not be seen anyway. I might take the output to Photoshop and subtract one from the other in order to see the difference. Just not right now. Maybe someone else could run such a test?

Let me ask the team who worked on this algorithm to reply to have a better explanation.

I think there are a number of users here (myself included) who would love to better understand the interaction of global and local adjustments, so thanks for asking them. I wonder if it’s possible to put that information into a post by itself or change the heading of this thread so more folks will actually see it? Thanks!

Not to be a repeater in any way but, in the long run diferent types of exposure correction interact somehow with each other.
The combi exposure compensation at centerweighted and smartlighting is visible.
Smartlighting is also reacting on local upoint and masking when using Exposure releated.
And thus global clearview and masking by local using clearview in that mode. Is it stacking? And is it possible to undo a global action on local positions in the image by using local correction and a negative action?
Example a person as close object in a stunning landscape. I would use clearview, vibrance and such to enhance that landscape but the face of that person gets too sharpend and microcontrast isn’t good for skintones. So by upoint or masking i could undo global by adding negatives on the face and use a more skin friendly aproach on that local area.
Thus is it a layer stacking or is a local cut out the global correction.
I believe it’s interacts so it’s “Stacking” and because it’s nondestructive a plus 15 clearview in global would be neutralised by a local minus 15. If so this would be a powerfull tool.

I am preaching that contrast tools/sliders in the global area has to be visible in the tonecurve window as a dotted S-line. (more contrast creates a more pronounced S) A slider correction in one of the contrast sliders creates a different tonecurve. This way you can see what layer act’s on which section of the image is also interesting.
So, the upoint masking b&w technology to show a image of effecting area can also very usefull in the contrast slider section and selective tone slidersection.
Contrast/sharpening is global but local on the pixelsgroups. Edge enhancement, blacklevel, microcontrast, fine contrast. Seeing it’s effected area in default slider position and reacting on the slider can help sometimes to avoid over proccessing.

I know more viewing ways makes it more difficult to understand but it will help to understand the seperate tools working and interacting.

Here you see a colorgrading where the histogram has many ways of showing the image profile.