I have found a strange issue that seems to be occurring when processing Fujifilm RAF files. This was shot at 200mm with the Fuji 55-200 lens. I have seen the same issue with other images shot with this lens. I am using PR2 in Lightroom and PR2 downloaded the lens correction files before I processed the image. I reset all LR edits before processing with PR2. It almost seems like PR2 is over-compensating for lens vignetting or something and lightening the left and right sides. However, the following is with both lens corrections set to OFF and using DeepPrime. If I check lens distortion correction to ON, the lightening is slightly less but still very visible.

Here is the unedited file followed by the result after PR2: 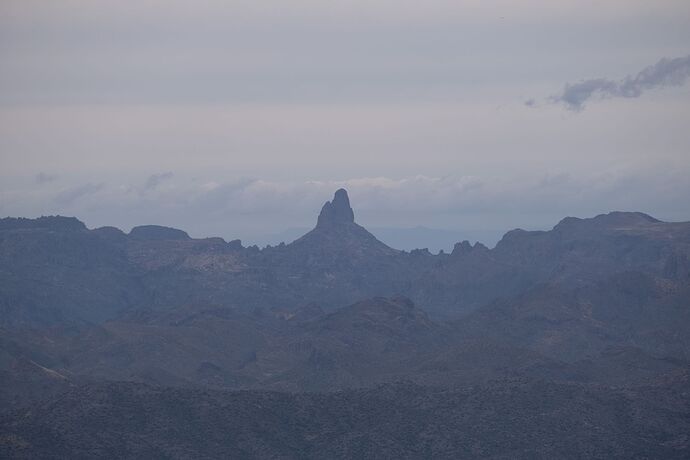 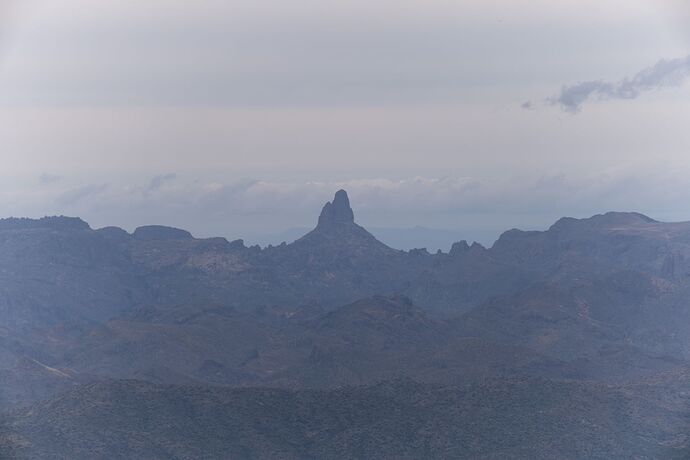 The RAF file on Dropbox is not the one shown here. It is difficult to understand where the problem would be.
(There is obviously no problem with the transmitted file)

I have on occasion seen differences in color with uploaded images in Dropbox. I have suspected that Dropbox may alter the display rendering, but I do not know that for certain. Of course for things like uploading raw files and .dop files it’s not an issue.

My apologies. I have corrected the link for the RAF file.

Just to clarify, the 2 images above have not been through Dropbox, they are just jpgs of the RAF file before and after PR2. Comparing the images, the PR2 image (bottom) is overall a bit brighter. But the real concern is how the left and right have been bleached out.

Am I correct in thinking that removing all the LR edits should allow PR2 to process a “clean” file without LR affecting the output?

This issue is related to the PureRaw lens correction profile. I have already seen a few similar cases, always with telephoto lenses and generally at the greatest focal length. But it’s hard to say if it’s a general problem related to this profile, or to the specific case of your lens.
The result is effectively an overcorrection of the vignetting, and it is not possible to deactivate this correction in PureRAW, to use instead the correction of Lightroom with the integrated profile.
Distortion correction normally has no effect on vignetting (except at the margins with lenses with a lot of distortion).
The only possibility I see is when returning to LR, to switch to manual lens profile and enter a negative value for the vignetting slider. But that will probably only partially solve the problem.
It would be interesting to see if this issue affects all shots from this lens at 200mm, or just a few.

With PhotoLab, we can easily solve this kind of problem since we have additional settings to modulate the correction of vignetting.

Thank you for the explanation. That lens correction (of all things) should be an issue from DxO is certainly disappointing. Since posting I have come across a similar issue with an image from the Fuji 16-80 shot at 27 mm. It seems as it stands that PR2 is not quite sorted, at least for Fujifilm lenses. I have also noted color changes with pretty much every file I have put through PR2 where a green color cast is added. Although easily fixed in Lightroom it is still a pain to have readjust color with every file. It is a real shame, as I have been very impressed with its sharpening/noise reduction. The workflow integration with Lightroom also seems excellent. But the hit and miss performance with the files I’ve tried so far is concerning. I don’t think in its current state that PR2 justifies a purchase.

As I said above, the problem comes from the DxO profile for this lens… and probably for this focal length. But it’s not clear who is involved::

For the “problem” of green tint, more details are needed: is the file transmitted to LR by PR a dng, or a jpeg? And there again, examples would be needed for us to be able to judge.

Here is an example of the vignetting issue with the Fuji 16-80 lens shot at 27 mm. All LR settings were zeroed before processing with PR2. This one isn’t as bad as the last one but is still obvious when looking at the clouds at the top right and the river at the bottom right. The issue really pops out with further editing. 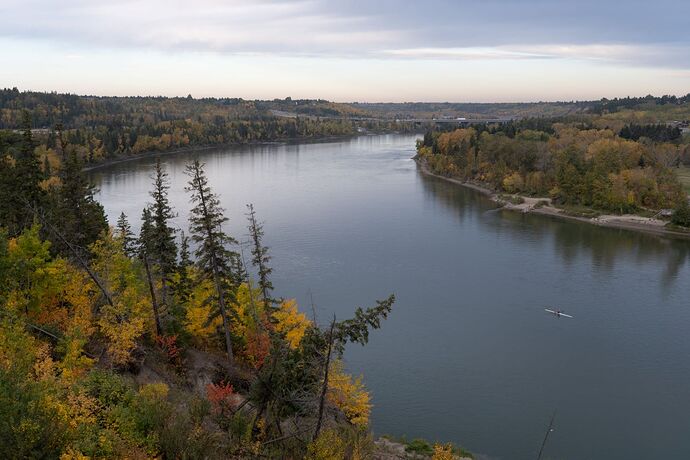 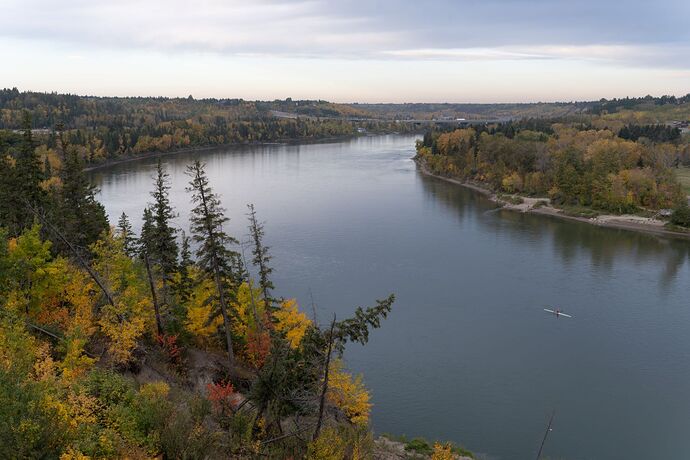 Another example with the 55-200 lens shot at 128 mm. Vignetting issue is visible especially along the right hand edge. 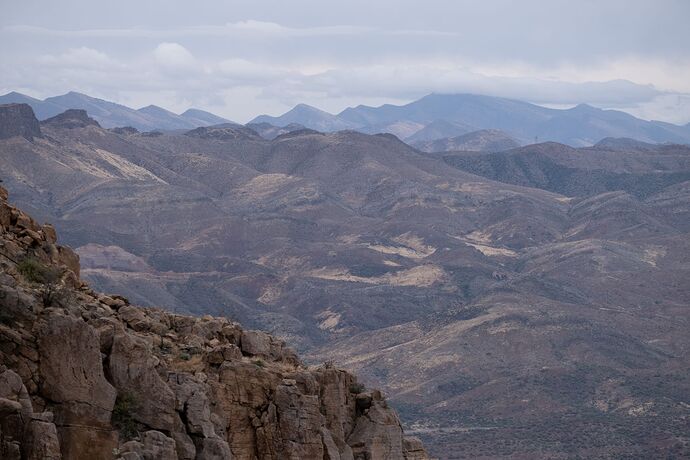 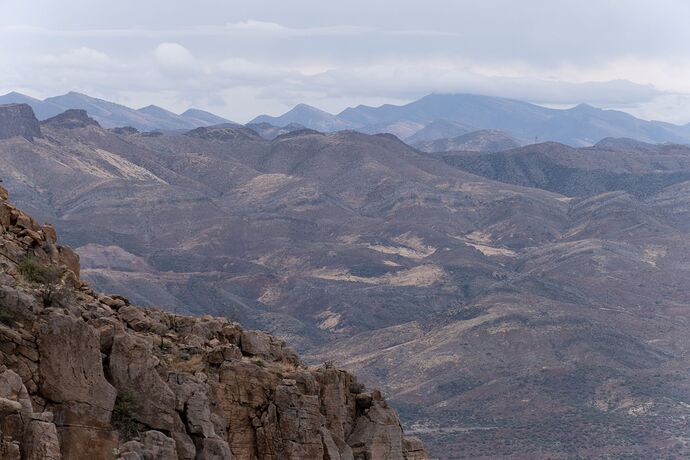 Since the RAW file in Dropbox for the last example is the same as the previous one, I can’t pass judgment on that.

But for the second example, I’m not sure there’s a problem.
Yes, the water is clearer along the right edge, but wasn’t it clear when shooting? Ditto for the cloud above. It’s hard to believe that there could be a problem with a vertical strip and only on the right. The vignetting correction being done from the center of the image towards the edges “in a circle”, there is no reason for only the right edge to be affected, the left should be, and the angles much more than the edges in the middle of the image.

Thanks for your time. Sorry about the raw file. I won’t make any more attempts.