Thanks for welcoming me!

Still learning the new features of Nikon z fc and in the meanwhile admiring its beauty, while sipping a cup of tea!

Welcome Mohan. This is a great site to get help and share information on DXO products. DXO staff members contribute regularly.

BTW, here’s a link to a support request. Please upvote!

Please include support for the newly released Nikon Z fc and the 2 lenses mentioned above. Thanks Mohan

Mind if I join the party? I have been using DxO for a few months now and just now joined the forums. Same thing as Mark and a couple others… curious about support for the Z fc. I got mine about a week ago and I’m really enjoying it. I owned FM, FE2 and FG bodies back in the day and as soon as Nikon announced this I pre-ordered (splurged for the cool green color). I normally shoot full size DSLR (D780/D850) but this is perfect for travel.

My complete kit is the Z fc body with Z DX 16-50 and 50-250. Gives me 24-375mm equivalent coverage in a package that is smaller than a D780 and a 24-70 F2.8 and a LOT lighter. Sure the lenses are slower that my big glass, but between the 5 stop image stabilization and DxOs awesome DeepPrime AI, lens speed isn’t a concern.

FWIW, the ThinkTank Turnstyle 5 V2.0 sling bag is terrific for this kit. Fits nice and snug, with additional for charger, batteries (if I can ever get one) cards and additional filters (I bought step-up rings for both lenses to shoot with a CPL) and I even manage to get an Ultra Pod in it.

Anyway, will be curious to see how long it takes for Z fc support in PL4. It’s an extremely popular body with Nikon already struggling to keep up from their pre-orders, not to mention it’s basically a Z50 in retro clothing. So I’ll bet it won’t be long. Adobe just added support for it today so I can at least edit in LR for now.

Congrats on the new camera, Mark! I also just turned 75 back in May and bought myself (preordered) a new Pentax K-3 Mk III back in February and it finally arrived in late April. Hopefully you won’t have to wait as long as I’m waiting. Marie told me DXO didn’t finish profiling the camera in time for the June update but I should see it in the October update of PhotoLab. Lets hope the profile for your Z Fc will be included in the October update too. Again congrats and enjoy the new toy!

Thanks Larry. In the meantime, I’ve downloaded Nikon’s NX Studio ao I can export Z fc NEF files to TIFF and continue editing in PhotoLab.

don’t worry, we will support the Nikon Z Fc soon.

Thank you Marie. I look forward to it. Until then, as I indicated above, I have a workaround.

the only negative comments in the reviews is its lack of IBIS. The fact that this camera doesn’t have IBIS like some competing cameras is not an issue for me.

Welcome to the dark side, Mark. I was a Canon shooter when I first started using Photolab and joined the community here. I tired of Canon’s cripple hammer on video (5D III, M6, 5DSR) and didn’t like shooting two brands.

After trying this and that, I brought in a Nikon Z6 for testing. I liked it so much that eventually I sold all of my Canon and Sony gear and went entirely Nikon. The ISO invariant shadows for most of Nikon’s line (not the D4 and especially not the D5 but the D750, D810, Z6, D850, Z7, Z50, etc) are a real blessing to retain highlights and raise shadows. High ISO noise is much better with Nikon cameras. This is important for photographers using any RAW development tool except for DxO Photolab ironically. Photolab does such a great job on Canon high ISO chroma noise (at least two stops) that the difference in high ISO noise (at least one stop) is largely neutralised (Photolab gives roughly one stop back to Nikon RAW images as the noise is less chroma and more luminance).

Still miss Canon menus and skin tones just a bit (Nikon is much better than Sony but Canon handles caucasian skin tones best with just the right amount of cherry in the cheeks without turning anyone orange or purple) but otherwise the Nikon experience has been great. Nikon auto-focus is a bit better than Canon except when shooting something dark backlit. Canon did this better. Once a photographer knows about this weakness, it’s a rare shot and there’s any number of ways to work around it (most easily by focusing on something lighter at the same focal plane).

Of course with both Canon and Nikon, there are so many great used lenses out there it’s possible to build a very decent bag at great prices. My new favourite Nikon lens is the venerable Nikon F 35-70mm f2.8 at 660gr which preceded the 24-70mm f2.8 VR at 1060gr.

If I owned the second I’d rarely take it out, whereas the 35-70mm works as a walkaround lens. Thanks for sharing your experience with equipment as a photographer getting older. I’m following the same path but twenty years behind you. The Nikon D850 with grip and 300mm f2.8 is hard on the elbows but the results are often worth it. 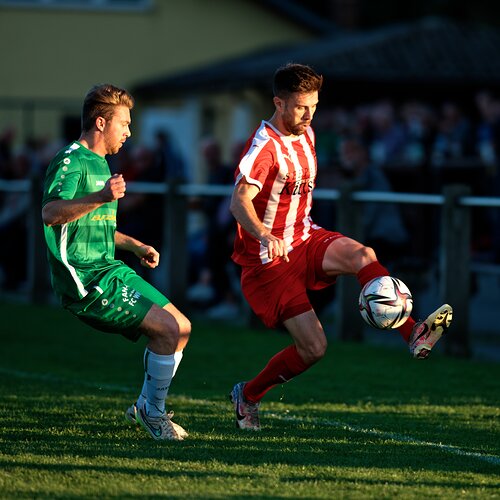 I also own a Z50 which is very similar to the Z fc, using the same sensor. Like you I’m sometimes astonished at the quality of images which come off of this little APS-C sensor. I’m fairly certain that it would be possible to successfully edit Z fc RAW images in Photolab if the EXIF information were changed to declare that the images came from a Z50. Unlike some of the other masquerading where there will be a real difference and there’s a risk of permanent confusion with one’s RAW images by declaring one set of files to be shot with a different device, in this case there would be little if any harm done.

I have a draft post mostly ready for our weblog with some detailed and simple information on using EXIF tool for batch work (which is what slowed me down last time). I’ll finish it and let you know.

Hopefully it will be so popular that DXO will prioritize adding support.

Needless to say, DxO should add support for the Z fc very quickly as Photolab 4 already supports the Z50 and has for a good long time. Just done a check in the Supported Camera Database (should have gone there first, actually hand checked a Z50 file). Nikon Z50 support has been in place since DxO PhotoLab 3.1.0.