Issue with DeepPrime and inverted images in DPL4.1

Under the conditions listed above, I get moire like patterns in dark areas of images: 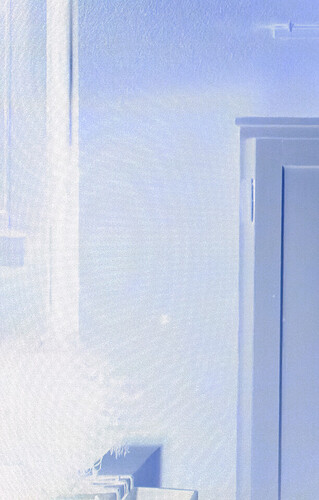 Update: Upload done. Beware: the first upload does not include the sidecar

Did you have a filter attached to the front of the lens?

No filter attached. Took this shot in 2012 and use it as a test shot since then. I’ve had issues previously with this image and Prime (when it was new) and no issues after DxO fixed something. A few years later (this afternoon) I discovered a pattern again in DPL 4.1. Note that I’ve not tried to produce it, but came across it when I tried something else.

It looks like a vortex to an other dimension

I did a few more tests and found that the pattern goes away if I don’t use distortion correction.
And yes, the pattern is present at different zoom levels and viewers.

I suppose that we’re touching at the limits of what DPL can do with high ISO, low light and noise…

I’ve compared the pattern with the one I get when I convert the image in Monochrome2DNG and then correct distortions in Lightroom - DPL cannot display the files - and the pattern looks the same. Welcome to physics… 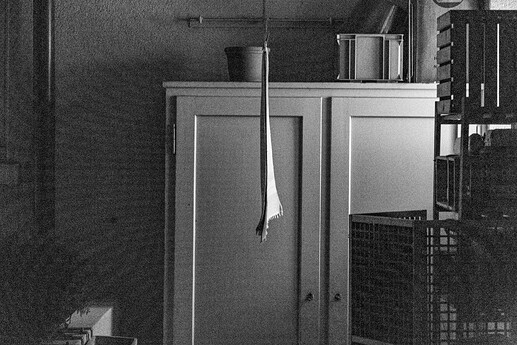 I’ve seen a similar pattern before in my own images on rare occasions, using various image editing programs - but only while zoomed in and while an image is in the process of being rendered in the image viewer. Once the image is fully rendered, the pattern is gone. (I wonder if image resolution or compression has something to do with it.)

If this addendum is still true, then it sounds like there could be a rendering problem in your graphics pipeline - something not finishing properly. Or have you concluded to your satisfaction that the problem is in the source image itself?

I confirm that it’s due to distortions correction and that we are aware of the issue. It’s something that could be improved, but at a fairly high development cost (and also with a slight slowdown at runtime). Since it is rarely as visible as in your example, it’s not at the top of our list.
If you think it’s very important, please tell us.

Thank you for your reply, @wolf. I don’t get these ill results very often, nevertheless, they appear exactly when DeepPrime could be most helpful.

As of today, DP does a good job in most cases, but in this case, it does not fail gracefully. My proposal: Add a caution/comment to the guide so that users know what they are dealing with and what the workaround(s) might be. That should be good enough for the moment and imo.

I presume that most users don’t read the guide; transparently communicating known issues can improve user confidence in DPL and DxO though.