Is VP and FP needed at all if you have NIK?

New to all this but wondering if VP and FP are needed if you get NIK?
BTW- I did not see a bundle with NIK.

There are variious opinions on this, but I’ll give you my take. I own Viewpoint FilmPack and the Nik Collection.

The Nik Collection has a module called Perspective Efex which is identical to the standalone version of Viewpoint 3, however I did not purchase Viewpoint to use it as a standalone program. Viewpoint’s license also gives you access to the Viewpoint features built into PhotoLab which you can apply directly to raw files.

I also own a license for FilmPack 6 Elite. Again, I do not use the standalone version of FilmPack. I run FilmPack’s features from within PhotoLab 5. Besides the 97 film emulations in FilmPack 6, running it from within PhotoLab also gives you a number of important additional features, including a fine contrast slider and highlight, midtone and shadow contrast sliders, a channel mixer, creative vignetting, split toning, a number of filters, and a blur tool. These are in addition to several other features, and the newly added Time Machine.

I do not see any major overlap between FilmPack and the Nik Collection. If anything each is an extension of the other’s functionality.

My take on this is that Nik Collection is more targeted at those who want to use it for processing non-RAW files in combination with PS, Lr, etc. Integrating FP and VP into PhotoLab gives you a single workflow from RAW right through to export of finished image without the need to convert to TIFF or other format, which loses the ability to make future RAW edits.

I have Nik Collection but still haven’t used it apart from seeing what it looks like. Personally, I don’t like the UI and am more than happy using FP and VP integrated in PL for everything.

Reinforcing responses from Mark & Joanna (and assuming you own PhotoLab);

When you have licenses for all of PL, VP and FP then the features of VP & FP are fully integrated into PhotoLab.

In terms of VP this means there is no need to first process in PL and then separately export to Perspective Efex just to achieve perspective corrections, and, importantly, you can make these corrections early in your correction steps - which often facilitates and informs further corrections.

Having FP fully integrated within PL adds some additional (and worthwhile) Contrast adjustment features to PL - as well as many additional film/colour emulations (if that’s something that interests you).

As Mark notes, the main beneficiaries of Nik Collection would be non-PL users … For PL (+VP & FP) users, there is some benefit from Color Efex Pro and Silver Efex Pro.

I agree with all three posts above that if you have the PL, VP and FP suite then there is limited benefit from the use of Nik Collection. I find that the three products together let me do pretty much everything I want with RAW images, with all changes being applied in a non-destructive manner. I do own a copy of the Nik Collection and occasionally use Silver Efex (for b&w conversions and pseudo-HDR effects from single images). I could probably (and I’m sure some will say certainly) achieve the same results in the PL / VP / FP suite but having first started these areas with Nik I continue to find it easier.

Hello
My turn : i agree mostly with previous comments, with however a difference for Silver Efex. I have tried many times to use FP instead of Silver Efex (by google) and each time i prefered results by Silver Efex and also ergonomy of the tool.
Some filters in Color Efex could be quicker to use but i don’t have spent enough time to get used to them so far.
I don’t use film simulations, and i am not nostalgic of the 20th century, so analog efex is useless for me.
Output sharpener : principle (to adapt sharpness to the use of the pic, as in LR exports) seems smart for me, but i seldom print my pics so never made the comparison with results by PL.
Personnally, switching to tiff at the end to export to Nik and generate the jpg back in PL does not bother me. You can make presets in Nik if you want to apply same settings if you want to go back to raw and back again to nik.
Regards

FP and VP do seamlessly integrate into DPL. If I had to limit myself to using

Well, I’ve grown up with PS + NIK filter – so I’m biased. But then, my goal is printing and for all the real finishing I still need a pixel editor.

The question is whether you @Losthwy want to go with an ‘integrated’ solution only
– and try Nik Collection, when you have the need for.

That’s my take too. I have both VP and FP so they are seamlessly integrated into PL, meaning I never use them as stand alone applications. They are invaluable extensions to PL.

I also have NIK but I’ve disabled the ‘export to NIK’ button in PL because NIK was conceived as plugins to a pixel editor so, to me, it makes no sense to try and shoe horn it into PL, which was conceived as a RAW editor.

When I’m done with PL my RAW ends up as a TIFF. If necessary I’ll make further tweaks in Affinity Photo. NIK works well in AFP, since it’s operating in the sort of environment it was designed for, as plugins to a pixel editor. Typically such tweaks will be to use SilverEfex to produce a B&W image.

Is there a way to export directly to Affinity (which I have) from PL? 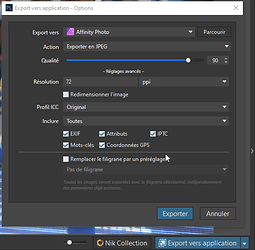 Thanks. I copied that image for my use.

Thanks all. VERY informative replies.

As Franky has shown you this can be done. However, it’s not a feature I use.

Neither PL nor Affinity store images within the application / in a monolithic catalogue, they simply open files from a folder. In the context of these applications ‘exporting’ actually means ‘saving as in a new format’. For example, having opened a RAW file in PL and processed it you can’t save the edits in a RAW format, you have to ‘export’ the new version, aka save as, a TIFF, JPEG, etc. and the new version ends up as another file in the folder set by ‘export’ feature.

Similarly in Affinity you can ‘export’, aka save as your finished image as a TIFF etc.or you can save it in Affinity’s native .afphoto format. The benefit of the later being you can easily go back to the image and tweak any non-destructive edits.

For me, the quickest way from PL to Affinity is to RIGHT click on the image I’ve ‘exported’ and chose the ‘open output file with…’ option.

for all asking for Affinity you can try working with LUT’s in AP under Adjustments. There are the HaldCLUT_for_Affinity (collection of LUT’s with different Filmsettings) you can google for and integrate in AP and have fun

Hi
thinking about this thread, i tried to to process a dull, flat image in PL5, and gave a try with Nik.
See variations here.
Composition debatle, and not proper edges, just a school case let’s say.
Would be interested to see how you could interpret this picture.

Without settings except by defaut (and corretion of the horizontal level) 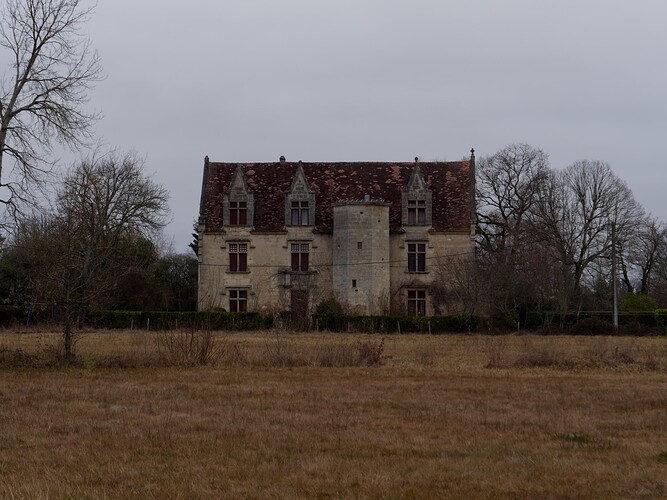 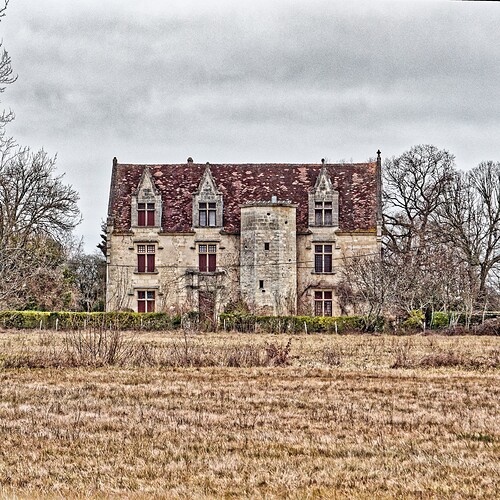 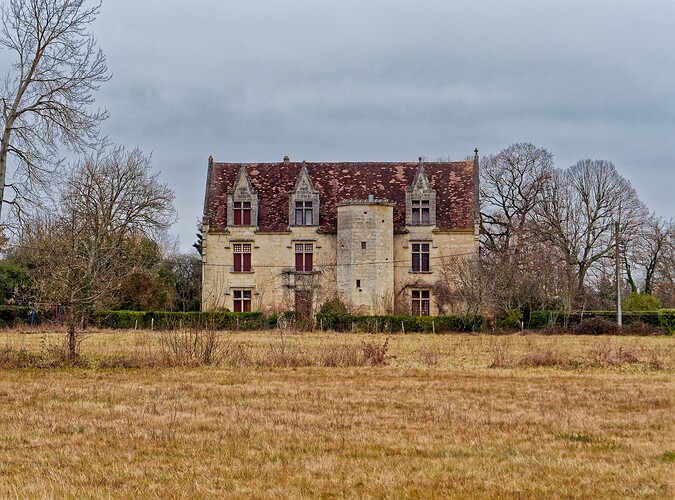 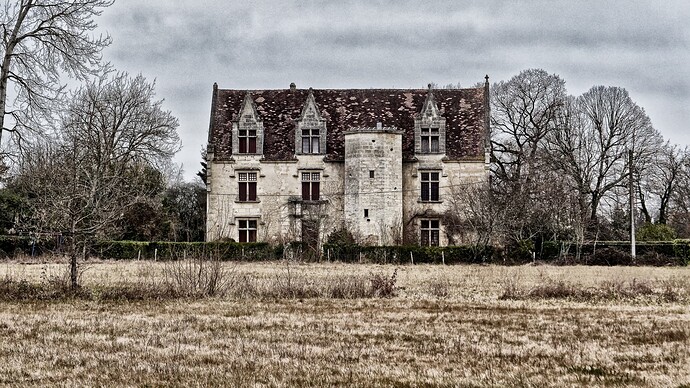 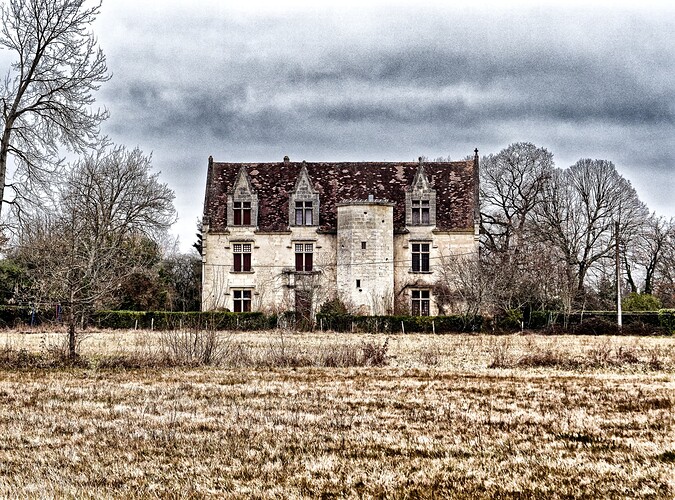 a last one by silver efex 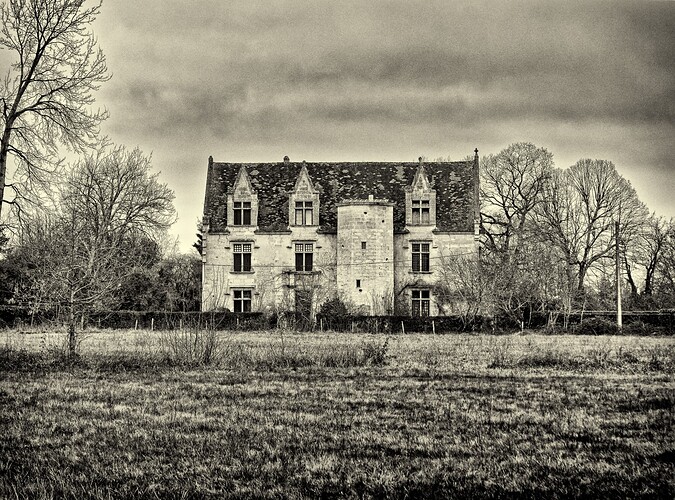