Hi
Is DeepPrime too good? Thinking of portrait and face. Have not used it very much yet, but sometimes it seems that works too well as the faces become too “smooth”. Sometimes I want everything to appear, both pimples, wrinkles and natural skin structure etc. Is there something I am doing wrong? I guess that the algorithm that dxo uses constantly tries to make the images (in this case the faces) absolutely perfect and maybe therefore tries to correct things that it perceives as errors (eg pimples, wrinkles, pores etc).

Any examples?
Prime is known as good but it can generate blothces, blobs.
Deepprime is in that matter much better.

I haven’t watched on portrets how it behaves so can’t say it’s smoothing skin more then surrounding area’s. Hence the have you examples. 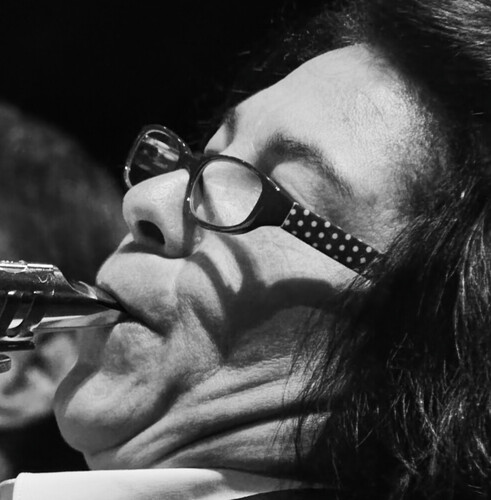 I see plenty of texture and detail in the skin.

Have you tried to use a little micro-contrast, or fine contrast maybe, depending on how close is the portrait? Micro contrast can even be used as a local adjustment.

I have not spent a large amount of time examining the results at a pixel level, but I did do a reasonable amount of testing of DeepPrime before I started using it extensively.

In general, in pretty much every use case that I have looked at in detail, DeepPrime was not being over zealous. In fact in pretty much all cases I was very impressed at the results it was achieving.

If an area did look over smoothed, then it was because that area didn’t really have any recognizable detail in the raw file.

I have only ever seen one case where it did lose some detail, and that was a small amount of the detail of some very subtle texture of a plaster wall. Even this was minimal and more than acceptable.

What I have noticed is that at very high ISO (eg 54000) where the noise level is extremely significant, that the noise reduction at the default setting becomes notably uneven, which could give the impression of over smoothing. I don’t believe this is actually an issue though, its quite literally that the noise in the shadows starts to become more significant than the noise in the highlights. In this case I tend to dial the Deep Prime noise reduction down a little, allowing some more grain in the brighter sections of the image to balance the grain in the darker areas.

Thank you for your feedback
Do not have any sample photos yet. Have so far not tried deep prime so much yet, but got a first impression that it smoothed the pictures more than desired. I miss the “roughness” in the faces of the few pictures I have tested (I do not take portraits, but sports pictures.) But as I said, I have to try it more. Joanna’s picture is very convincing even though I do not normally use such a high iso (thanks for the example picture, Joanna). Will eventually, when time allows, try to take several pictures of the same subject (face), but with different ISO values to see if there is any difference and compare with for example Prime.
JeanMontambeault: Yes, micro contrast helps a bit and not only when I use deepprime, but also use this without using deepprime.
Again, thank you so much for the feedback.