How can I convert a film negative (TIF RAW from the film scanner) in DPL3? I haven’t found anything. 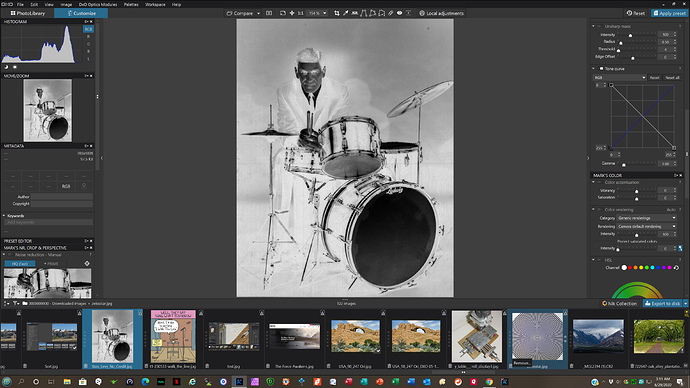 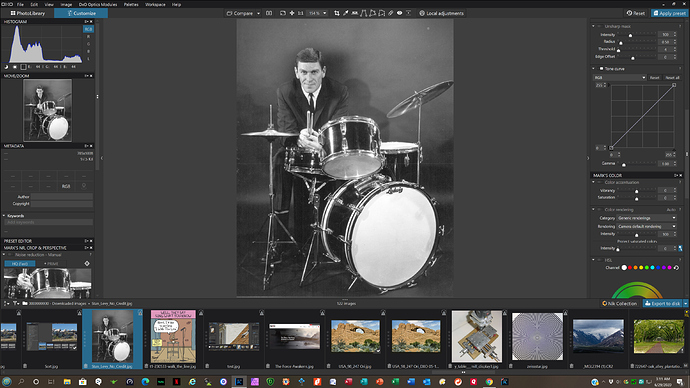 I believe the best way is using the Tone curve

Yes, that’s the solution I use.

Existing problem: I’ve been scanning film with an Epson v800 scanner in Vuescan, then importing the 48 bit scans into PhotoLab. Whether by happy accident or hidden feature, the color correction and levels balancing on the images is probably the best and fastest I’ve ever seen for scans of negatives. It can be a bit more difficult if there’s not a clear grey area in the photo, but copying setting across images works well in that instance. Proposed solution: In the future, you might want to add…

Hi Mark,
thanks for the hint. That works. But having this set in the tone curve, I am not able to apply any presets, because the presets are based on the original format (negative film).

Is it really true that DPL doesn’t provide such a basic function every cheap/free software provides?

In this case, the raw negative scan is useless and I have to go through lossy TIFF from the scanning software.

That’s correct but you can take existing presets and modify them by inverting the tone curve and saving them as new presets. I created three presets from existing ones with the tone curve inverted for use with negatives just now in less than 1 minute for all three of them. They seem to work fine. And you can still use all the adjustment sliders and other tools. You can even use the tone curve sliders but I suppose they would have to be set to the mirror image of normal use.

I’m not sure this feature is a basic function in most software as you suggest, at least not in most of the software I’ve used, but I haven’t tried everything.

You can even use the tone curve sliders but I suppose they would have to be set to the mirror image of normal use.

Yes and if you check out the preset I posted above, you can see that I inverted the R, G and B curves instead of inverting the combined RGB curve, which is an other possibility.

B/W images are easy to convert, colour negatives can get tricky, depending on film model, age, development, exposure, lighting conditions etc. Using my preset, I usually white balance the image and then drag the corners of the tone curves inwards to make whites white and blacks black etc. At the end, it can look like this (or fairly different) 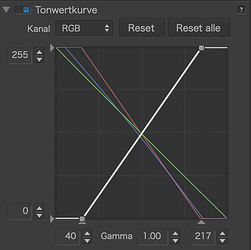 If the tone curve is a straight line, this one should be easy. How do you convert the presets with a snake-like tone curve? Why not just adding a feature to convert the image from negative to positive and safe this change in the original file?