@Hugo My apologies for going all around the houses to get back to your original “test”. 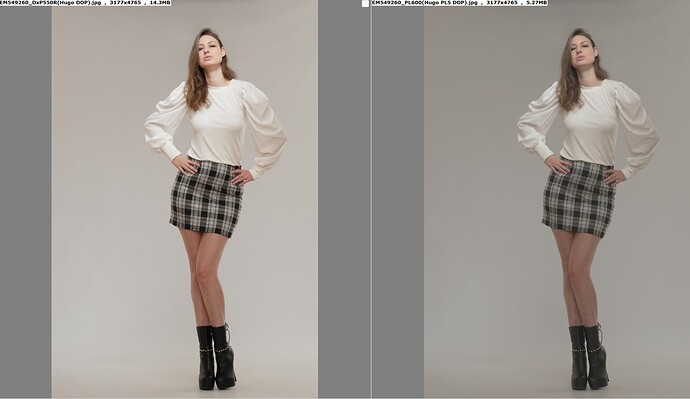 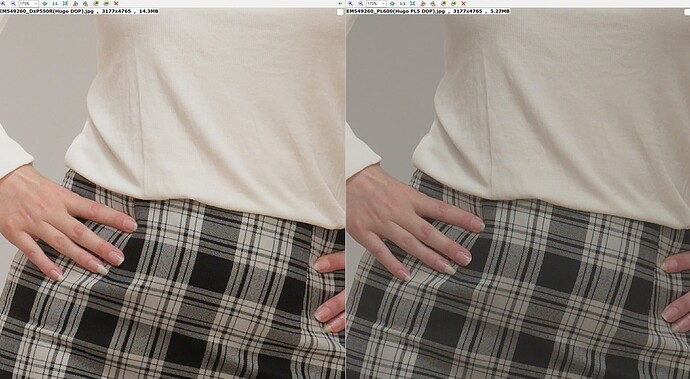 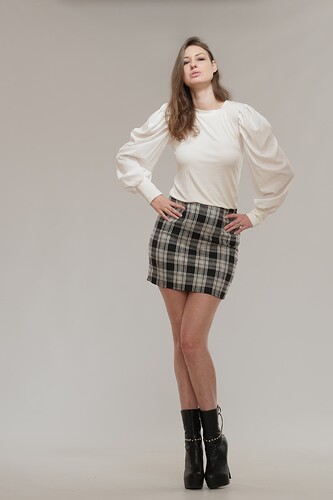 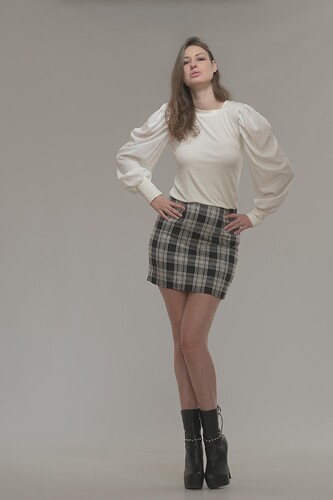 Yes there is a definite difference but why!?

I made some time to test one of my images just now in PL4, PL5, and PL6. First, with the No Corrections preset, but using the Legacy working color space and Soft Proofing for sRGB in PL6, I see no noticeable differences. With Color Rendering on and set to “DxO camera profile (E-M10)” (“Camera default rendering” in PL4), there is a bit of a loss of saturation in all three, and again they are all equal.

Repeating this test with the image of the model in the top post, there are again no differences. When I change the color rendering in all three PLs to DxO Portrait, the situation changes. Now PL6 has muted colors. The same thing happens with my own test image. So that’s a major cause of the problem, and hopefully the only cause.

This isn’t the only color rendering option that’s broken in PL6, but I don’t believe there are many.

I used generic renderings => DxO portrait to process the image

I had played on other pics with this preset and seen, that the outcome – when applied within PL6 – is very different.

.
1.
loaded your files in PL5 (new folder), made a VC, deactivated “Generic rendering (DxO Portrait)” and exported from there to *PL5_1.tif

So, the information from the release notes

is NOT complete / correct, as here we are in PL6 Classic-Legacy mode 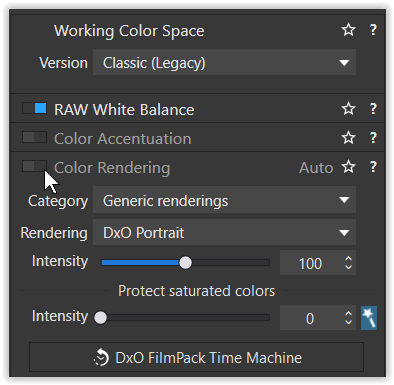 and not in the mentioned Wide Gamut Color Space.

@DxO_Support-Team – please pass this on to have a look.

The problem is with PL6 Classic-Legacy, not with the partly incompatible PL6 Wide Gamut
(as indicated).

Can I confirm, using my famous lobster kite image, that PL6 drastically changes the rendering for the generic portrait rendering, even in Classic mode. 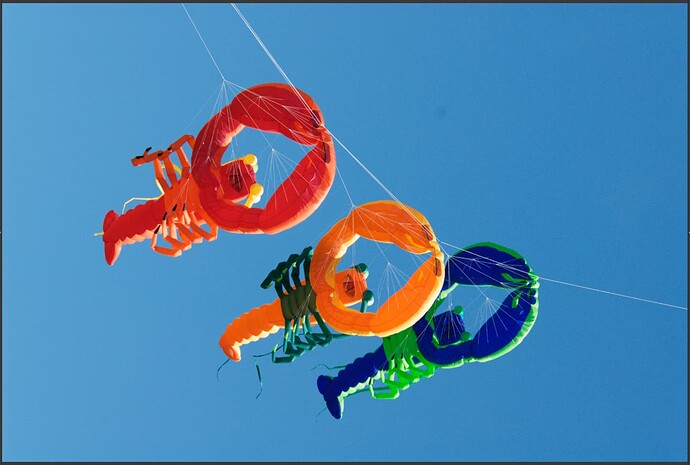 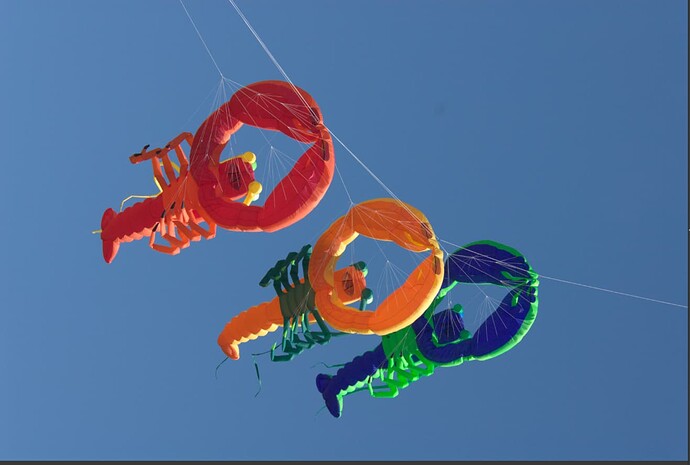 Although, if I select the DxO camera profile for my camera, I actually get no difference. 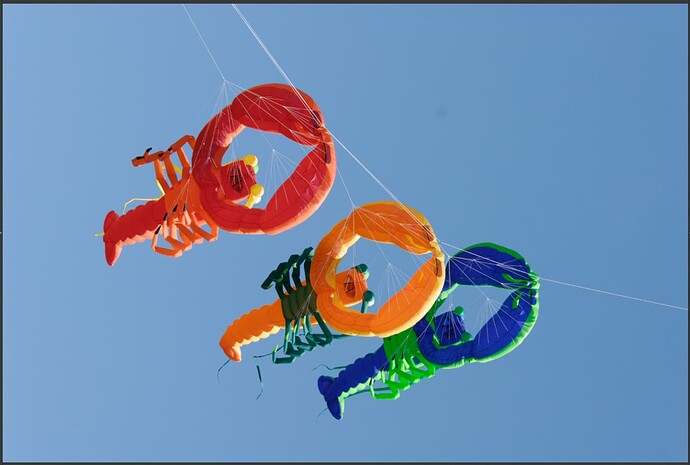 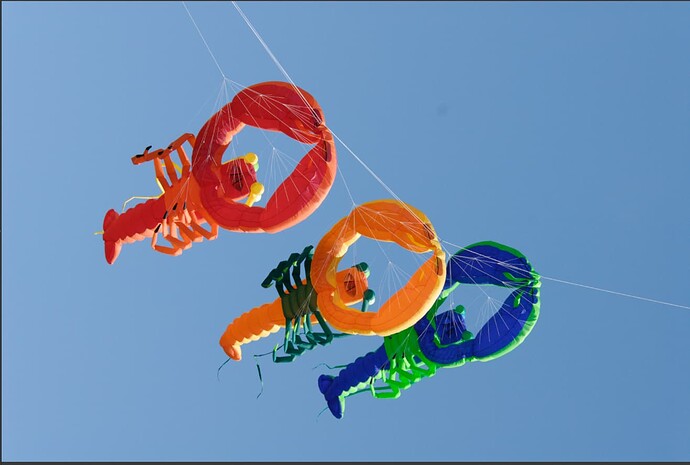 So, it looks like this has something to do the Portrait rendering

@Hugo @Wolfgang @Egregius @Joanna Joanna nice kites and the answer is yes ish or rather yes if you leave the image in Legacy mode!

I repeated my test by taking Hugo’s DOP and applying the DOP to some of my images but then went back to Hugo’s model images because the comparisons are easier. If the Color space is changed to Wide Gamut then the images where PL6 has used the PL5 DOP become closer to the original, arguably slightly better!! 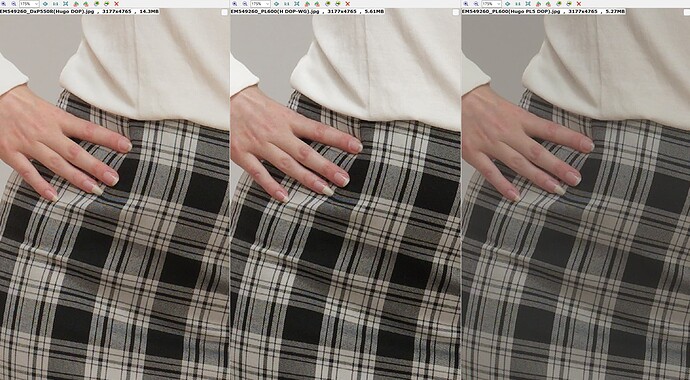 @joanna It does appear to be linked to DxO Portrait rendering because when my camera is selected there are no problems!

@Hugo the test with Wide Gamut was just part of a test to see if I could use your DOP on my images, a trick I have used that works on DxPL(Win) and it occurred to me that we had not tested the impact of Wide Gamut. When using my own images on PL5 I was not able to get the ‘DxO portrait’ rendering it simply was not there!? When I used your DOP I was in ‘DxO portrait’ but my own camera rendering was also available!?

So I agree with you that this is a bug but one which might be linked to the introduction of Wide Gamut (!!"??) (or not) and using Wide Gamut might provide a temporary work around. But I would definitely raise the issue as a fault with @DxO_Support-Team

My biggest “scare” was on the beta, when opening an image, previously edited in PL5, with no rendering selected, in PL6. All of a sudden, the colours were way different.

Fortunately, DxO have now provided the switch back to Classic and, from comparing all the other renderings, (part from Portrait, they all seem to be the same in PL5 and PL6.

Unless I am missing something you guys have found in your test?

Fortunately, DxO have now provided the switch back to Classic and, from comparing all the other renderings, (part from Portrait, they all seem to be the same in PL5 and PL6.

@Joanna that appears to be the case but I am also puzzled by what I think I saw in some of my tests.

Unfortunately I am using two machines, one on PL5 and the other PL6 but sharing directories, each designated to a version of the product and that has been fine but my snapshots are not as well filed as they should be and that has me feeling that 3 screens, 2 machines but only one aging brain is losing contact with reality if you can describe this testing as reality!!

The issue that is puzzling me is

Applying ‘1 - Portrait - Standard’ to my own image

Using a “hacked” @Hugo DOP to my own image 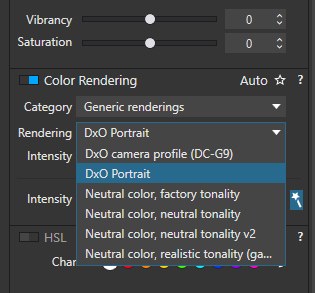 What am I doing wrong!?

Today I must get on with some DIY

The same way as I did in → In V5 processed images look different in V6 - #24 by Wolfgang,
in PL5 I applied a few different renderings to a virtual copy of your pic.

( As in PL it is not possible to compare the generated TIFFs instantly, I did so in PS. )

@Hugo Please raise this fault via the DxO support channels because raising it here gets you opinion, advice and “advice” and confirmation but I am simply not sure anyone in DxO is monitoring the forum anymore, let alone actually preparing to react!?

I raised the issue through the support channel. I hope the are able to fix it soon. The number is 387371.

@Hugo good here’s hoping there is an “easy” fix.

During Beta testing, the issue that making any change to existing customer presets was to be avoided as much as possible seemed to be accepted by DxO and the ‘Wide Gamut’ feature was made optional but something seems to have slipped through.

Whenever new features are provided, particularly when they involve image editing, it must be possible for the user to continue with the “legacy” features wherever possible until they decide to adopt the “new”, or not, as they choose.

Not that all developers of image editing software even keep the interface the same going from one release to the next!!

I tested @Hugo’s image in DPL5 and DPL6 and tried to find differences. This is what I did:

Doing the same steps as above with a different image, I get two seemingly identical images: 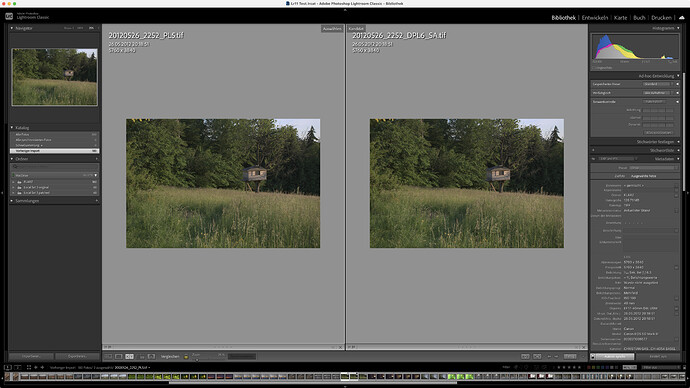 Going through the procedure in Photoshop, I got this: 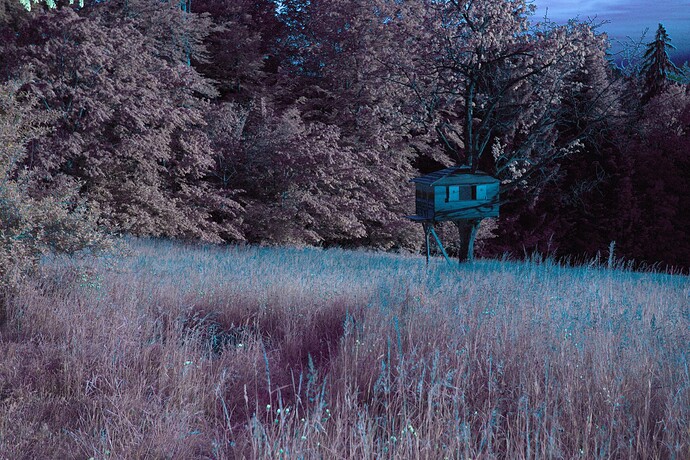 Just a couple of “FYI” comments;

Having Soft Proofing activated or deactivated makes no difference to the exported result - - the SP setting impacts only what you see on-screen/within-PL … because;

Export was done with ICC = “As shot” in all cases

So, the result may have been exported with an AdobeRGB profile (if that was the camera setting).

I could also test on a M1 MacBook Air running Ventura, but I don’t feel like it right now.

Thanks for all the effort you put in. It seems that the issue is (only) related to generic settings - Dxo portrait.

Colour renderings are intended to change colours and tonality of images. Depending on selected rendering and WCS, images change more or less. This is to be expected.

The issue I have with DPL6 is, that renderings use names as in DPL5, even though they render differently, and I hope that DxO wil come up with respective fixes and communications.

At the time being, we are confronted with new half-baked features in a paid release. Bugs happen, proposing half baked features is a deliberate choice and bad manners imo.

This is not, repeat not, the same issue that @Hugo encountered (although it may be!?) because in his case he was taking a PL5 DOP over into PL6 when he encountered an issue!! 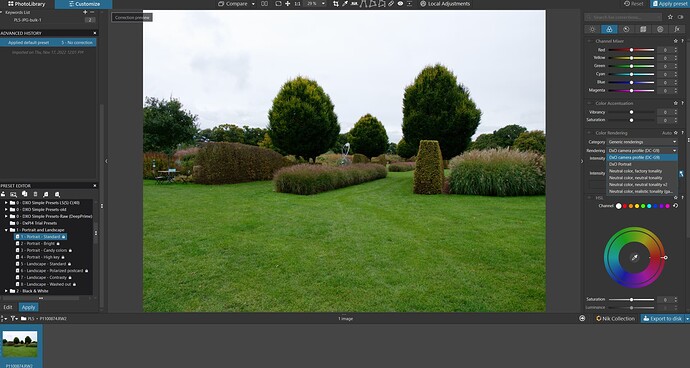 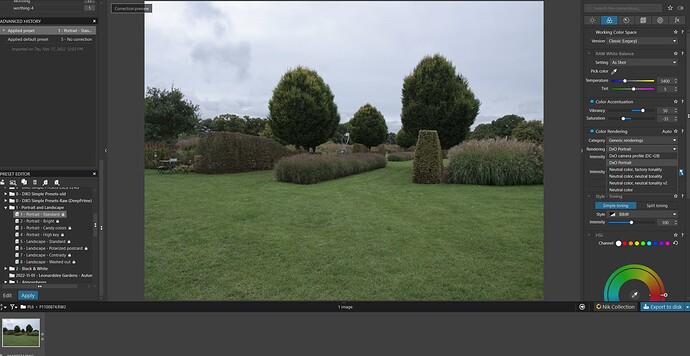 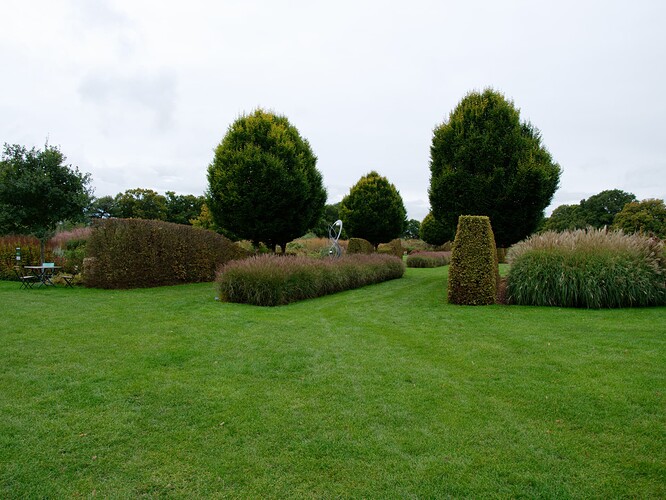 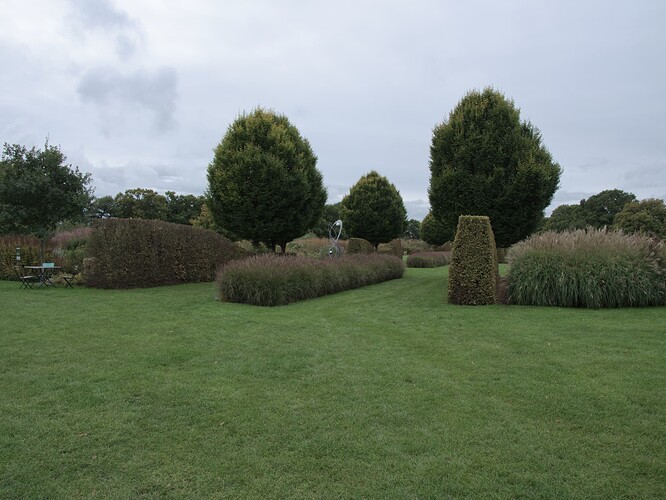 The differences are “interesting”, tests with other homegrown presets do not typically cause an issue but this, and possibly other DxO presets are causing images to change dramatically between the two releases, given that they arguably shouldn’t have changed at all.

I don’t necessarily consider that the other changes in DxPL should have caused this but @DxO_Support-Team if you are still alive a response would be nice!!??

PS:- The reason for my multiple attempts was principally because PL5 contained lens fixes and PL6 didn’t!

@platypus There are differences between images using home grown presets they are just a bit harder to see - IGNORE wrong preset used on PL6 test, Homegrown 56 - … instead of 55 - …! 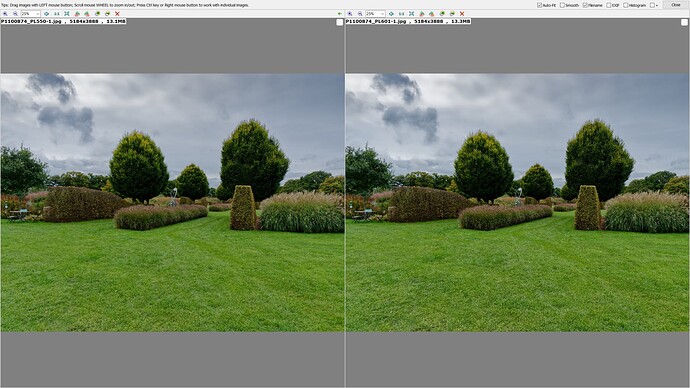 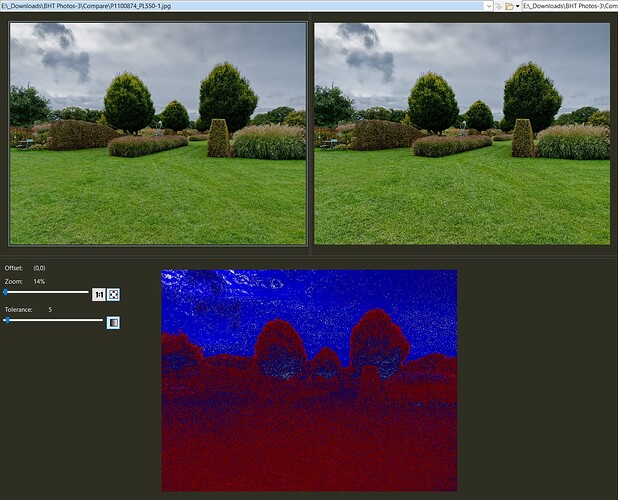 Please explain the following that from exactly the same starting point (eventually) the same image produces different results when the same DxO supplied preset is applied.
…
… apply ‘1 - Portrait - Standard’ and …

Instead of running the test, I had a look at a few of the roughly 200 presets that come with DPL5 and DPL6 respectively. I found presets of the same name that have more or less differences, which might (or might not) explain, why looks will be different in DPL5 and DPL6.

While DPL6 is still incomplete, I’ll refrain from running yet more tests that will show (or not show) differences between the looks. DxO has a hell of a lot of things to iron out and I think we’ve made it clear that some of the unripe bananas are in the colour handling basket.