Following the last update to version 4.1.3.49, the image browser in PhotoLibrary showed much larger thumbnails than before. The bottom portion of each thumbnail was cut off (i.e. file names were not visible).
Easy to adjust with the slider, but certainly not intended. I haven’t checked before adjusting the thumbnail sizes whether the same problem existed in the Customize tab.

The other thing I noticed was that it had a vertical scrollbar in PhotoLibrary. After studying some posts in the forum, it appears as if that has always been the case, but I don’t remember it being that way before. Either way, I’d definitely prefer a horizontal scrollbar in both PhotoLibrary and Customize. I don’t understand why it needs to be fixed anyways depending on the mode when obviously both ways are implemented already. Please give us a choice and, by default, make it consistent between the two modes.

One thing has changed that might cause your trouble:

The slider that used to let you set thumbnail size is now setting the number of thumbnails per line instead. If you look closely, you can see that the slider looks different.

Hello in the windows version it’s possible to resize the ratio between preview window and thumbnail window stepless what wasn’t possible before.

New difference between MAC and Win

The issue is that the size changed a lot all of a sudden due to the latest update AND the horizontal scrollbar is gone.
I haven’t updated PL4 on my other Mac for a while, so here’s how that one still looks. 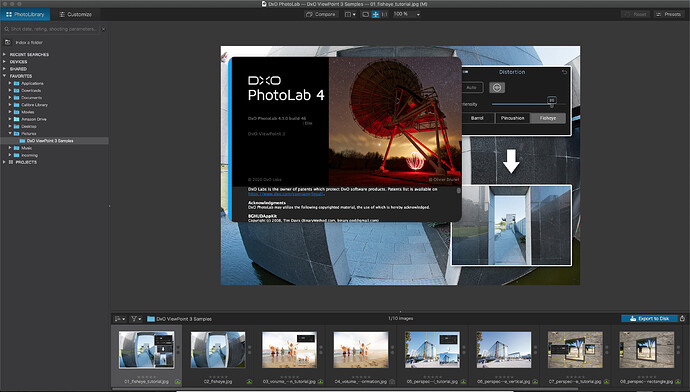 I see. I’ve not used the preview in Library view for a long time and therefore never even noticed the difference.

Anyway, you can go back to the previous version if you copy the “old” version over to the Mac that has the new version (or restore it from a backup dating from before you updated)

Hmm, the release notes to the latest update to 4.2 build 51 say that the filmstrip has been reverted to its previous behaviour, but it’s absolutely the same as in the screenshot in my original post.
What exactly was reverted then? Are the “Image Browser” and the “Filmstrip” different things? If so, what is the “Filmstrip” referring to?

Trying to understand your problem, though I also never use the filmstrip. Browser is always on the second screen. So I docked it to the main stream to check it out. PL 4.2 build 51 latest version on Catalina. The size of the preview pictures depends on how high I draw the filmstrip window. The slider is on the right size.

P.S.
Oops no wrong. Size does not change, when I take the handle and move the window up. Of course you have to choose the size slider.

And like this in edit mode. Than I have to resize by using the handle, but its limited. Scrolling with slider beneath. 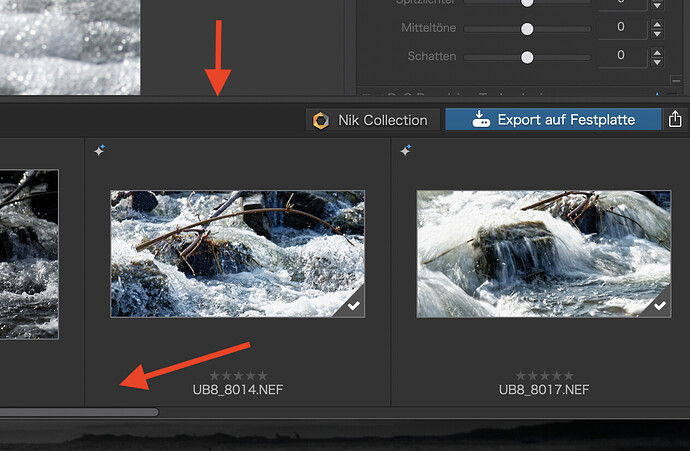 I’d not call the new version messed up, still, it makes no sense to me to allow vertical scrolling only, specially when the lower portion of the view is so small that images cannot be seen completely. 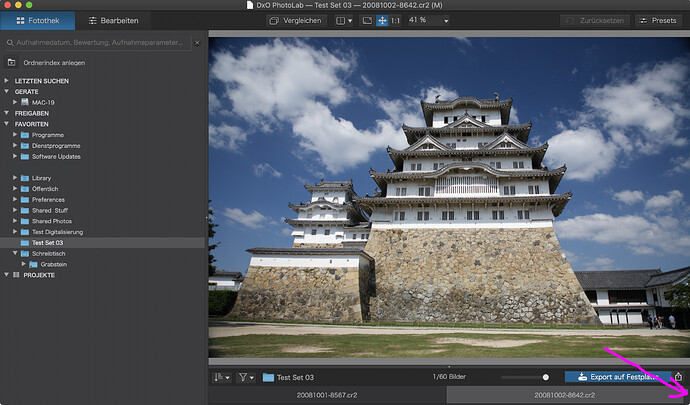 Why not simply go back to the view as in PhotoLab version 3?

It’s not a deal breaker for sure, I just don’t understand why any effort was spent on changing something that wasn’t broken in the first place and on top of that make it inconsistent between the two views.
It used to work the way it still works in the Customize view in both views.
Oddly enough, you can still step through the photos using the cursor left and right keys, just at the end of a line of images, hitting right moves down and all the way to the left again, while before it just moved horizontally.
When I saw the release notes I was really hopeful that they reverted this odd behaviour, but they didn’t and I have no idea what they actually reverted. Must have been something really minor that I didn’t even notice before.

have no idea what they actually reverted

The slider for sizing images in the film strip / on the light table works differently. Shifting the slider to the right now increases thumbnail size (again). In 4.1, the slider looked like a archaic comb and made thumbnails smaller. Before that (and still in version 4), the slider changed thumbnail size continuously…

Ah, got it. Thanks!
I only just noticed that the thumbnails in the filmstrip were just a little bit cut off at the bottom. Probably a tiny change in scale resulting from reverting back to a continuous slider instead of the stepped slider (comb style).