How about a Stripe Graduated Filter?

I know this has been mentioned in passing before but after someone asked about it in another thread, I thought I would take the time to mockup what such a filter would look like and suggest it… 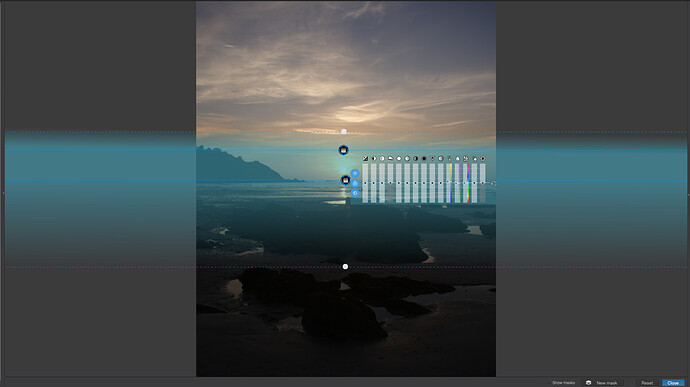 It’s a bit like the Miniature Effect tool from ViewPoint.

Hi Joanna,
Just to be sure to understand, what is the difference with the existing degraded filter with use of the eraser on the upper part ?

The effect is inside the lines and not towards the outside of the picture, which would be a nice add-on.