This is off topic, but I need help from the forum.

I volunteer doing photo restoration for a historical society. The attached photo is about 100 years old; the inscription is in German, but the script is too elaborate for AI translation.

Can anyone translate it? 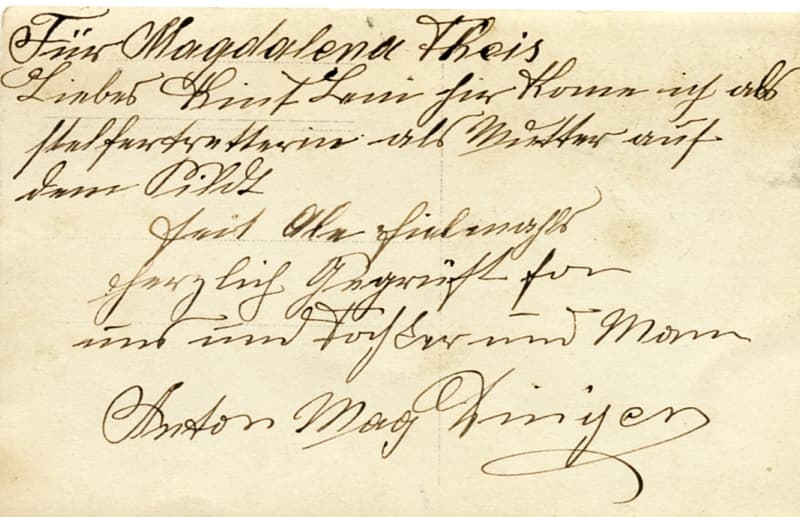 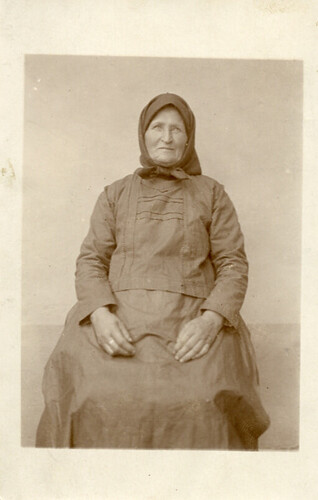 Step 1)
You can try to transcribe the text using this: Kurrent (German: [kʊˈʁɛnt]) is an old form of German-language handwriting based on late medieval cursive writing, also known as Kurrentschrift ("cursive script"), deutsche Schrift ("German script") and German cursive. Over the history of its use into the first part of the 20th century, many individual letters acquired variant forms. German writers used both cursive styles, Kurrent and Latin cursive, in parallel: location, contents, and context of the text determined which script style to use. S...

As with every handwriting, a few characters might be hard to make out…but context and a printed dictionary can help.

It is in old German language. I have studied palaeography Middle Ages (Latin). It looks hopeless but I will try it.

I ask myself, could the addressee have understand this text??

Thank you all for your assistance. You’ve helped me fill in some family history.

Magdalena (Lena) Theis was my wife’s grandmother. She immigrated from Bogorosch, Romania to Philadelphia, PA in 1908 with an uncle at age 15. There are two mysteries: First, why did she immigrate without parents? What were the circumstances that you would send your children away with the knowledge you’d probably never see them again? And second, while not clear, the context of the inscription suggests the photo is of her mother; my wife’s great grandmother.

Family history is always so fascinating, I hope you can find the answers that you seek.

Long ago, when our eldest colleguage retired, I overtook her job to ‘translate’ Sütterlin.