I propose to add a feature to combine a series of raw files to a HDR picture (raw).

Have you had a look at NIK Collection tool; HDR Efex Pro ? … you can pass multiple images to it (eg. from PhotoLab), and it will merge them according to settings you apply.

In this case, tho, PL is acting as the pre RAW processor.

Good HDR merges are a challenge. Bad ones are of little use. I’d suggest exporting properly adjusted base images from DxO Photo Lab and using EasyHDR. EasyHDR tested better for me than Photoshop CS6, AffinityPhoto, AuroraHDR 2018, Nik HDR Efex Pro in terms of arriving at photo realistic HDR with clean merges. None were perfect on my test photos (windmills at sunset). Affinity Photo came second. I’m attaching the EasyHDR version here.

If you look closely, you’ll see some flaws. The other software was worse, usually much worse with merging the windmill blades. This one could still be cleaned up with a minimum of pain. AuroraHDR 2018 for example did do a good job with a dramatic but realistic sky and sunset but the windmill merge was so awful that it would be impossible to show without extensive manual merging.

Unlike Skylum’s software, EasyHDR features are usually added to the application without a major version upgrade (think DxO FilmPack 5 type schedule) and the price is reasonable particularly for non-commercial use (applies to most of us on our HDR photos).

John, I did try Nik HDR Efex Pro (old free version which in my case was not free - I paid Google something like €100 before Google made it free). Results were not as good as EasyHDR for now - Nik hasn’t had a serious update in over 5 years. Lots of potential there for a serious HDR add-on (like ViewPoint) for DxO Photo Plus.

Two of the issues which bothered me about the Nik HDR EFX conversion were speed and the size of the master files. The HDR EFX master TIFF came out at a huge 2.11 GB. Very slow to open in almost any application including Preview. Affinity Photo’s master file was 680 MB while Photoshop CS6 PSD was 528 MB. EasyHDR’s master file was only 168 MB. I assume it’s because EasyHDR has thrown away the parts which aren’t actually used in the master file. EasyHDR did reopen the 8617 x 5660 .exr original with no issues, making it available for full HDR editing again, although with no opportunity to redo the merge (the originals are not stored alongside). I don’t see any point in redoing a merge though - I’m going to keep working on the merge until I get it right and after that I only want to be able to work with colours.

Perhaps this info on file efficiency will help with the rewrite of HDR EFX as a module for Photo Lab.

Thanks for this experience sharing.

I have looked at your link and didn’t see a purchesprice. (maybe after hitting buying button.) Do you know what the cost is?
And second, just out of interest; how much is a 3(or more)stages HDR bracket still needed in the now availbe rawfile DR and software as SmartLighting? ((i can see the need when you want a scene in a churche with a sunbading window and dark interior for instance) But in most circumstances the software can overcome in PP alot of DR shortness.

HDR , same as Focus bracketing does has its pro’s and con’s.
pro’s: Artistic value, wider range then the technical range of your camera and no bleeching or washed out whites and shadows by PP, fun playing with and if you not pixelpeep very good realistic endresults. (or on purpose not)
con’s: lining-up is a troublesome matter, halo’s and artifacts are 99% in endresult if you look close enough, lot of (extra) work on shootingplace and afterwards.(not to mention filling up your storage space faster…

I do play with Focusstacking in 4K in camera and Focus Bracketing and use Combine ZP to merge it to one image. It’s fun and you can get nice images out of it: 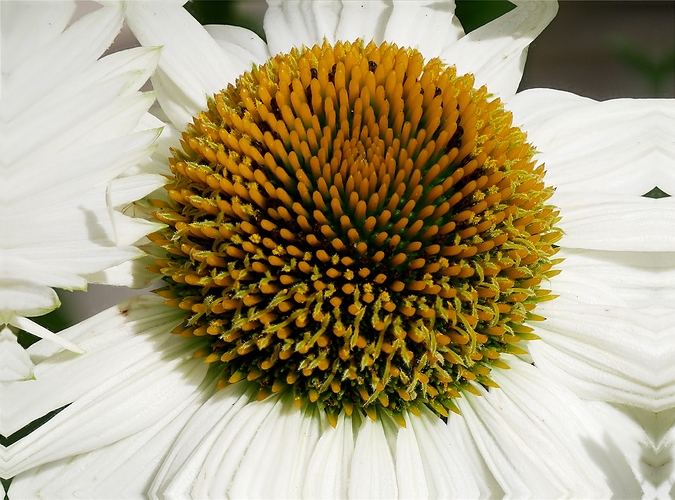 Until now i never thought of buying something to play with HDR. (thanks for that BTW

Peter, the price of EasyHDR is €35 these days. Use the buy button at the top of the page to see pricing: https://www.easyhdr.com/purchase/

Sorry for the late answer - I hadn’t been on Feedback for awhile.

I’m with Eric - there’s lots of room for an HDR merge pack for DxO. Probably bring in more money than YAD (Yet Another Dam). In the meantime, I’m happy with EasyHDR for its natural renderings and good quality merging.

Sorry for the late answer - I hadn’t been on Feedback for awhile.

No problem, the HDR software isn’t on my shorttime wishlist. It’s a technique which i not use at the moment. (i relay completely on the smartlighting techniques

I’m with Eric - there’s lots of room for an HDR merge pack for DxO. Probably bring in more money than YAD (Yet Another Dam). In the meantime, I’m happy with EasyHDR for its natural renderings and good quality merging.

Yes indeed, maybe a plugin which contains a Stacking for focus, HDR, resolution and stitching.
Tiff based is enough.

They could be sold as a bundle though. In my head HDR and Panorama are natural stable mates as they involve stitching. Many Panoramas benefit from HDR. The way I create images like the one above is to create multiple panoramas at different exposure levels and then merge them in the HDR application.

HDR Efex 2 works fine, an integration in PL2 would be fine : currrently I output enormous TIFF files and the process is a little cambersome

For me, the main interest in HDR is the dynamic range I can’t get sometimes in photography.
I don’t want DXO waste time in developping HDR artistic functions like HDR after effect does :
My need like many photographer is very, very simple and essential. Like in Lighroom :

Have you tried the built-in, single-shot HDR preset in DPL already?

For me, the main interest in HDR is the dynamic range I can’t get sometimes in photography.
I don’t want DXO waste time in developping HDR artistic functions like HDR after effect does :
My need like many photographer is very, very simple and essential. Like in Lighroom :

easyHDR3 costs about $30 and will do exactly what you want with the PhotoLab exports, in a very naturalistic way, very quickly and without much fuss or muss. I believe there’s a free demo. I compared many tools, including Photoshop, Affinity Photo, Aurora HDR and Nik HDR to discover that easyHDR does the best job with deghosting.

There’s an example full resolution photo with windmills on this old post of mine.

Only easyHDR got this really right.

I’d rather DxO continued to focus on their main business of providing a high quality RAW development tool with good colour tools. HDR and panorama can easily be created in other tools from masters made in PhotoLab. I’m not sure about focus stacking as I haven’t been doing it. There’s probably some very nice dedicated tools for that kind of work. It seems to me the first step to effective photostacking is the same as with HDR and panorama: high quality finished masters to merge.

Yes I’ve tried the single shit HDR preset but It doesn’t respond to my need to have a high dynamic range raw. When the gap is to important between hightlights and shadows whatever the product you use, it’s impossible to recover range without different exposures merge and result are noisy.

I disagree. Raw merging is the basis of raw development tools and DXO is the only one not doing it. I hope DXO will meet the needs of professional photographers that use photo HDR merging (all professionals I know do HDR). The reason why Lighroom is so popular is because professionals don’t want to use 6 differents tools to do the job with a chaotic workflow and wasted time. Sorry Easy Hdr is just a poor amateur tool that can’t compete with a professional Lighroom / Photoshop or HDR After effect.

The reason why Lighroom is so popular is because professionals don’t want to use 6 differents tools to do the job with a chaotic workflow and wasted time. Sorry Easy Hdr is just a poor amateur tool that can’t compete with a professional Lighroom / Photoshop or HDR After effect.

That’s funny. I tested all of those applications on that windmill photo set and only easyHDR managed to do the deghosting properly. I guess high quality HDR is not really all that important to you in comparison to convenience.

Have you tried easyHDR?

I fully disagree to this. HDR for me has nothing to do with raw convertion.
As much as i like Affinity photo and On1 Photo Raw etc. the HDR inclusion here is just a bonus which i don`t use.

I also must admit that you will get much better results with easyHDR than with any “pseudo integrated” hdr function. only when the name includes the word easy it does not mean that it is sh*t.

for hdr i mainly use Photomatix, easyHDR and HDRefex. i also own Skylum Aurora which is totally crap.

I can certainly get behind decent HDR, it would certainly be preferable to futzing with exporting/importing to/from yet another tool.

I think PL would benefit from an ability to do several related things:

All three of these require several common steps (multiple image alignment and combining/blending images, etc.). Currently, it’s necessary to use other programs to do these tasks (e.g., Lightroom/Photoshop or competitors). Being able to stay in PL would be a great workflow improvement, as root.lifted notes.

I’d rather like to see 1= image stacking then 2= focus stacking over 3= HDR, there’s plenty of HDR software out there for free or cheap.
focus stacking is a bit of lot of work and so far specialized software does it best like Zerene stacker or Helicon software, you can try other but they are not perfect or won’t give you as good as those 2. of course those are my choices.
I use Zerene stacker and cannot achieve that result with AP or ON1.

I don’t disagree with your priorities. I listed HDR first just because this thread is '‘HDR Feature’, but I agree with your assessment about HDR software.

One other item mentioned by uncoy earlier in this thread is panorama capability, which has some commonality with the other features. But again, there are plenty of available alternatives that work pretty well (incl. the free Microsoft ICE).