Display of Coordinates in Tone Curve

PhotoLab can display points that were added and changed on the tone curve. 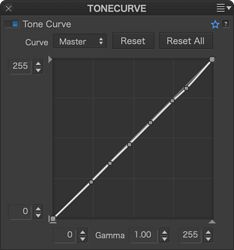 The current implementation has a few shortcomings imo:

I propose that the tone curve tool get the things missing as noted above.

This would so much help with being able to linearise tone curve and greyscales for outputting of pre-print proofing and Pantone matching.

Also add the histogram and an option to save and load the (changed) tone curve as a preset.

The 4th point I would like to see is a key+mouse action that makes the mouse movement of the control points finer, e.g. shift+mouse movement.

Finest movement is 1/255, which can be attained by pressing an arrow key…once the request has been implemented.

Oh…kay? Didn’t thought about it

I would still like to see a larger area to allow for finer control and, thus, more complex curves

Hello,
I think that’s pretty much what I wanted to achieve. And I don’t really care how it is solved. At the moment, I can make the settings relatively roughly with the touchpad, for example. With the button/mouse combo, I would then simply have a kind of scaling factor, with a larger surface the identical distance of movement would simply be less value added.
I can’t describe this properly, and I think we’ve had this issue with other tools/sliders where you have difficulty realising values around the +/- 1 change.
But I’ve no access to the EA5 posts where we discussed it.
Another solution would be to implement a radio button to set a scaling factor of lets say 0.1 or 0.5 For the reduction in value for the same route.

Here’s an example of how to use a tone curve that has the features I request: 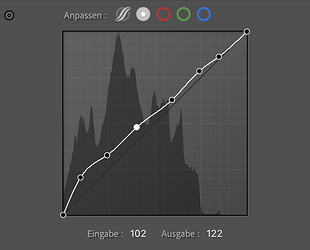 The is edited to match the 6 greyscale patches of a Color Checker.

As we can see, the shot was underexposed. I could have raised exposure, which would have given different in/out pairs in the tonecurve.

Moving the points with a mouse or touchpad does not work well, because the movement often changes both input and output values. That’s why I propose to use the keyboard. If the movement could be limited to one direction, mouse/tablet could be used too. 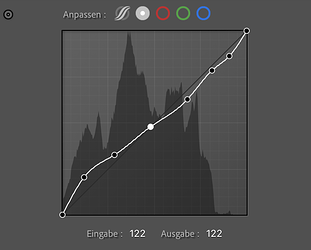 Note: TC of Lightroom Classic, which has the annoying feature to display tones in % in the histogram and as 0…255 in the tone curve. In soft proof mode, they come up with 0…255 though.

Yes! Agree; also with Joanna, that we need a (tear-off or pop-out) panel that is larger than the current implementation.

Most of all, I want a LAB COLORSPACE for the adjustments: i.e. the ability to change the contrast in luminosity only. Adjusting contrast in RGB, as DPL does changes the hue when it should not.

I just remembered one function in my old LR 6.14 with the tone curve 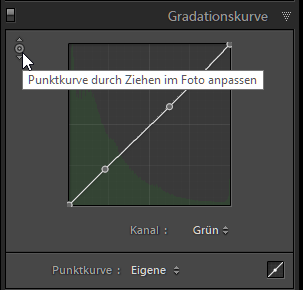 With choosing the “Punktkurve” you can click on the color to be selected.
This will be set a point at the curve and either you can move the mouse in the picture to change the curve level or click on the set point in the tone curve to change here.
And it works also with the mouse wheel after pointing the color.

It was simple and fast

It was simple and fast

It still is in Lightroom Classic. It helps to get things right in no time, based on this: 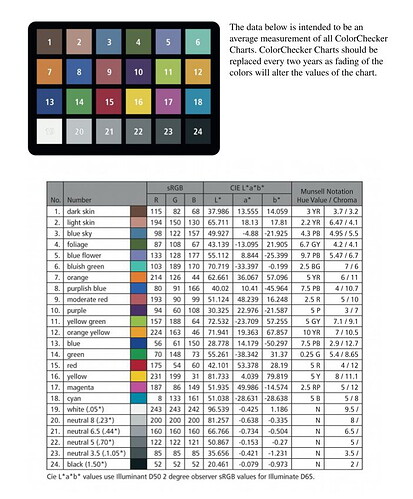 Colours will still be off the given numbers, but they look pretty close to an original Color Checker Passport reference. Again, “correct” is what we want for repro work, everything else can follow our own ideas and intentions…

I would still like to see a larger area to allow for finer control and, thus, more complex curves

Yes. This histogram is so small especially on a 4K or >4K display.
It needs to be able to switch from the little one we have to a big popup window with all those options

Voted.
It is a really basic UI requirement to have enough “resolution” to be able to make sensitive adjustments to a curve. The current UI is adequate to implement a basic S curve for example but for multipoint adjustments it is inadequate.
Other software simply allows you to resize the UI window to obtain whatever you need, even virtually full screen. I would like DXO to implement their on screen display functionality, as you get with menus for local adjustments to allow the curve line to be displayed full screen to give something similar, but better, than C1which simply uses an enlarged window. 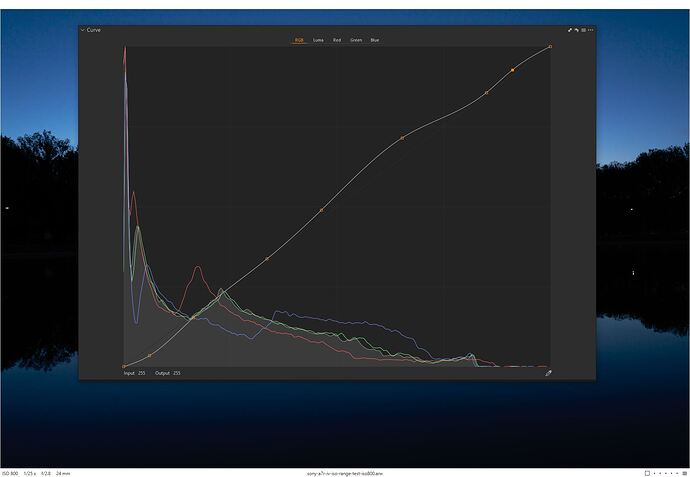