I started to play with DeepPRIME XD and my first try was… disappointing. Nothing happens when using it: the output is the same as using High Quality, while using DeepPrime removes some noise. 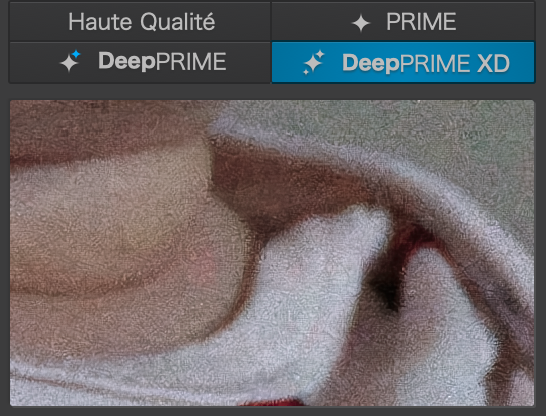 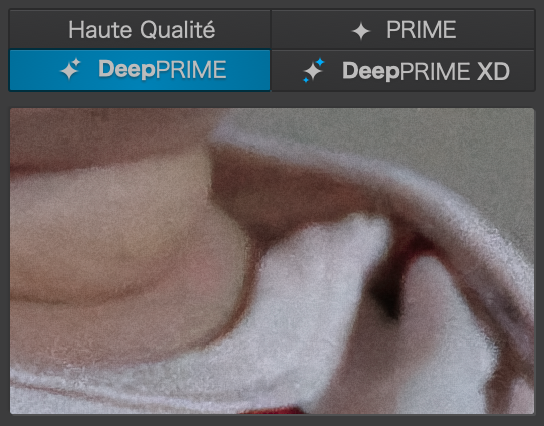 I also tried doing an export, thinking the preview was not good, but it’s the same (with > 1 min of computation for the export).

Hard to tell what might cause this without the sliders below the preview.

Other than that, when you export the image with DP and DPxD…

When I export, DP is good, DPXD is bad, same results as the preview. The quality of an output with DPXD is basically the same as without DP or PRIME.

The processing times are quite different yes, 27 secs for DP, 1 min 20 sec for DPXD.

Can you share the RAW image and .dop sidecar files?

@pbernery It seems to work for me and the images from my Lumix G9 with an ISO of 6400, processed on a Win 10 machine.

No special settings used for either DP or DPXD. 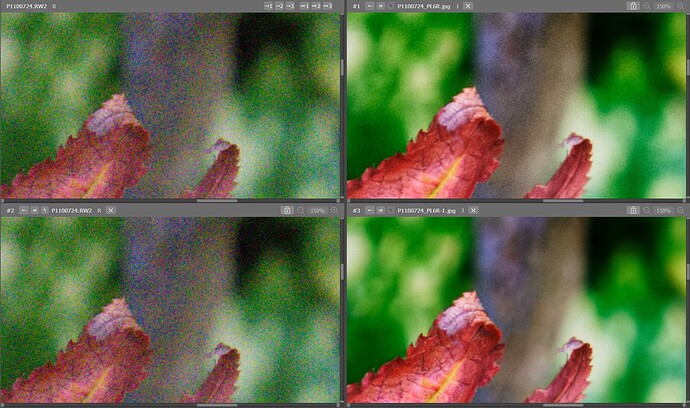 With FastRAWViewer showing Focus Peaking edges (which is highlighting noise) 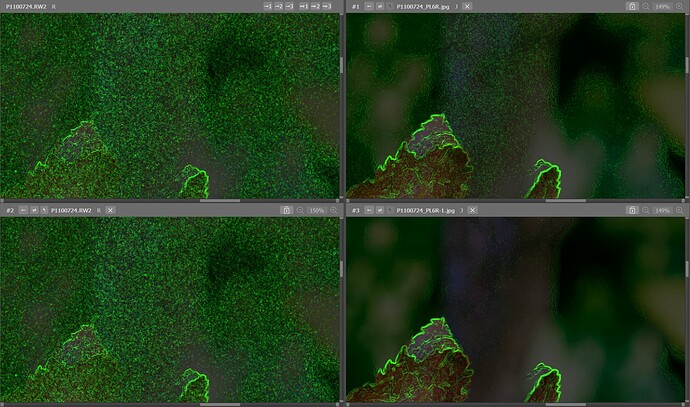 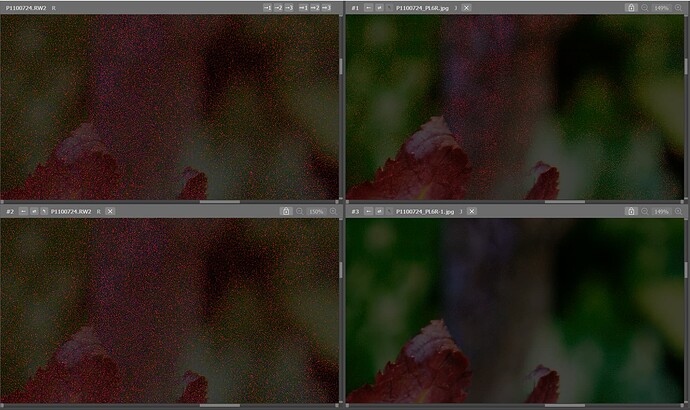 I downloaded a Pentax K3 iii ISO 12.800 raw file from the dpreview website. DPxD almost does nothing except some artefacts in the background.

With my Nikon Z6 files it works fine. So it depends on the camera.

@wosse That would seem to be the case and hopefully DxO will respond @sgospodarenko.

I only included my images because I was pleasantly surprised by the impact of DP XD on my slightly OTT adjustment (to a slightly out of focus image) had on the noise and possibly on the clarity (these are from Virtual Copies that had the same basic settings copied from one to the other but excluding the ‘Denoising’ settings)!

I was not particularly impressed with the DP XD during beta testing because it never seemed to do much for my images at a considerable expense to time (I have a low powered graphics card - 1050 2GB on my main machine and a 1050Ti 4GB on my test machine), but for this particular image, taken yesterday in shadow in the front garden as the sun set (of an Aralia with some Autumn colour), I feel it offers something worth having! 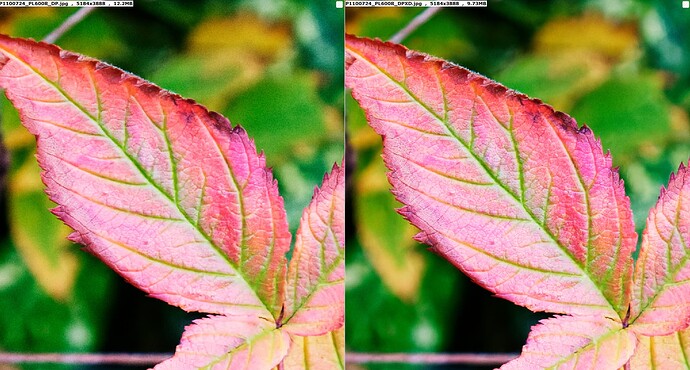 this is quite strange … the difference between DPXD and DP was visible at least with files from my panasonic gf7 (7 years old sensor, smaller m43 format).
i prefer during day DPXD and for noisy night photos on high iso DP. DPXD on noisy photos creates kind of oversharing effect as mobile phones with night mode.

Comparing exports done with DP and DPXD, I often prefer the DP versions. I prefer some images with some luminance noise to absolutely clean images. I’ve experimented with high levels of NR and adding some grain back into the images. While it worked nicely, I’ve fallen back to reducing luminance NR levels instead.

@misophx and @platypus I went looking for a real challenge and remembered a visit to Hastings with our grandchildren on our youngest (of two sons) 40th. Birthday lunch! The picture is downstairs at the Hastings Museum and shows part of the Durbar rooms. Taken on the G9 with the zoom closed down, the ISO was 25,600, ridiculous for a 4/3rds camera!

Yes I should have reduced the shutter speed at the very least, DP on the left and DPXD on the right! 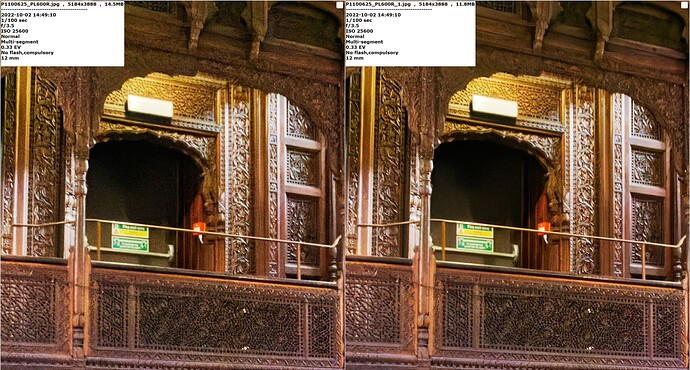 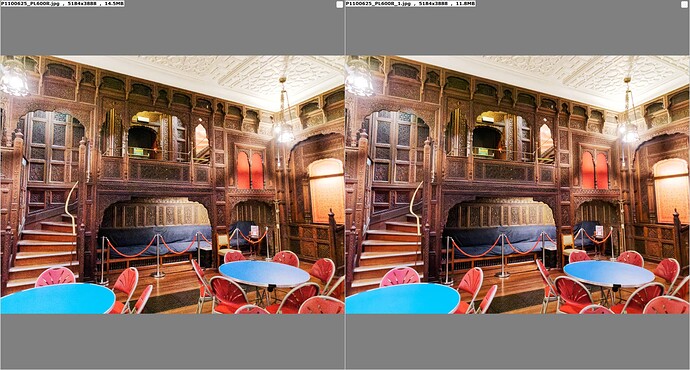 Typically I use FastRawViewer to identify the sharpest of a group of photos but with these noisy images it is showing the noise as “sharp” points, RAW versus DP on top, Raw versus DPXD underneath. 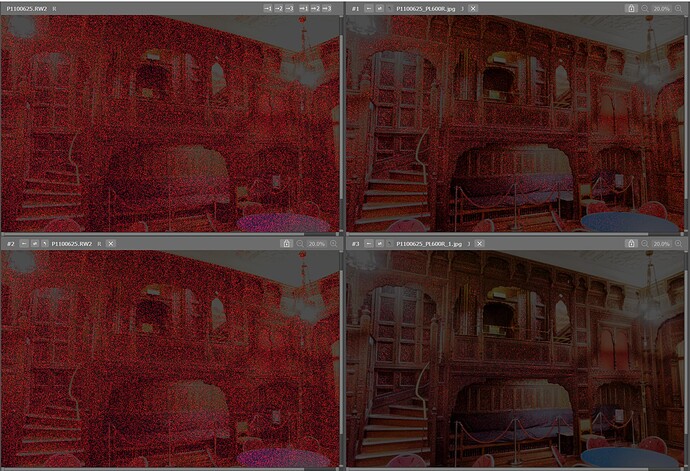 Sadly, none of this helps @pbernery, sorry!

1 Like
Integration and compitability of PL6 and FastRawViewer for culling and rating
pbernery October 12, 2022, 7:15pm #11

As @Wosse said, it looks like there is issues with raw files from Pentax, at least the ones from the K-3 III.
PL 6.0.1 just went out, and the issue is the same.

So it looks like DNG from the Pentax K-3 III are not supported, yet.

Looking at some ISO 2500 exported JPEGs from my K-3 Mk III DNG files I can see an almost imperceptible difference between DeepPrime and DeepPrimeXD at 200% zoom. The K-3 Mk III’s Accelerator chip is probably accounting for the lack of improvement because the files are very clean in DNG format to begin with. I’ll post some crops as soon as I can. 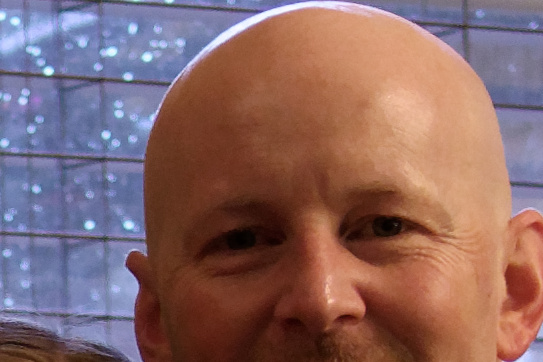 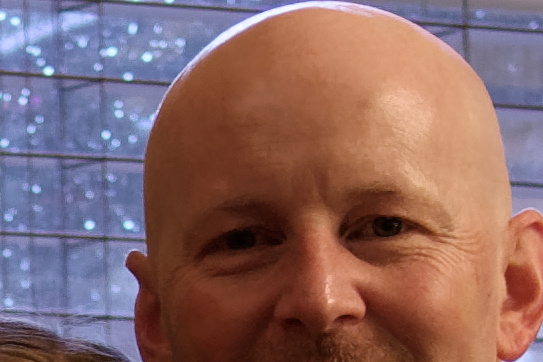 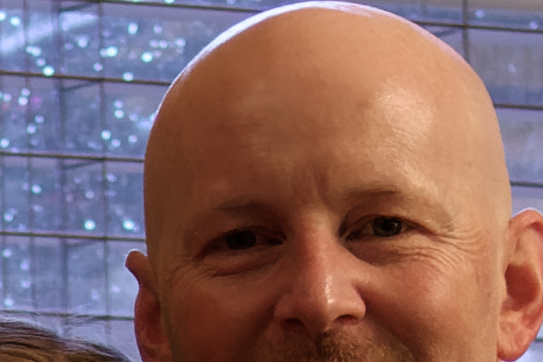 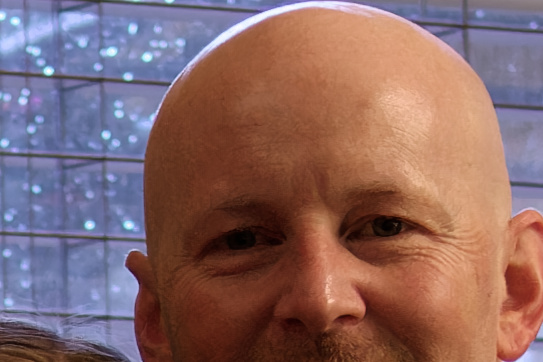 Would you mind to press enter between the single pics to put each in a new row, so they are loaded separately and we can flic between them?

OK, thank you. Unfortunaletly, the files don’t seem to be big enough to appear separate.

Is that working for you??

I can load each one in a separate post will that help?

Thank you, they are separate now, but dont’t load as separate files …

These differences are so small, that it is easier to recognize them when switching from one pic to the other. To judge ‘side by side’ I find difficult.

And yes, I remember some time ago, I noticed some disturbing ‘artifacts’ (or call it roughness …) in portraits with the early XD. But then DxO had changed the values for the settings. And I suppose, one still has to try out with this kind of subject. – Usually one doesn’t want a strange looking face.

There are no details in the hair.

@Wosse
In neither of them and as it is a 200% crop this probably is a very small part of the photo so lack of detail on this pixel level can be expected.

So, what’s your point with your statement?

Yeah that hair is missing a bit of detail!