I’ve only had a brief play with the new DeepPRIME noise reduction but I have to say I am deeply impressed! PRIME has been fantastic in real world use for me and ahead of any other product I have tried, but if pixel-peeping there were a few weaknesses. I just did some comparisons on a single nighttime photo I recall originally having some trouble deciding on NR levels to minimise problems. I just ran it through DeepPRIME and it looks STUNNING, even when pixel-peeping! It actually brought back stars in the night sky that PRIME struggled with.

Thank you @zkarj. We are very happy to hear you appreciate the work we’ve done

Very much agreed! I thought Prime was untouchable, but Deep Prime is much better and faster. Kudos to the team.

Prime was visually fine (I’ve compared Photolab Prime carefully against Lightroom, C1, DPP, DarkTable, ridient Developer, RAWthereapee). Slightly better results visually with a 4x speed up is a very nice surprise though. Performance/responsiveness is a big deal. Generally performance is much snappier on Photolab 4 so far for me.

Well, DeepPRIME is indeed absolutely extraordinary. The quality of photos taken with high ISO is great. There is probably no competition for this solution at the moment.

I was never terribly disappointed with PRIME, but I have seen areas where it didn’t quite cope and DeepPRIME has addressed those. Look at the area around the star in this comparison. 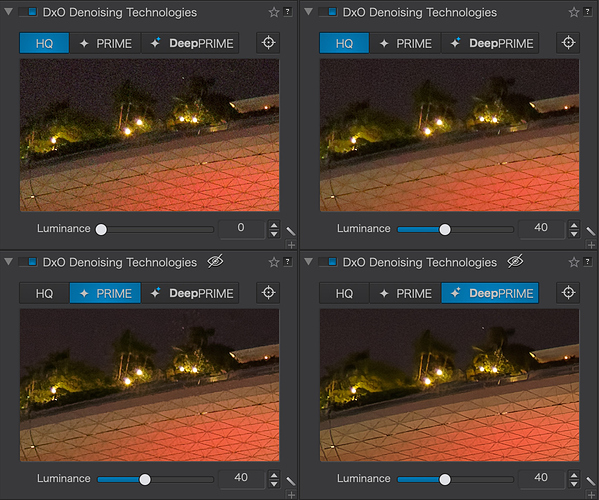 The star is clearly there in the noise on the original, disappears with HQ noise, returns with PRIME though with issues on the star itself (dim) and around it (artefacts), and then DeepPRIME reveals it in all its glory!

Similar to what I found with DeepPrime: small features like dust particles in the air are better conserved. Also I found face details to be much better and natural.

Look at the facial hair and the shadow next to the nose! 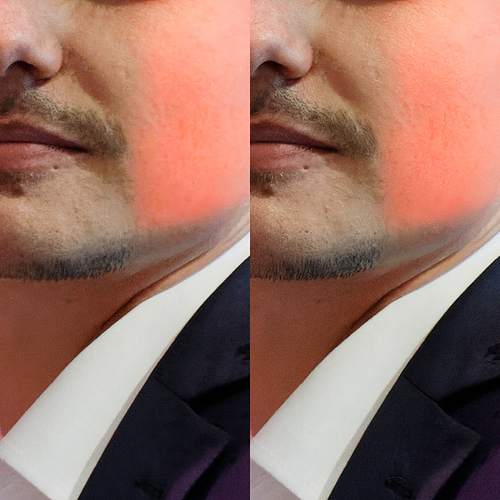 That’s really great work and, on my computer, twice as fast as Prime!

I’ve had some brief exchanges with a colleague. He’s a long-time PhotoLab user, but he’s also been using Topaz AI NR software for a little while (which he applies as a last step in his workflow).

His first impression of DeepPRIME was, in his words; “disappointing” (which really surprised me) … and he reckons he’ll keep using Topaz instead.

Does anyone else have any Topaz experience that you can comment on ?

I tried the trial of Topaz and didn’t find it any better than even Prime. I think it heavily depends on the samples that you use. Especially with AI based software one model may be able to make sense of your input while the other gives up. In this case I’d rather use PL where the technical basis of prime is proven to work very well even without AI.

I tried another image which was also a night shot but didn’t really have such a noise problem. I compared a PRIME output versus a DeepPRIME one, judging only the downsized output that I routinely publish at (so approximately half scale and JPEG) and while it isn’t “glanceably” different, it also didn’t take much to see that the details are sharper brighter. Specifically, thin, bright lines are now better defined. In other words it has added resolution.

I don’t know if this is allowed, but I’ll place a link to a thread on CanonRumors about PhotoLab 4 and to some extend ‘DeepPrime’.
A sample was given there where Prime gave better results than DeepPrime for an insect.

Personally, I posted a sample pic there where DeepPrime ‘solved’ the moiré problems I had with Prime.

DXO announces Photolab 4, save 30% on new purchases and upgrades

DxO PhotoLab 4: revolutionary in every respect Today, DxO, one of the most innovative companies in the field of photography and image editing, is unveiling DxO PhotoLab 4, a major update of its multiple award-winning photo-editing software. This...

Mods: Please remove this post if it isn’t allowed by the rules.

OpenCL is only used for demosaicing and denoising when choosing HQ. DeepPRIME has its own independent technology and setting in Preferences > Advanced.

i had some test earlier in EA and old FZ200 rawfiles. and my G80 one’s
Prime vs Deepprime: 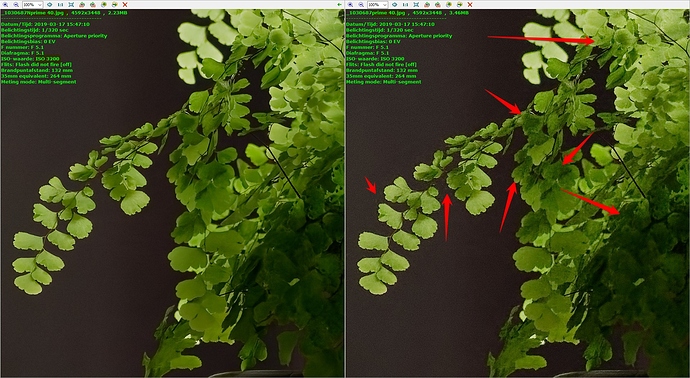 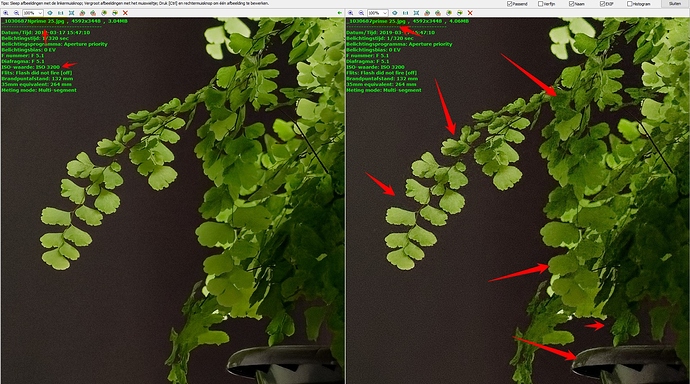 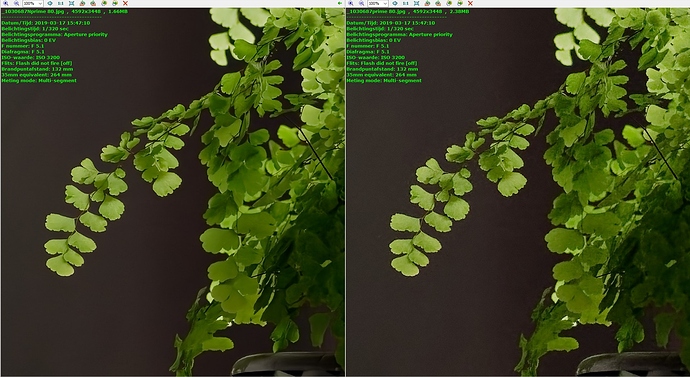 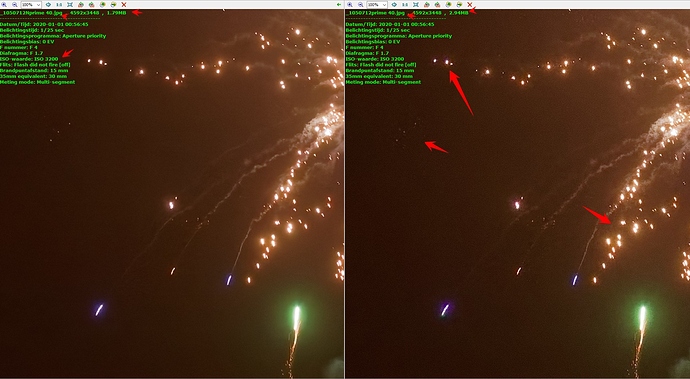 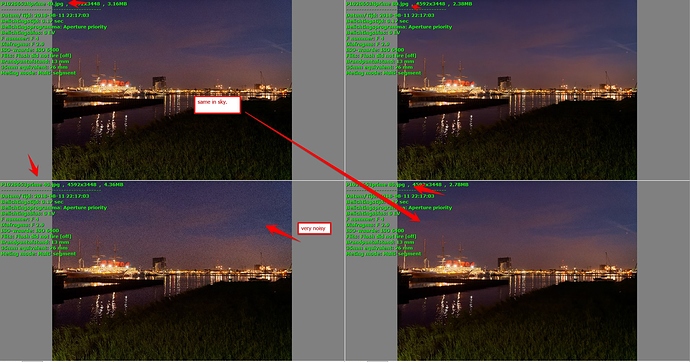 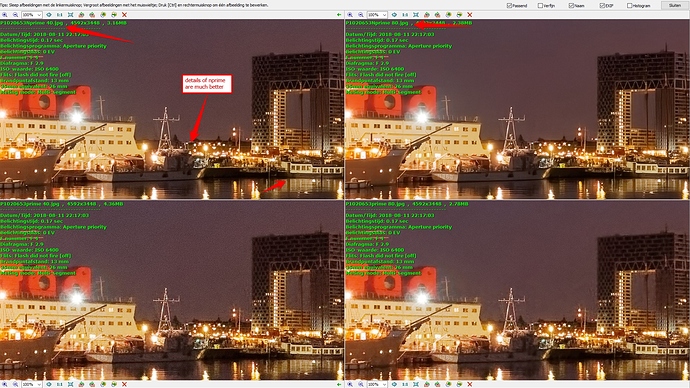 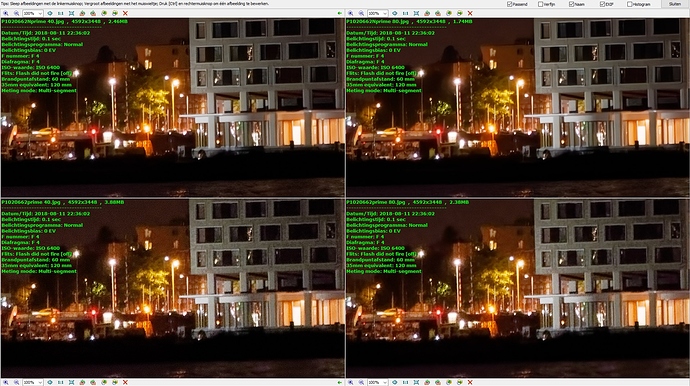 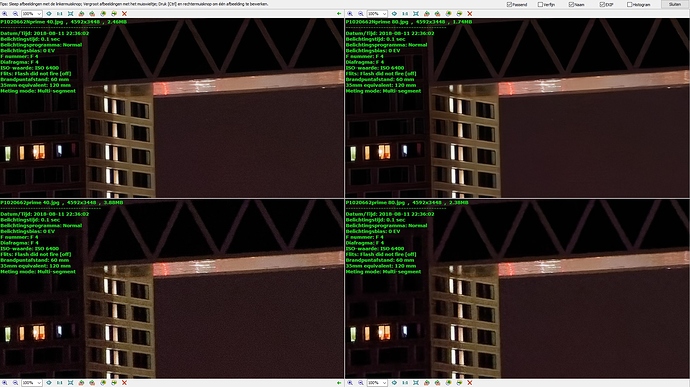 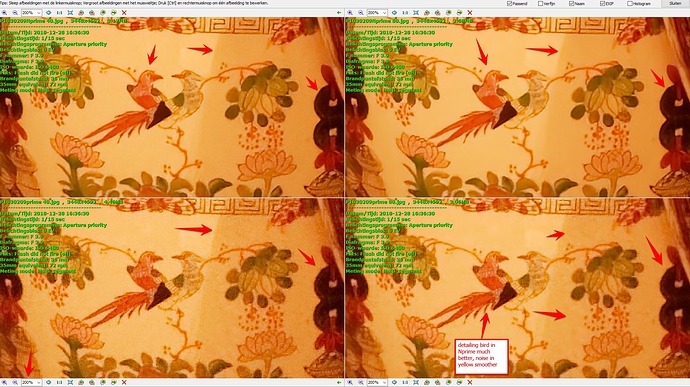 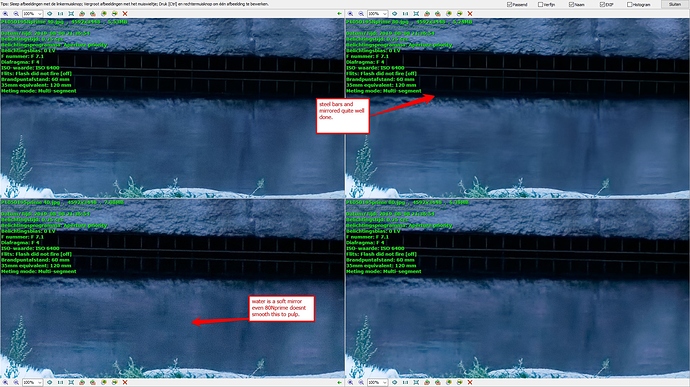 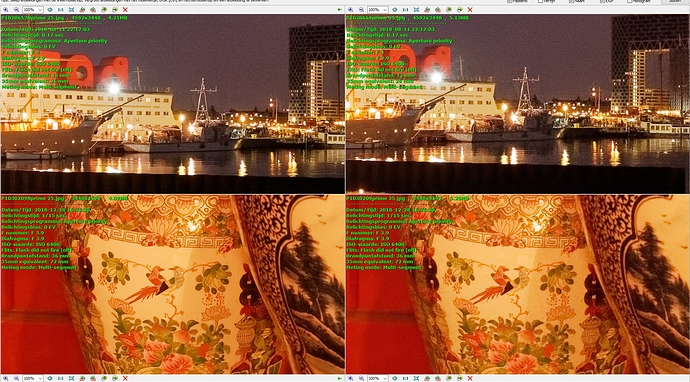 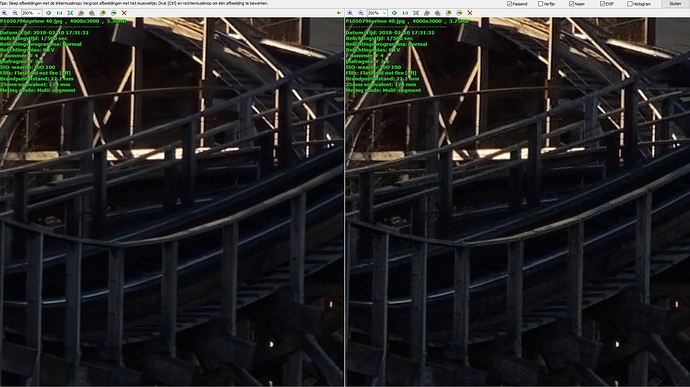 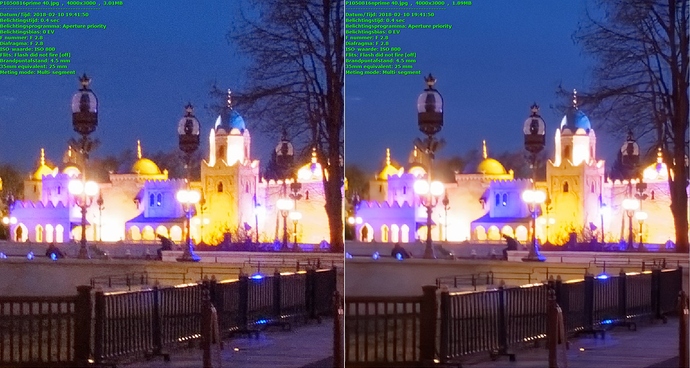 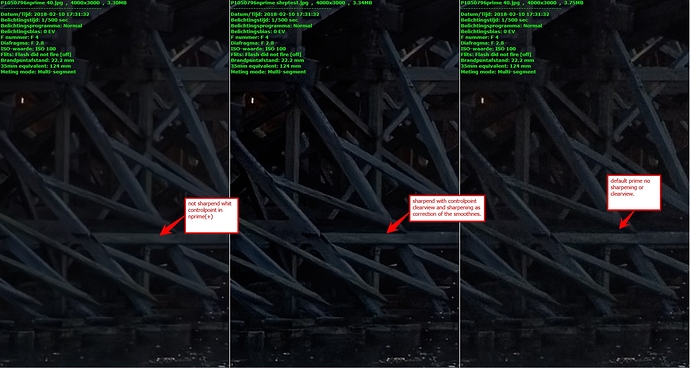 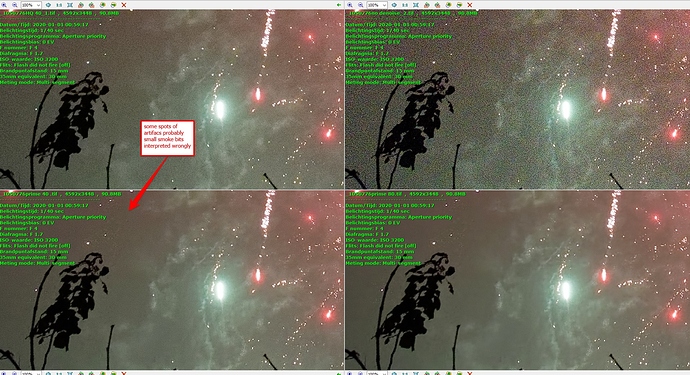 I can say i don’t mind waiting all iso values are benefit from Deepprime.
it’s a leap forward from prime (1)

I have Topaz Denoise AI v2.3.0. and compared it to Photolab 3 Prime.
My strictly personal opinion: Topaz gives me better results with less artifacts. Low Light function is also awesome.
I haven’t compared Topaz with DeepPRIME.

I trialed the Topaz NR product and was totally unimpressed. IMO it didn’t compare to Prime and wouldn’t hold a candle to Deep Prime. It just sucked the life out of my RAW files and the HQ NR in PL4 does a better job on my RGB files, so I let my trial of Topaz denoise expire.

I saw a thread a while back about noise reduction for Sony RX100 images. I tested DeepPRIME on some of my RX100 low light images, and I’m getting a lot less luminance noise overall, and slightly better color saturation in places.

Wile we betatesters tested prime and Deepprime quite thorough and on default number “40” we got the conclusion that Deepprime vs prime on equal bases was around 25-40.
25 was still better in detail then prime 40 with the same denoisinglevel and the diverence was visible to 80-100.
So DxO engineers recalibrated the slider to a point that the default setting of both is nearly the same “denoising”. The end strength (100%) is still maximalised so from 40-100 it catches up quickly the difference between the old and new “40%” default of deepprime.
The extra advantage is that the 0-40 range is also more precise because the denoising was 0-25 before.
it’s a bit like this:(rough visualisation) 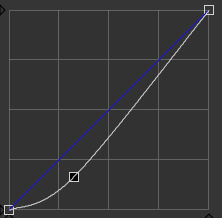 Blue line is first deepprime(the one we got to test, prime(v3.3) is laying under this line), white line the calibrated version.
So the further you go up the line the stronger the difference with prime is visible on denoising strenght wile your details are much more presevered and less smutched and blotchy.

imo no need to use prime ever again beside’s your extra time of waiting with older pc’s.

I agree with the others that this update is fantastic. As it happens I was in the process of uploading some photos to my SmugMug account and curating it as well. I now find myself going to earlier images and re-processing then using the new software. Thanks so much — Joan