I’m trying to evaluate if I could work with a DXO-only workflow, or if I need to integrate DXO in my Adobe workflow, and if so, what would be the best way to do it. For now, there are major functionalities like these that I use on a daily basis in LR that are not present in DXO PL5 so it looks like I’m going for the second option.

I use FastStone Image Viewer 7.5.
You can compare up to 4 pics, zoom in out with the mousewheel, move around a.s.o. Very helpful. Has also other useful functions.
And with “Win+shift+right cursor key” you even can move the comparison-window to another screen. Good e.g. when you’re on a laptop.

Thank you. I know of all the available viewers, I think I have most of them installed but they serve a different purpose.

DXO could easily add afunction like that in the “Customize/Develop”-section of Photolab but isn’t the natural place for that where culling takes place, for example in a future version of PhotoLibrary that also creates extra smaller previews of that reason? If for example the photographer have sprayed 20 or 30 images per second and want to pick the best, doing so with high res previews in the developing module will not be all that effective. That’s why people use all sorts of different tools for that working with smaller and faster previews.

but isn’t the natural place for that where culling takes place,

No, it’s not. That’s when your culling, not when you’re processing. But never mind, if it doesn’t exist in Photolab, than it just doesn’t…

Hello,
seems to be the same like here Side by side visualisation - DxO PhotoLab / Which feature do you need? - DxO Forums

No, it’s not. That’s when your culling, not when you’re processing. But never mind, if it doesn’t exist in Photolab, than it just doesn’t… 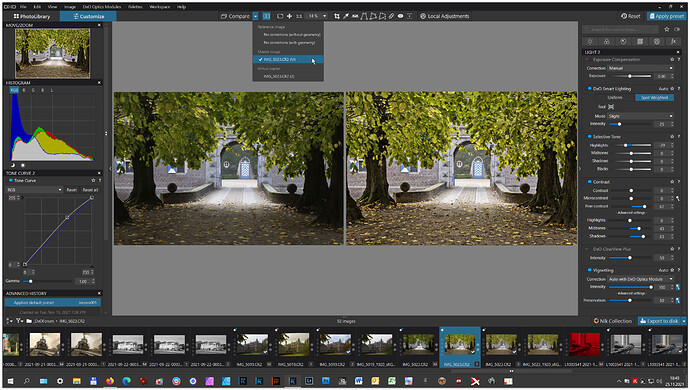 (don’t know about the Mac version)

Hi, thanks for your reply. But that is the same file… It’s always tied to what PL5 calls the “master” image. I want to compare to what Lightroom calls a “reference” image. If you look closer at the screenshot I posted earlier, mine are two different files, not two different versions or virtual copies of the same file…

Well, in PL (Win) you can choose any version (of the same file) shown in the dropdown menu/box as reference (which depends on what you choose/highlight as Candid …) – completely uncorrected, with optical corrections, Master, VC(s). I like this functionality, but to compare them instantly (to really see differences), not side by side.

What I’m missing in PL is to compare different pics (side by side) – not only when processed …
So far for culling I’ve been using FastPictureViewer, which shows any pic only ‘full screen’ and I had to go back and forth to choose which one to keep, while LR, ON1 … (?) can do it side by side.

That is what I asked, yes.

FastPictureViewer, which shows any pic only ‘full screen’ and I had to go back and forth to choose which one to keep

That’s one of the reasons I bought FastRawViewer, because the FR’s for comparing not processed images side by side haven’t found the way into V4 and/or V5.

Maybe Christmas time will bring this function into a minor update.

Dirk (@Photo-DKO) The following does not “fix” the issue that you reported at the top of this thread, PL5 does not provide an equivalent to the ‘Reference Image’ feature of Lightroom not does the following but I decided to write it to “waste” some of my time and document certain features of PL5 as much for my own memory as anything else.

I saw your thread while testing the issue where some users are losing either the ‘Rating’ (‘Rank’ as was) or the ‘Tag’ (Red/Green/Grey - ‘Reject’/‘Pick’/‘Untagged’) from DOPs created with earlier releases so used DxO 11 to set both to photos with DxO 11 DOP files and then opened the folder in PL5 and all worked as it should - for me, on this occasion! I then used those photos for my viewing “experiments”.

I also use both FastStone Image Viewer (FIV) and FastRawViewer(V2) (FRV) (@Wolfgang & @Guenterm) both of which provide the ability to compare multiple images side by side (not the same as having a ‘Reference Image’ present while editing by a long way but useful in other ways).

In my case I tend to export and then use these viewers for comparison, FRV for sharpness comparisons in particular, as others have also suggested. Essentially the “render” times in PL5 mean that it is not possible to compare images without delays and not side by side at all. I am not criticising the render times they may be better or a lot worse with other packages but it is PL5 that I am using so…

I always “resented” 'DeepPRIME under these circumstances because it delayed the production of the exports until I “discovered” that if multiple images are selected in the thumbnail stirp then ‘DeepPRIME’ can be “toggled” in the ‘Customize’ screen and the same group then exported. This reduces the load considerably but I must remember to return the feature before any “real” exports.

In the example I tested I created multiple ‘Virtual Copies’ of a chosen photo and then used the left and right arrow keys to navigate only the selected group in the customize window. The same thing is then possible with the ‘F11’ full screen option when the boundaries are defined by the selected images. When they are ‘VC’ images then it is possible to choose which image can be compared quickly but it is not possible to include any other image in the quick compare even though it is possible to include it in the selected group (albeit the image must be from the same directory).

BUT please beware and be aware that this “feature” means that making a ‘Customize’ change while there are multiple images selected for review purposes may have undesired consequences on the images (Ctrl Z does appear to back out any changes from all selected images)!!

Svetlana @sgospodarenko it would be useful to extend the existing capabilities to include the following (in my opinion, other users will have opinions about the items in this list and particularly with respect to other features they are keen to see added to PL but if you don’t ask you never will receive… if you do ask who knows…!?)

Sorry the list got longer than I originally anticipated!

I apologise that two of the images are smartphone photos but my screen capture software automatically causes the submenu to close. Any (polite) suggestions for screen grab software (WIN10) that will not cause submenus like this to close as soon as any other key is pressed would be appreciated? 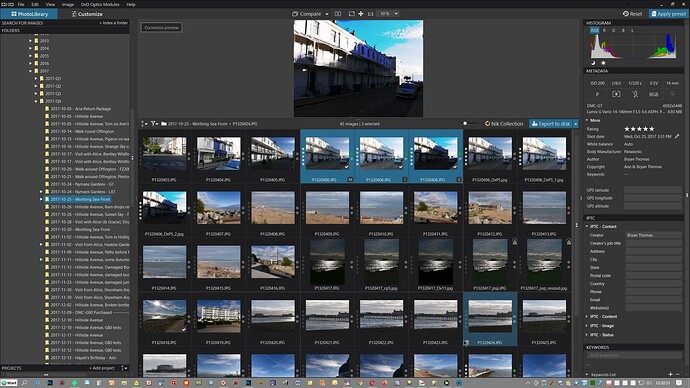 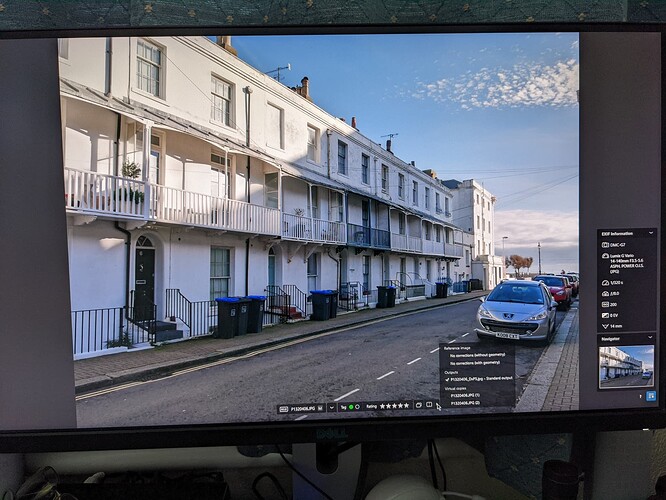 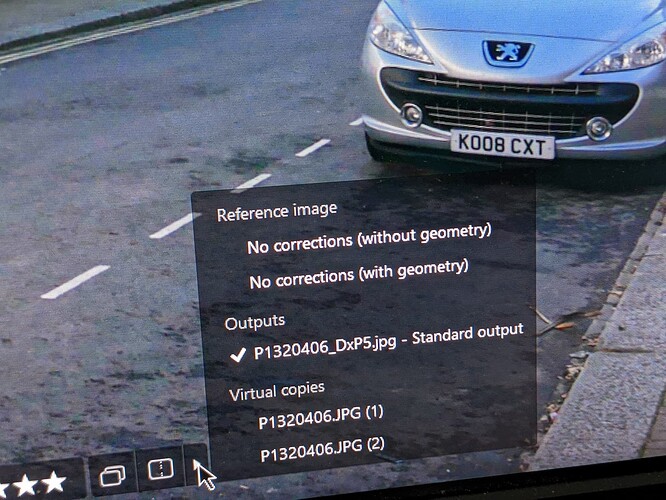 I apologise that two of the images are smartphone photos but my screen capture software automatically causes the submenu to close. Any (polite) suggestions for screen grab software (WIN10) that will not cause submenus like this to close as soon as any other key is pressed would be appreciated?

Hi Bryan, thanks for taking the time, I agree with most if not all of it (mind I’m new into DXO). As for the screenshot, you don’t need any software, just do a “print screen” (it’s right on your keyboard) and ctrl-V it into your reply (drawback: if you have multiple screens like I do, the screenshot will have all screens on it, in that case ctrl-V into any editor (MS Paint will do), crop, ctrl-C and ctrl-V into your post). Second drawback: wide gamut screenshots will be washed out like this but who cares if it’s to show a GUI issue) 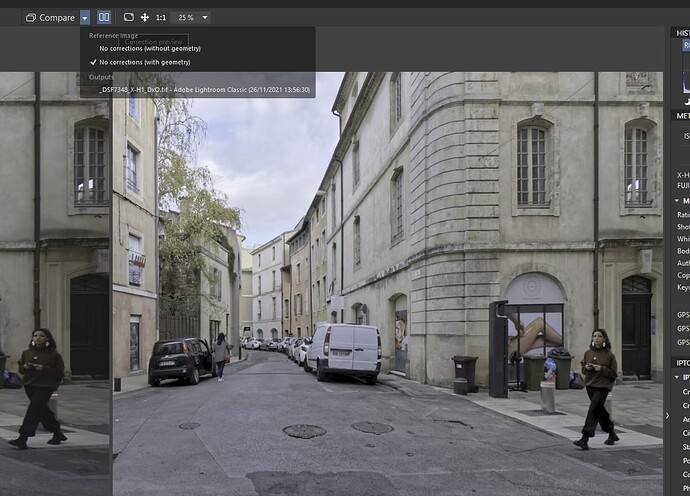 Dirk (@Photo-DKO) if only it was that easy!

I needed to unpick what software is running that might be triggering PL5 to react so I exited AS and ‘Prtscn’ worked as per your example with both screens captured and held in ‘ClipDiary’.

Attaching ‘PrtScn’ to (FC) then yielded a single screen capture in FC exactly as wanted. Now I need to work out how to get the function I want with FC and my ‘F’ keys both at the same time!!

Thank you for putting me on the right path I have so many bits of software running at the same time that clashes of one sort or another are inevitable!! 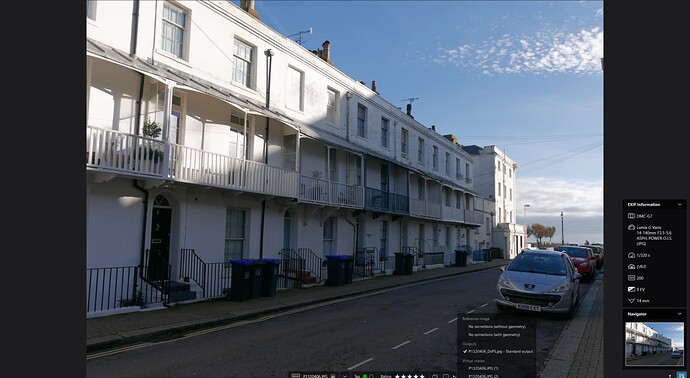 Hi Bryan,
I use Gadwin to take screenshots. To keep the said submenues visible, I have to take a fullscreen capture. → Gadwin - Downloads

I use Greenshot, and by using shortcuts it’s also possible to capture the submenus

@Wolfgang and @Guenterm thank you for your response. I have downloaded ‘Greenshot’ and although it complained that certain key combinations were already “taken” by other software the ‘PrtScn’ worked fine including leaving submenus intact.

That was using the ‘PrtScn’ option which requires using the cursor to select the area to be captured. Changing the keys so that ‘PrtScn’ captures the whole window loses the submenu!? Still a bit of configuring to do but the biggest issue is my multimedia keyboard needing the ‘F Lock’ key is one state for the ‘F’ keys to work and another for the ‘PrtScn’ to work!

We (me and the keyboard) have been through a lot together, albeit one of its back support legs broke a week ago!! If it was a horse I would have had to shoot it by now!

It would be nice to add a image compare feature to photo lab where you can compare different images side by side.

This is a screenshot from the free software xnview. It does not look good but gets the job done: 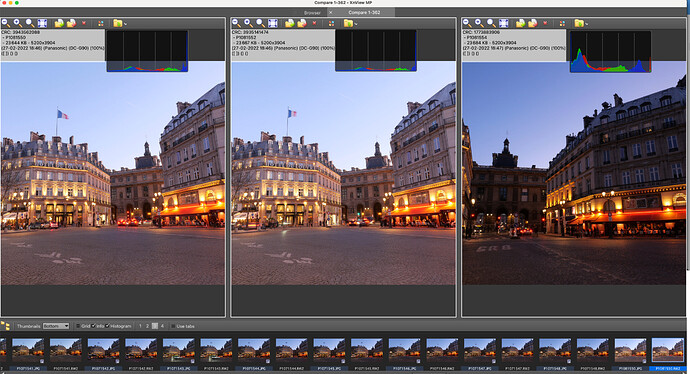 When you zoom in it zooms all images: 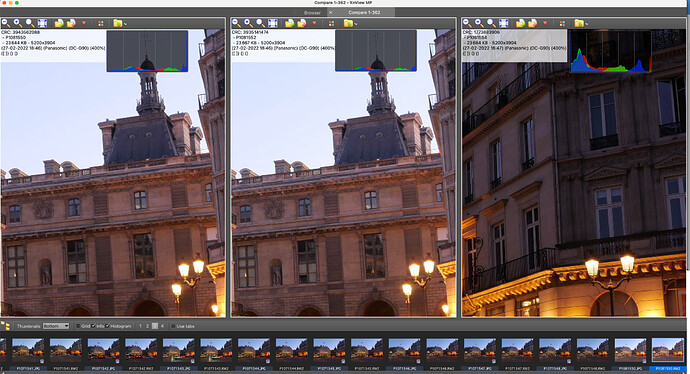 @Wolfgang and @Guenterm thank you for your response. I have downloaded ‘Greenshot’ and although it complained that certain key combinations were already “taken” by other software the ‘PrtScn’ worked fine including leaving submenus intact.

Hi Bryan,
you can customise the settings to create your own shortcuts