I really don’t like the splash screen image. So, I changed it 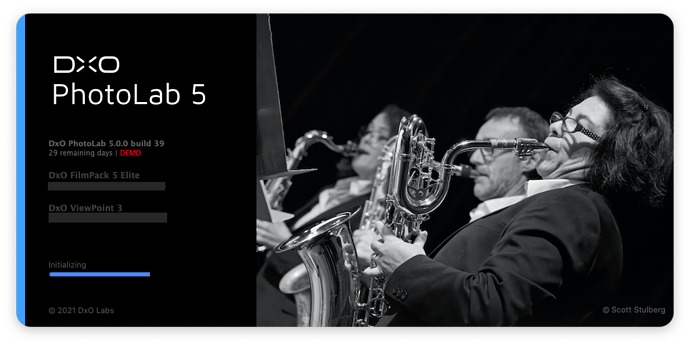 And can you change the copyrights text too ?

Of course, this will be overwritten every time DxO issue an update.

And can you change the copyrights text too ?

Possibly but that involves diving deep into one of the embedded bundles, which are strictly binary and might not take too kindly to being fiddled with. But I’m going to try anyway

Thank you Joanna for the details.

Possibly but that involves diving deep into one of the embedded bundles, which are strictly binary and might not take too kindly to being fiddled with. But I’m going to try anyway

I find the image a little more distracting than PL4’s, but by definition it’s only there when I’m not doing anything else. I do think it doesn’t show off the power of PL as well as the detailed night shot of PL4.

Thanks for the tip, I just can’t get enough of this 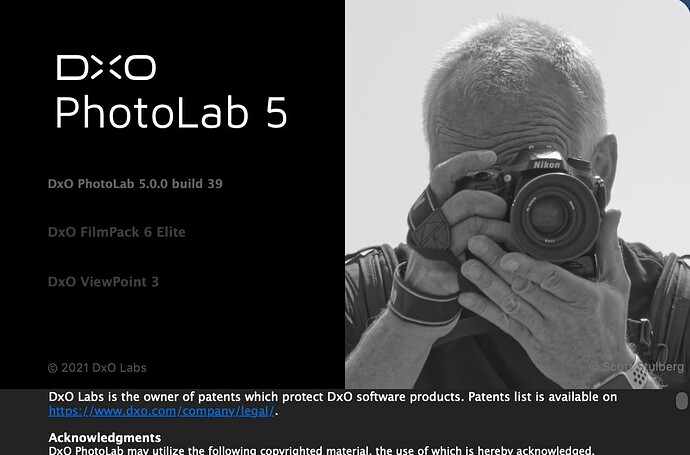 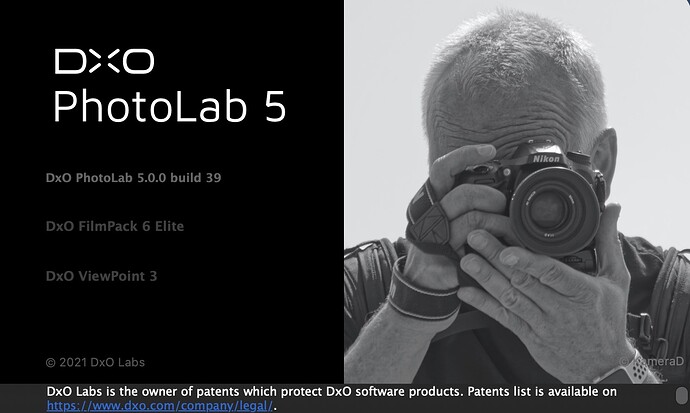 Oooh, cool! What did you have to do?

Package content/Resources/ and than depending on your language settings the ja./fr./en./ or in my case in the de.lproj folder the files, About.strings und Splash.strings. Open with for example BBedit and edit
in the About.strings, from

Here is my contribution: 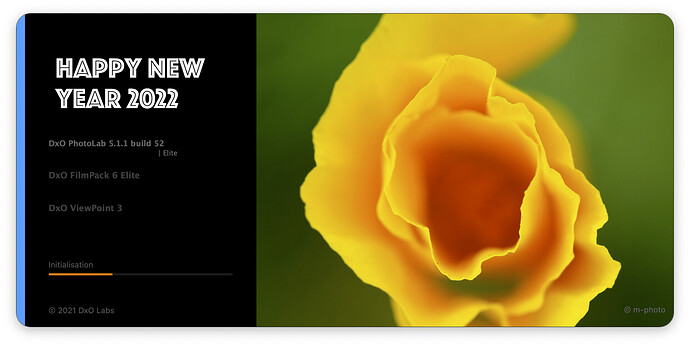 Disclaimer: No pixel editing made appart from removing my licences numbers.

it is white text with transparent background so you will not see them but they are here, follow the signs and clic

I cannot manage to do this in Windows 10 with PL5 and I’m wondering if it’s only possible in Mac operating systems or is it just that I am too dumb. I see this is posted in the Mac part of the forum - can anyone here advise?

My efforts so far are: I’ve found what looks like the image file in
C:\Program Files\DxO\DxOPhotolab5\DxOHub\en_files [also same file in ‘\de_files’, ‘\fr_files’ etc]. It’s named “slide1-scaled.jpg” but swapping it for another jpg file has no effect on the splash screen when I start Photolab - it still launches with the blue face. I cannot find any file in any DxO folder with the word ‘splash’ including in the ‘Resources’ folder within ‘DxOPhotolab5’. Also right-clicking the image in the splash screen has no effect.

No disrespect at all to that superb picture by Scott Stulberg btw - but would be nice to have an option to change it after a while!

I’m in the same position as you in being unable to change the splash screen image on Windows. Like you, I tried swapping in a different image with the name “slide1-scaled.jpg” but the standard image still appeared on startup of PL5.

In the same folder there are some .HTML files, including en.html - examining this with Notepad shows it has a reference to slide1-scaled.jpg. I thought about editing this to refer to a different image, but when trying to save a copy of en.html by remaining it I get a warning that “it would no longer belong to the folder en_files” so I abandoned this, not being sure of the implications.

I did take a copy of the en_files folder and en.html file and place them in a temporary directory so I could modify them without concern. When I open the en.html file with a web browser (e.g. Chrome) it displays the slide1-scaled.jpg image. I can change either the filename referenced in en.html or the image file in the en_files folder and opening up en.html in the web browser then brings up the changed image.

Perhaps someone with more knowledge of Windows, and more free time, can enlighten us.

My only other thought was to uninstall PL5, reinstall it and replace the image file before first launching PL5 - in case the image is being cached somewhere or held in the PL5 database. However, as this seems to be a case of “a sledgehammer to crack a nut”, and I’m not that motivated to change the image, I’ll leave this for now. I might give it a go when the next update of PL5 comes out,as I’d be doing an install anyway.