Black and white emulation, which are the best?

I am trying out some B&W conversion.
Simple toning/colorrendering in filmpack elite seem to have some need conversions.
and silver efex can do also some things.

There is no answer Peter.
Produce an B&W photo is a creative process.

There is no answer Peter.

there are always some favorites of users and most of them can explain why.

export to NIK and back has some problems in seeing the Tiffs back send back(saved) by NIK.
It behaves strange.

Peter, are you referring to the fact that the tiffs come back but do not reflect the changes? That has been fixed in the EA. Or is there something else?

yes something like that,
when i export to NIK there is a image-dxo.tiff created and after it send back its become the
"image_dxo.tif_temp2 which disapears now and then and with F5 it returns but some how the DB keeps changing… in versie 1.2 (old one which i own) that is. not v2.2

Silver Efex film emulations are much more sophisticated than what’s in PhotoLab. Bouncing to Silver Efex and back is also a much slower more complex workflow. For quotidien photography it’s much more convenient to use the emulations within Film Pack.

These days when emulating black and white, normally we are looking for something with fairly fine grain – not like the large grain high contrast black and white AGFA 400 film from thirty years ago that many of us have really shot. Out of what’s in PhotoLab the most attractive out of the gate are the Ilford Pan 100 and 400. There’s modest grain (pick 400 for a bit more grain, it’s my first choice). 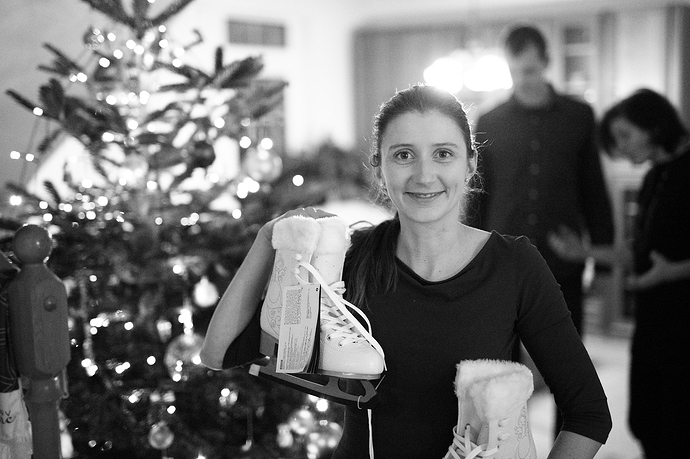 For something a little more contrasty and with more grain, Adox Silvermax 21 is a good choice. 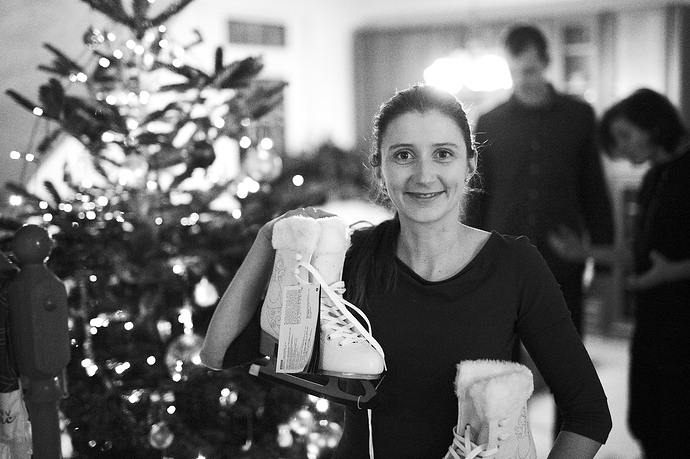 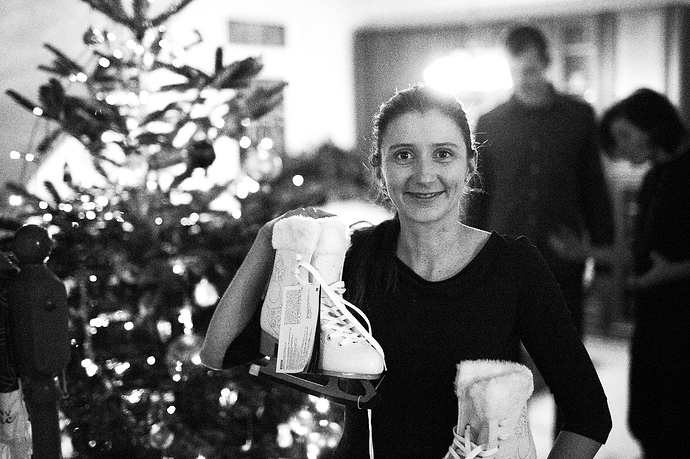 There’s a luminous quality to Kodak T-Max 3200 (was the real film really that finely grained at 3200 ISO?). 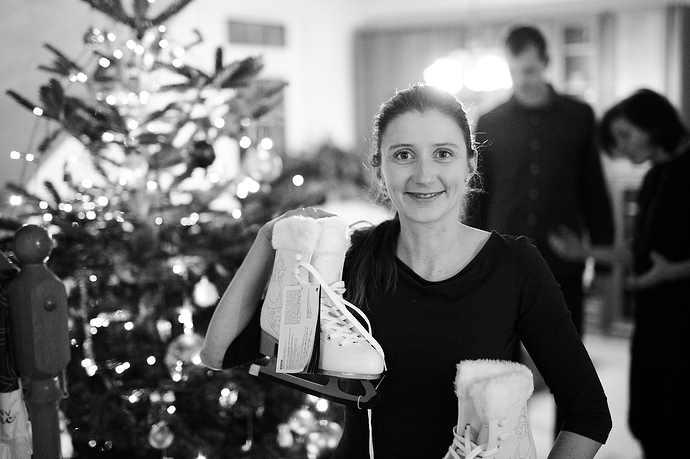 All of the images above have had Exposure Compensation applied and or a slight tone curve. No other adjustment has been made, including noise reduction. The original image is a well-exposed colour image from a Sigma Art 50mm f1.4 wide open at ISO 3200 on a Canon 5DS R. I chose it for the very wide tone curve from lights to dark figures at a distance, the depth of field along with a prominent and well exposed human face. The image is better in black and white than colour as the colour skin tones at ISO 3200 in modest light are more appealing in greyscale.

Black and white is more personal taste I think.

Niksilver efex does have nice preset and examples.
i have filmpack elite and there are a lot of old film emulations, @uncoy has give me some pointers , thanks for that, i will try those and see if that is the look i have in mind.

(again i like that dxopl is previewing wile hoovering over the selectionlist. now i have to click on every one to see if its interesting.

Silver Efex film emulations are much more sophisticated than what’s in PhotoLab. Bouncing to Silver Efex and back is also a much slower more complex workflow. For quotidien photography it’s much more convenient to use the emulations within Film Pack.

Yes and more inconvenient is the strange behaviour of the filmstrip: returned tiff’s are called:
shotnumber_suffix_tif_tmp2 and sometimes they suddenly disappear in the filmstrip random and by hitting “F5” they come back…

i recal a topic abut the fact they called “temp2”

I have written some bug reproduction steps here. May be this can help to make the tools better: http://forum.dxo.com/index.php/topic,13918.0.html


it seems that the “resolved” isn’t in photolab v1.2 but only in PLv2.
(I would be very happy if DxO resolves this also in v1.2 because it’s a real bug.)

Thanks for the types of emulations you like and the comment why, i am not a regulair user of W&B/Monochrome/sepia but sometimes a image is in color dull and in B&W got it its soul or true view.
I made personal presets from your list of filmpack and added my own : Polaroid 672
(oh @John-M, and i did only apply W&B things and unchecked front row : partial presets! so you don’t ruin carefully edit settings of other tools.

) works like a charm it only applies the “color rendering” and “Style toning”.

as in silver efex2:

you can by using “safe as” and retype file name and add filter number selected the folder and safe, but saved is end of history and settings.
something to remember when using NIK tools.

And finaly something strange happend: @sgospodarenko can you explain this? (its a request not a demand 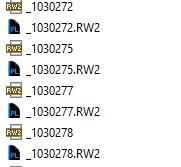 could it be something related to the nik/dpl connection and a database error? never had this behaviour. (also that spontanious disapearing of the tif.tmp2 files which come back with F5)

Last thing:
my safed back as tmp2 are gone out the filmstrip, F5 didn’t help so
by renaming i got them back.

ok back to images:
examples: 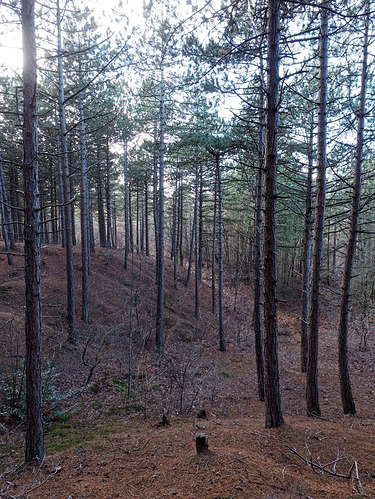 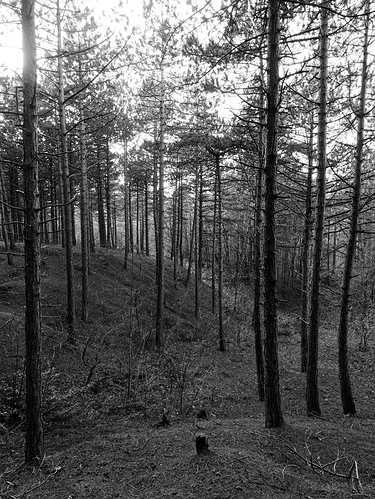 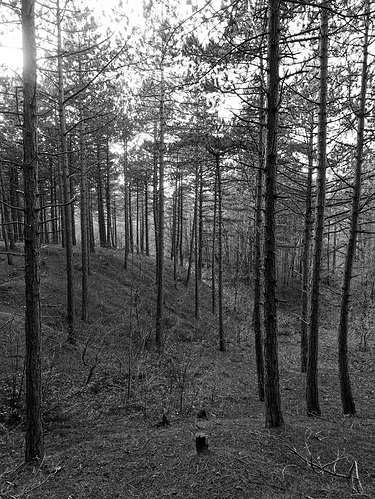 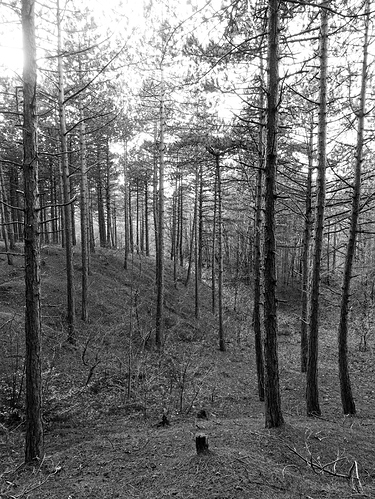 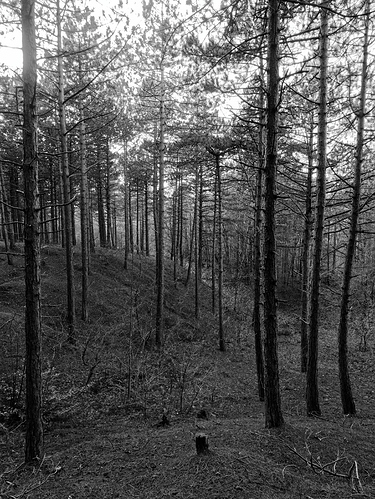 And a other serie: same story color is dull, i wanted to capture the lightplay of the sun through the tree’s 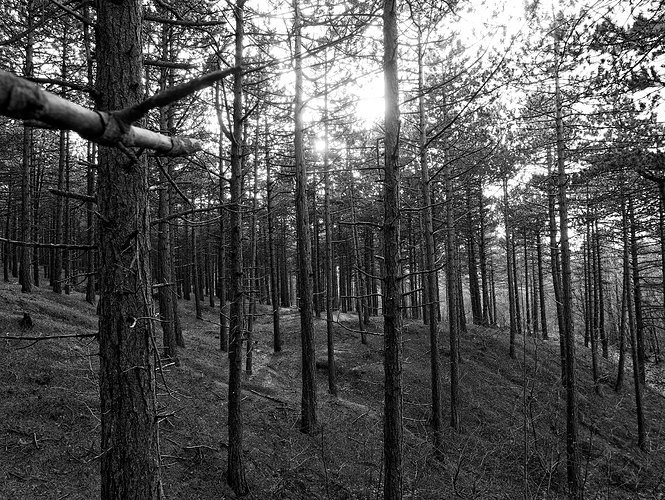 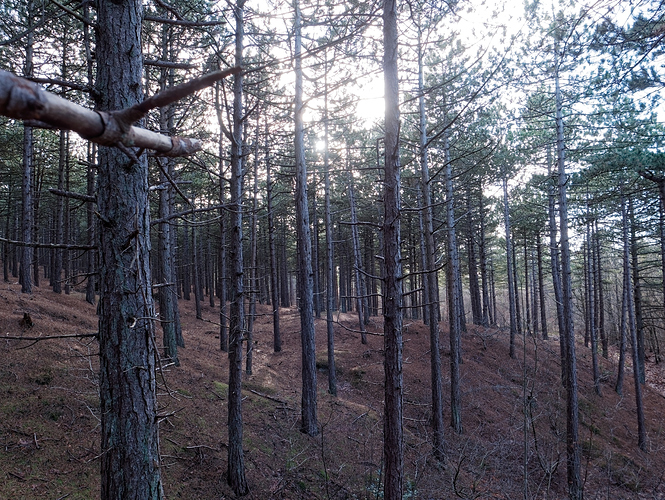 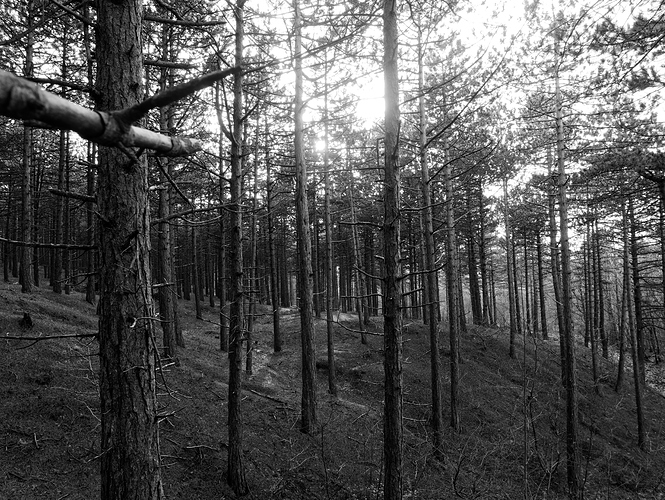 Last serie: the path as pointer to infinity: 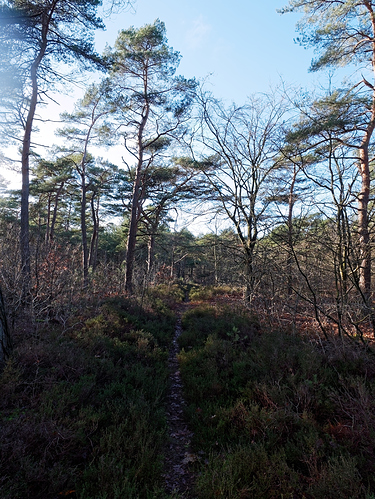 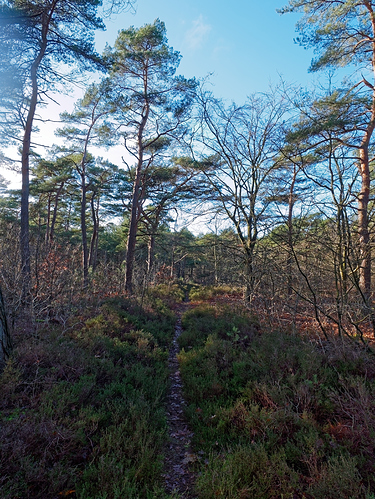 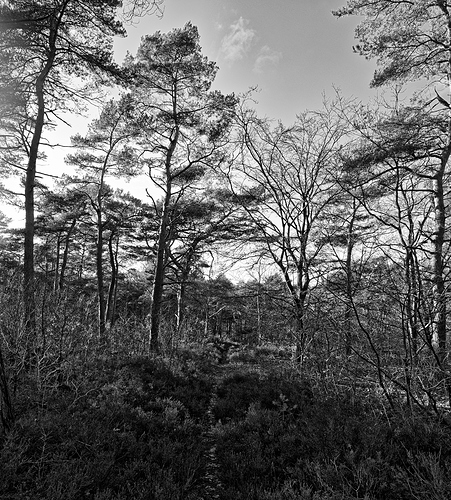 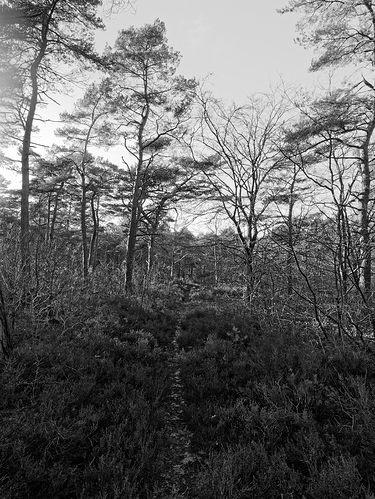 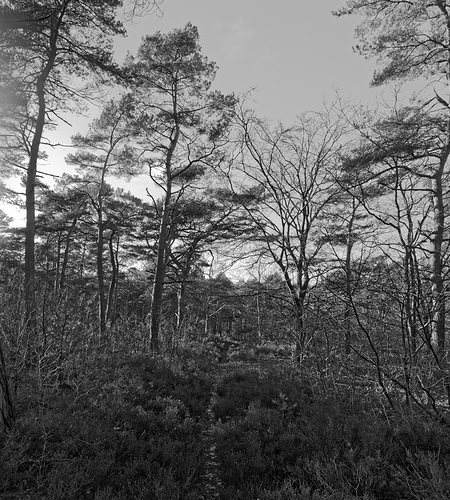 Fun experiment, learned to use the “Safe as” when using nik to avoid that bug “filename . tmp2.tif” Much more time consuming but you can:

Fortunately I don’t often work in black and white. The Nik film emulations also seemed superior to me when I played around with them. Perhaps DxO can somehow appropriate Nik’s science into Film Pack’s emulations.

i agree, Silverefex pro 2 does give you more easy a result áfter you processed the raw to a point the (color)tonalbalance and exposure is right.
-if you proces the image as a color product and then export as tif to SE you can easy convert and when you use the save as function and rename and save to a sub folder inside the source folder it can be quick.
raw and made tiff by dxo in filmstrip and in subfolder the returned tiff’s from NIK.
this way you can re-use the dxo tiff as sourcefile in more then one time.
and it’s more organised what’s done and what’s need to be processed.

and that’s more needed it doesn’t envolve the buggy return system of dxo v1.2 , see decribed proces above. about the strange behaviours in the database.

if they can integrate NIKcollections in PL and make the UI the same, way the controlpoints work, then the DPL v3 would be stunningly complete.

I don’t think there’s any need for the interface to be the same as Silver Efex Pro (all of Nik collections well that’s a big fish to swallow!) but just the results to be as good.

Using a consistent U-Point interface in PhotoLab would be better (multiple similar interfaces is a usability nightmare).

i meant more that if you look at some parts of the toolset in efex or other nik tool and compare that with pl’s , there are some parts which can benefit pl’s UI to complete the power of use…

they look the same but work differently in usage. that’s my main frustration.
i feel like a european leftside (of the car)driver sitting in a english car when i enter NIK’s toolset. Its looks the same, its works in general the same but…you have to think about every move you normaly do by instinct. (repetition wil help but my main tool is stil PL so i think i never will be handeling NIK as Robin W. does.)

That’s why i hope that NIK and PL will be more the same in UI.

I agree with your choice. FilmPack has some presets I like, too. Topaz Black & White Effects is another option. Silver Efex Pro is probably the most intuitive to use for changing the lighting, emulating film camera color filters and replicating the zone 10 system. All of these offer ways to adjust grain independent of the tonality. The most options for specific b&w film emulations are offered in Exposure X4, including some faux infrared settings. Then there’s low-key and high-key rendering.

But black and white and monochrome renderings are indeed a personal taste thing. Experiment. Try out the different applications. Go with what you like.