I’ve basically had to “break up” with Photolab 5 over banding I’ve noticed in skies that I get with even minimal amounts of processing. The examples I’ve attached I over-processed so the effect was clearer, but I get it on pretty much any sky, even mid-day blue ones with little to no color gradient.

I even tried exporting DNGs to Lightroom, thinking it might have something to do with how PL creates jpegs, but the banding shows up in the DNGs as well. The attached examples are both from LR, edited roughly to match each other. One is just the Sony ARW processed in Lightroom, while the other is an “denoise and optical corrections” DNG from PL6 (I’ve been testing the demo but the issue persists).

Notice the bottom lefthand corner, where the radial banding is most apparent. The Lightroom one (pushed to the same extreme in terms of contrast and color) has none of it.

Am I the only one who’s run into this? Am I doing something wrong?

At first I thought it could have something to do with how DxO interacts with Sony’s “lossless compressed” files, but I get the same effect with my Mavic 3 raw files. 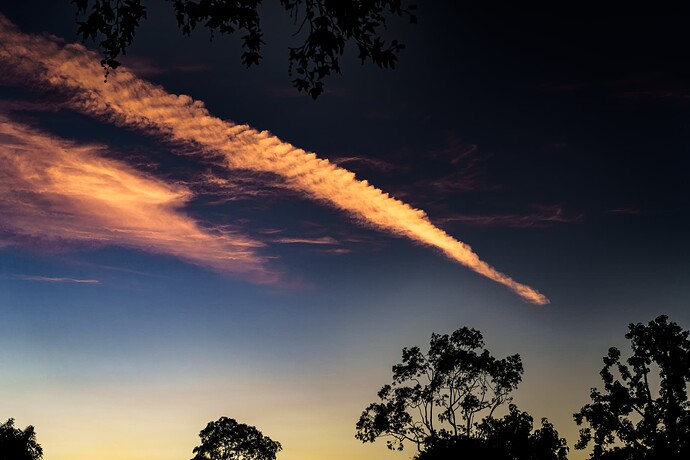 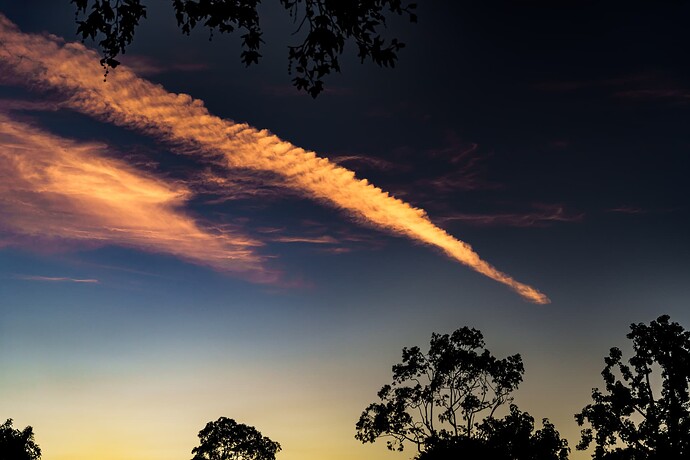 the other is an “denoise and optical corrections” DNG from PL6

Just a thought; Which of the denoising technologies are you applying ? 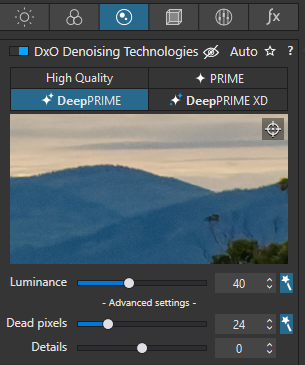 Not a bad idea, but I get it with both DeepPRIME and DeepPRIME XD… which defeats the purpose of PhotoLab for me!

Yes, thank you! I think I saw that first link but figured it was 2-3 versions ago, surely they had fixed it by now and this was a whole new bug… Shame to see such a glaring issue persist.

I’ll experiment with vignetting. Would be a pain to work around, though!

UPDATE: Just confirmed that it is indeed the Auto vignetting that’s the culprit. Manually dialing it in eliminates the issue.

I’ll look into contacting support over this. Thanks everyone!

UPDATE: Just confirmed that it is indeed the Auto vignetting that’s the culprit. Manually dialing it in eliminates the issue.