Assistance with an edit 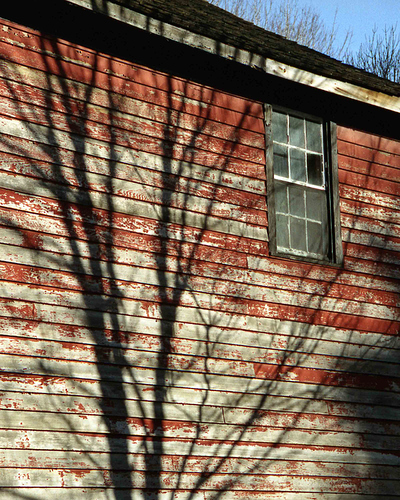 This is a miner’s house in Eckley, PA. I like the shadow of the tree on the side of the house. However, there’s a dark shadow in the lower right corner I’ve been trying to match up to the adjacent area; I want to lighten it to match the illumination of the rest of the image. I’ve tried the Local Adjustments and Nik tools, but I can’t get the feathering right to make a seamless match.

Hi Jim
This is the job of the new Repair tool.
But if this image is not cropped, that not going to be easy 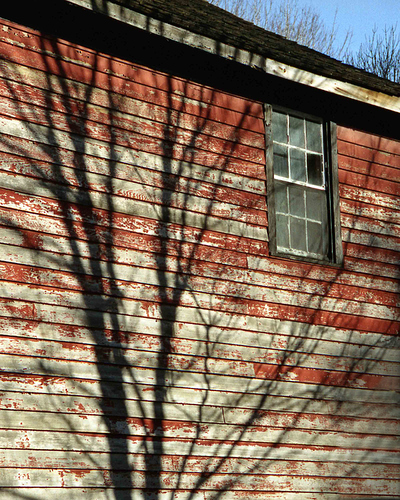 Try brushing that shadow and raising exposure/shadows. Use the erasor in low opacity on the edges to gently brush off the mask’s influence: See this:Robin Whalley. around 6 minuts he is starting talking about this gently multiple stroking erasor.

A small, but important, point:

Robin makes an invalid assertion regarding Control Points (as a Local Adjustment tool): He says, at about the 3min mark, that Control Points make “circular selections” … This is a common misunderstanding about how Control Points work.

Otherwise, this is a very helpful video …

True, and the circle you can adjust isn’t a hard border either.
If you see the mask, it isn’t “black” outside the circle only less effected. It’s controling the spread of the mask not as a block. Only the negative CP does a real stop of effecting area.

The new inverter button in local adjustment tool is given a new kind of cp control.
Negative cp is a block.
Inverted twin cp can be used as smoother/ feathering/ counteradjusting certain area’s by placing two controlpoints on the same color and use the first connected group as first adjusting mask and the second you can use to invert and place the groups on places you don’t want to effect much due say plus 20 clearview on first cp and a -10 on second cp.
This way you can selective minimise the effect of the other for blending puposes.

The negative is more hars in that matter.

And combined with that multiple stroking i think it’s nearly perfect.