If I export certain files from PL5 into SEP3 (or even open them directly in SEP3–in both cases as TIFFs converted from RAW–JPGs don’t seem to be affected but that’s not my workflow), when I apply some of the presets, very strange artifacts appear. I could potentially work around this, as I don’t need to use presets, but they can provide a time-saving starting point. I’ve never seen anything like this is SEP2. This is obviously a bug that surely others have experienced. 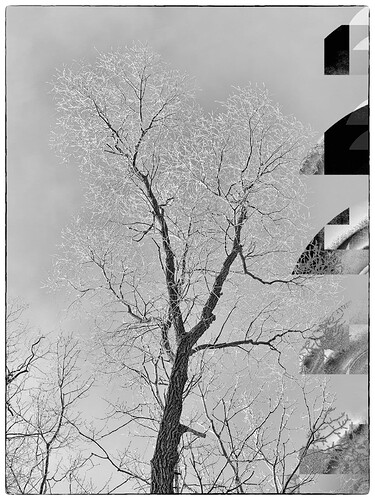 when I apply some of the presets

Dear David,
could you write which of the presets create the artefacts, and maybe one or two are working normal

This is obviously a bug that surely others have experienced.

No, I haven’t seen this. Which are the presets you have problems with?

Have you seen very faint traces of either red or green bleeding through?

Thanks for the responses. I opened the same RAW file in PhotoLab 5 and immediately exported it to SEP. I then worked my way down the list of presets with the down cursor. Most, but not all, produced at least some artifacts, although the example shown is probably the most severe. Also, when I was working my way through the presets, the program suddenly disappeared! I was able to restart but this is very strange. I then opened another, similar file (RAW into PL5 and then directly into SEP3) and I went through the presets with no problems. I’m not sure if it’s related, but I’ve seen some other strange things happening with Nik (4.3) as well. I can’t recall which plug-in it was (not SEP3, as the image is not B&W)–maybe Color Efex Pro–but I’ve attached a JPG. In this case, it copied the top part of the image and pasted it at the top (in B&W–the primary image is color) and there’s another B&W strip on the bottom with some horizontal stripes not present in the actual photo! I’ve attached a “clean” JPG for comparison.

In all cases, I open RAW files in PL5, generally apply some modifications, and in many cases send those to Nik for further refinement. After saving them (generally as TIFFs) I sometimes open them again in another Nik plug-in (such as Perspective Efex if needed but some times multiple plug-ins) and/or FilmPack 6. I even sometimes open them again in PL5 if there’s something else I can only do there (such as blemish removal). Re the question about red or green traces, I’ve not noticed that. CEP4 did crash (producing an error message) after opening the “corrupted” file (which actually looks interesting, but not what I intended). I actually think that I used Viveza 3 to process it after PL5. Perhaps I should just re-install Nik–I did just save my presets–but I’d like to be able to provide some troubleshooting assistance if I can (I’ll be out the next couple of days). 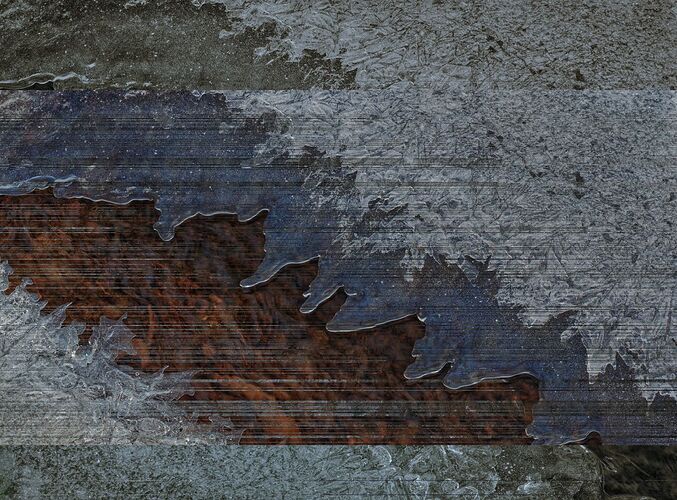 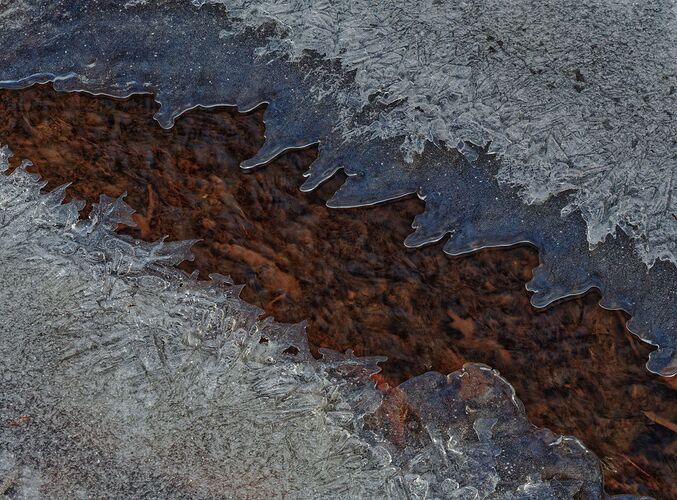 I’ve been in contact with DxO support and just sent them a Dx file and detailed description of the problem. I’ll post their response once this is (I hope) resolved. In a nutshell, the RAW image was minimally processed in PL5 Elite. I may have used a bit of ClearView Plus and a few “rogue” branches were removed, but–and maybe this is another issue–whenever I use the Repair tool on the edge of an image, it generally fails to completely removed the blemish–there’s a bit of “residue” left, so I cropped that out. I then exported into SEP3. It turns out that it’s not necessarily a problem with any presets, but rather a problem with some of the adjustments included in some presets. Specifically, if I use either Amplify Whites or Amplify Blacks, the artifacts appear. However, if I use them both in roughly equal amounts, the artifacts disappear! Soft Contrast also causes artifacts, but they look different. Strange! The good news is that I was able to produce some great prints using other tools in SEP3, but this is troubling nonetheless and I hope they figure it out soon. The program is otherwise excellent.

Follow-up: the latest upgrade to Nik 4 (4.3.5) apparently finally fixed the SEP3 issue described above and I haven’t encountered the other problem (the latter images). I’ll try to reproduce that as well (but as they’ve already replaced CEP4 with CEP5 in Nik 5, maybe it’s no longer a problem if you upgrade).

thank you for pointing out