Artifacts in jpeg conversion from tiff in PL5

I process a lot of my photos with Nik modules (mainly Viveza and Silver Efex) as a plugin for PL5 and have recently noticed some issues with artifacts in the final jpegs exported from the tiffs generated by the Nik modules. Specifically, gradual brightness gradients in fairly featureless parts of the image such as sky or water become visible “layers” with sharp edges when converted to jpeg. These artifacts aren’t visible in the tiff in PL5, they appear when I export the image as a jpeg. I have the resolution set to 300 ppi and the quality to 100. As an experiment I changed the resolution to 600 ppi; this made no difference whatsoever - the image looks identical and the file is the same size. Anyone got an idea how I can prevent this?

My guess is that you have sharpening turned on in the export settings. Look through the PL5 export-to-disk settings carefully, expanding every group. I think you’ll find something there that needs to be changed.

I can’t find any such setting in the Export menu. However I’m now beginning to think it’s actually something to do with Nik Viveza - I zoomed in to 75% on the tiffs in PL5 and I could see the artifacts - to some degree at least - so it isn’t purely to do with the jpeg conversion, if at all. The images I had issues with today have a lot of blurry bokeh areas and as a consequence I steered well clear of boosting the Structure because in my experience that only works well on images with high DOF and these were taken at f2 - most of the image is blurred - I mostly used Contrast in Viveza. However, I had added 0.5 of Global Sharpness in PL5 across all today’s images before sending the images to Viveza so I will now try removing that extra sharpness and run the images through Viveza again to see if that makes a difference.

Removing the initial increase in Lens Sharpness in PL5 makes little difference if I use the same settings in Viveza. The “layering” is only just visible in the tiffs but is much worse in the jpegs. By default, Unsharp Mask is turned off for tiffs in PL5 and Lens Sharpness is only available for raw files, so no sharpening is being added to the tiff before I export it. So most of this effect is being caused in the jpeg conversion and I can’t find a setting that would change that.

May I suggest to check all steps in 100% view before you export to JPEG?
Do you then still have artifacts? Where?

Viveza’s contrast and structure sliders do indeed really work, that’s why I often use them in preference to their equivalents in PL5. Just to be clear here though, with the images I’m talking about in this case I haven’t used structure at all - it would certainly make this issue worse in similar images. I had noticed the issue before on images where I had used structure and assumed it was solely to blame. In this case, I’ve only used contrast and I’m surprised that it would have such an effect.

In this case, with the tiffs, it’s necessary to go to at least 75% view to see the artifacts as they are much more subtle than in the jpegs, which is why I initially didn’t see them at all. In the 3 images in question, the artifacts are in a bright sky with some clouds and no deep blues; the highlights aren’t blown out. The sky is out of focus as I was focussing on something in the close foreground.

I’m now intending to try to replicate the processing using the contrast slider in PL5 only to see if the same thing happens, I will also try switching off DeepPrime to see if that makes any difference, especially as that is applied during the export process. I will report back.

@freewheelingfrankie, if you share a RAW file and its .dop sidecar file, we can try to find out the reason for the issues you get. Please also state what file format you use when you launch Nik from PhotoLab, do you use 16 bit TIFF or something else?

I’ve just made a version of one of these images in which the settings in PL5 were:
Contrast: 100
DxO Smart Lighting: 25
Exposure Compensation: 1.20 (the image was underexposed)
Selective Tone, Highlights: -20

I didn’t use any Nik modules at all so the image was processed directly from raw to jpeg. I’ve exported versions with DeepPrime and HighQuality noise reduction, and none at all; there’s no obvious difference between the three.

And the jpeg images still have the “layering” artifacts, with both kinds of noise reduction and none. They’re perhaps less prominent than when I’ve used Viveza, but then as you say, the contrast slider in Viveza is more powerful than the one in PL5, which goes beyond the effect of the PL5 contrast slider set to 100. They’re much harder to see in PL5.

So it looks to me like these artifacts are being introduced with heavy use of the contrast slider, and they are greatly increased by exporting to jpeg.

Try the following with the image you just exported

Do you still get posterised output?

I’ve uploaded the RAW and DOP files. I use 16 bit TIFF with Nik but as I said to Wolfgang in my previous post, this issue exists without using Nik at all; I suspect the only reason I’m seeing worse effects after processing with Viveza is because the contrast tool is more powerful than the one in PL5 and I’m using quite a strong setting. The artifacts are visible in the sky. If you want to try running it through Viveza to see what that does, the settings were something like the following:
Contrast: 44%
Saturation: ~-17%
Highlights: ~-30%
Blacks: ~7%

I’ve just exported yet another version using these settings (and noise reduction off for speed of processing and because it makes no difference to this issue) and I’m seeing the artifacts with some difficulty in the tiff but they are very obvious in the jpeg.

I couldn’t exactly replicate what I had before using the Tonecurve tool and could only get something fairly close by starting with the Exposure Compensation and Selective Tone settings I had before. There were still artifacts visible in the jpeg - not as prominent but I’d put that down to the sky being brighter.

I’ve uploaded the RAW and DOP files. I use 16 bit TIFF with Nik but as I said to Wolfgang in my previous post, this issue exists without using Nik at all; I suspect the only reason I’m seeing worse effects after processing with Viveza is because the contrast tool is more powerful than the one in PL5 and I’m using quite a strong setting. The artifacts are visible in the sky. If you want to try running it through Viveza to see what that does, the settings were something like the following:
Contrast: 44%
Saturation: ~-17%
Highlights: ~-30%
Blacks: ~7%

I’ve just exported yet another version using these settings (and noise reduction off for speed of processing and because it makes no difference to this issue) and I’m seeing the artifacts with some difficulty in the tiff but they are very obvious in the jpeg.

Are you processing using DeepPRIME when you create the TIFFs that you’re sending to Nik. The artifacts are probably already in your sky and your Nik settings are just making them more visible. If you are not using the default for DeepPRIME, follow your same procedure again only this time use DeepPRIME in the export and see if you get the same results.

I was using DeepPrime - I nearly always do. However noise reduction was one of the possibilities I was trying to rule out so I’ve tested different options and I can see no significant difference between otherwise identical versions processed with DeepPrime, HighQuality or no noise reduction.

Okay. Fair enough. I have noticed in the past that occasionally skies that otherwise look fine will show significant artifacts when sharpening and various types of contrast are applied. When this happens, DeepPRIME most often clears up these artifacts. Obviously in this situation something else is happening. If you are willing, upload a copy of your raw file and.,dop file and I will try to reproduce what you’re seeing. It would all be helpful if you posted an image showing these artifacts.

I’ve already done that, see above for the link.

Thanks, I see it now. I’m not at home right now but I will look at it later this afternoon.

I do to sometimes,. I noticed when I went from 8 byte to 16 byte it improved some 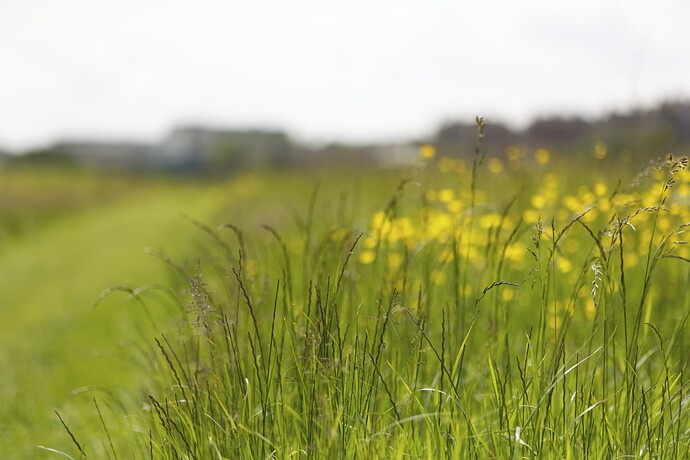 Not sure about the artifacts, but if you were talking about the quite harsh rendering of the silhouette/skyline …

I used some of your settings, replaced SmartLighting with @platypus’ proposal (Tone curve) to keep it more controllable and dropped your 100% global contrast setting in favour of local adjustments 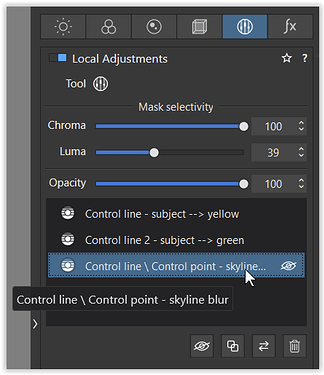 Play with them and try what gives you the result you are looking for.
have fun, Wolfgang

and yes, an 8bit JPEG will always strengthen the gradation …

Thanks Wolfgang. I wasn’t too concerned about the skyline - though that is one of the main reasons why I don’t use Structure for anything with a lot of blur/bokeh like this, the results are horrible. But I can still see some mild artifacts in the sky in your version, so clearly this is an issue; I’ll certainly try to avoid DxO Smart Lighting for images like this though as that clearly makes it worse. I don’t remember this kind of layering being an issue when I used to use PhotoShop Elements, and even my 2014 version of that also had more options for the jpeg export than PhotoLab has. I clearly need to gain some expertise with Tone Curve, I also haven’t used the Control Line feature in Local Adjustments before. All very interesting but ultimately I would expect better from a maximum quality jpeg.

Can you post a screenshot of the photo and circle where these artefacts are? I’m not seeing any.