Please add support for the optional display of focus points and image exif data in one of the sidebar panels. Currently it seems exif data can only be displayed in a popup window. Please add a sidebar table and display exif data in this panel.

Show nikon focus point Which feature do you need?

As the title says, it would be great to be able to visualise nikon focus point, as Nikon NX Studio allows to do. This is some handy checking feature.

Displaying Focus Points Which feature do you need?

Hello, I was wondering if the ability to display focus points is buried in PL somewhere or on the to do list. After taking over a 1000 photo’s on a recent holiday, mostly of fast moving and small birds, I need to quickly cull out photo’s where my camera missed focus. Being able to quickly see if the focus point was on the bird or the branch behind the bird or missed completely, would be very very helpful. Thanks Aaron

Option to show AF points stored in the EXIF data Which feature do you need?

DXO should have a display option that shows the active AF points stored in the EXIF data for the image. Put the green boxes on the display where the active focus points were. This data is available for Sony cameras for sure and likely many other modern cameras. A simple decoder would be required to be able to display this and it would be quite helpful to have. It would be very helpful.

Maybe we can ask @sgospodarenko /Svetlana to group them together.

Nice weekend to all

As a software developer, I did a bit of research and found that focus points are far from simple. The metadata can be in all sorts of inconsistent places and is likely to be a nightmare to keep up with manufacturers changes.

@duncang can I just ask what good seeing the points is? It’s not like it’s something you can change

Apple Aperture could and still can show focus points. These are good (to answer your question) to see how far off target the bloody indirect AF of a DSLR is and how much the body/bodies are in need of AF micro-adjustments.

Which I managed to do well, cost me a couple of Saturday afternoons and are not missed in any way.

I can understand the wish for “showing focus points”, but with mirrorless I don’t need them as I did before. And not all camera bodies write them into the RAWs, but hey, what Apple devs could do 10 years ago… alright, I see, to continue the sentence: hwat they could do 10 years ago appears to still remain impossible today as people loose their skills by the day.

And yes when the shot is taken you can not change anything, but for analysis of “why isn’t the area sharp that I focused on” I’m still of the opinion like here Displaying Focus Points - #21 by Guenterm
And the whole FR got 32 votes

And did you see my reply in that thread?

Displaying Focus Points Which feature do you need?

The problem with focus info in exif data is the not all cameras provide it and, when they do, it can be quite confusing. See this page from Phil Harvey’s excellent ExifTool documentation for the Nikon. Even using Nikon’s own NX-D software, if nothing is in focus, it doesn’t show which point was being used to attempt to focus.

Especially the bit about Nikon’s software not being able to show the intended point if no focus was obtained.

Personally, I have changed to “back-button-focusing”, where the shutter no longer activates auto-focus, meaning that you have to press the “AF-ON” button separately.

For me, it separates choosing point of focus from framing and measuring exposure so, onc I have set the focus, I am free to change framing without fear of the focus points picking up on something nearer or further.

I also set the AF mode to AC-C, which means that, should I want following focus on a moving object, all I have to do is hold the back button down instead of releasing it for static shots.

Well, it works for me but it did take me a few weeks of practice to get the hang of it.

Yes I’ve seen, but you know there is your truth, there is my truth and there is the truth

And I wrote also

A few month’s ago I’ve got photos from my nephew taken with Nikon equipment, an he was asking me why the photos aren’t sahrp. No chance in DXO to see where the focus point was by taking the photo.
So I have to install Capture NX-D to got this information.
So I understand the request by azkaz

What has back-button focusing to do with the display of focus-points in a RAW-converter? I also use BBF, but that doens’t help me

I also don’t understand the point of

The metadata can be in all sorts of inconsistent places and is likely to be a nightmare to keep up with manufacturers changes.

And because some manufacturers are incapable of giving focuspoints a nice place in metadata, we should also forget about them?

There’s a difference in size of Nikon D7xxx, D8xx focus points to D5xxx. Made me realize, that focuspoint is a completely misleading description, it’s more of focus fields - no pinpoint focusing therefore.

Nikon, Sony and Canon’s own software is all able to show the focus points/area.

Strange to me that anyone needs to ask why anyone would want to see what focus points/area was used. Kind of obvious I would have though.

Nikon, Sony and Canon’s own software is all able to show the focus points/area.

As manufacturer they exactly know what they are doing.
Everybody else has to study the metadata included in the files and learn to interpret what it means. Some things are obvious, some are less, some are even unknown as it is know-how protected by the manufacturer ( not described or explained on purpose).

So yes it would be “nice to have” but it is not (always) as easy as it seams.

I completely agree showing the focus points are helpful in the culling process as well as “why did it miss” analysis. The god news is modern cameras don’t miss nearly as much as older cameras, but still, having this information is helpful. And while there may be nuances particularly with some brands of cameras, or some brands may even make it difficult, I believe it can be listed as a feature support on some cameras in some modes, and if camera XYZ doesn’t support it at all or in some situations because, Nikon (as Joanna states) doesn’t save the information if focus isn’t obtained, then that’s a problem for Nikon shooters and Nikon’s problem to fix.

Anyway, I voted for this one, as well as the others.

… but that doens’t help me

I suppose my thinking is based on only ever using a single spot for focus, since there can only ever be one distance at which an image is truly sharp - unless I am using the Scheimpflug Principle to lay a plane of sharp focus from under the camera to infinity.

Matrix focusing can, at best, only average where an algorithm thinks the point of interest might be, which is more than likely why I only ever use single point and it is usually fairly obvious which bit is sharp without software to tell me.

Unless you set the camera up correctly to give you such.

Nikon (as Joanna states) doesn’t save the information if focus isn’t obtained, then that’s a problem for Nikon shooters and Nikon’s problem to fix. 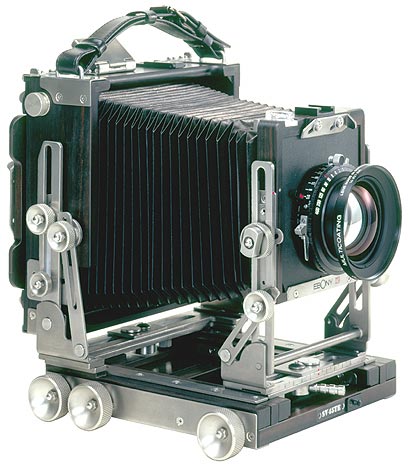 … doesn’t save anything because it doesn’t even have a battery, but I still get eye-cuttingly sharp images, printed up to 2m x 1,6m

I know… you remind us all the time.

Since we’re now in the museum department (again), I just did not run Aperture to find some examples for the use but scrolled through a couple of old screenshots. Just to see, what programmers can do if they don’t declare something as too complicated or too many different manufactures use too many different whatever tags… 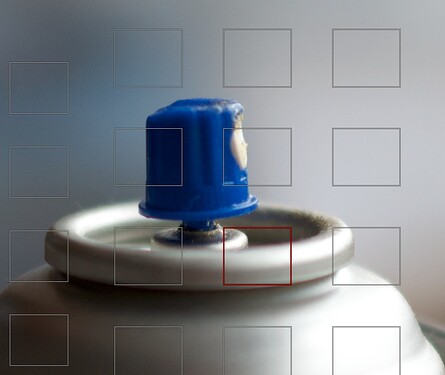 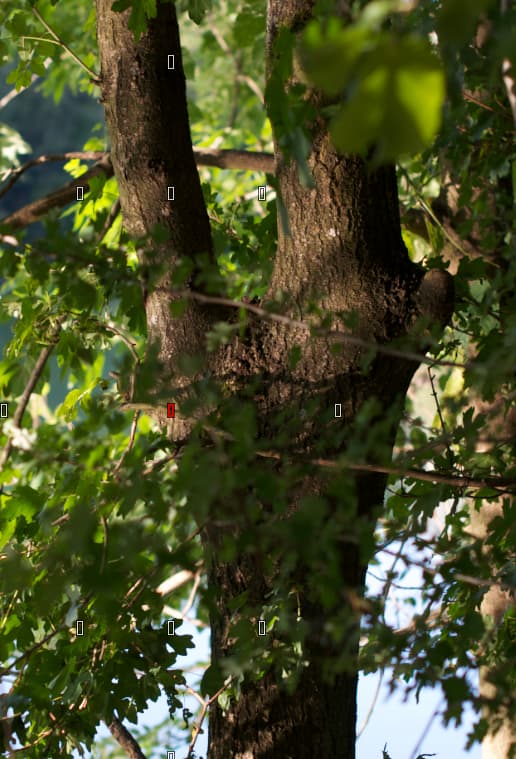 screen-capture-306340×1292 117 KB
And what could tell Aperture about focus mode and distance… 11 years ago that was already possible.
But go ahead and fiddle with your field camera, by the time you set it up and got the Scheimpflug of a street or an ocean (very entertaining subjects, while Scheimpflug is a bit useless for non plane objects) from under the camera to infinity, I have my focus stack ready. 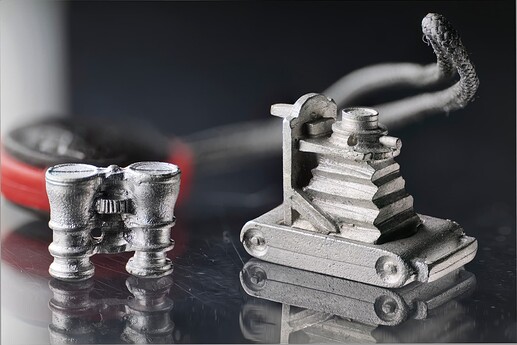 And I simply run out of walls to put all the 3×2 m prints to, but it saved wall paper…

no focus points as I think, it was exported from DxO PL…

I use Fast Raw Viewer which has Focus Peaking to show what is in focus which is much more useful to check which areas of your photos are in focus. Focus Peaking users wedge detection to show focus. FRV is cheap and extremely quick on your actual raw data rather than embedded jpg.

Any eye-cuttingly sharp images of birds in flight ?

Are you saying the manufacturers do not provide the RAW file specification to DxO to allow them to develop their RAW processing engine and that they have to reverse engineer it ?

Yeah Capture One has a similar capability. It’s a good feature. Still, occasionally when the camera has “missed” it’s interesting and informative to see where the focus point was.

I would love for Photolab to have a focus peaking capability.

Yes.
Our files include a so called “Maker note” part, have a look what the creator of Exiftool says:
Boldly Go where No Man has Gone Before…