A Warning about startup apps

I have been having problems with VP3 running on my MacBook Pro (Monterey). The app would open, but the dialog box was completely empty of any information or controls. That is, all that was displayed was a blank dialog box.

The same problem existed for 2 of the Nik modules - Viveza 3 and Perspective FX - and I asked if anyone else was having this problem. No one was, so I started looking for what, on my system, might cause it. The first thing I did was check to see if the problem existed in Safe Mode, and it did not, so it was clear that it was related to one of my startup apps. It turned out to be something called QuickShade which is available in the Apple App Store, but which caused all of my problems when run as a startup app.

Just a warning that there are some apps in the App Store which might cause problems with some Dxo software.

Incidentally, QuickShade only seems to cause this problem when run as a startup app. If I run it after logging in I do not see the same issue.

QuickShade? Is it the one that lets you dim the screen?

Yes, and that is why I got it. I usually am on the computer early in the morning before sunrise and I need the screen to be less bright than during the day.

I don’t know why running it as a startup app differs from running it after login, but that is what I am seeing. It affected the following Dxo apps:

Yes, and that is why I got it. I usually am on the computer early in the morning before sunrise and I need the screen to be less bright than during the day 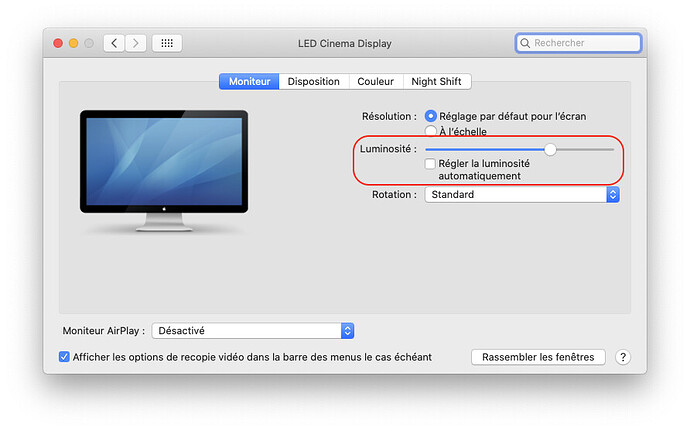 Automatically dims the screen when it get dark.

But, be warned, changing your screen brightness if you screen is calibrated, will totally mess that up.!

Actually I can’t. At least not with the bluetooth keyboard that I use.

I have tried using the normal F1/F2 keystrokes but they do nothing on my Logitech keyboard.

yes, thought you were on a “standard” (non-mac) keyboard. 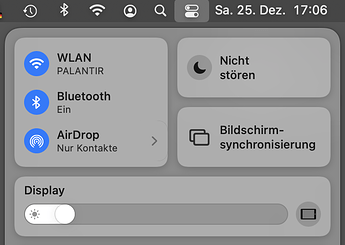 Further I wanted the screen to automatically open dimmed and using a startup app allowed me to do that. This was never a problem until I did a clean install of the OS. Until then every update I did just carried my old screen app along and it was not a problem. When I did a clean OS install I could no longer use the old app (it was no longer available in the App Store) so I picked up QuickShade and then this problem began.